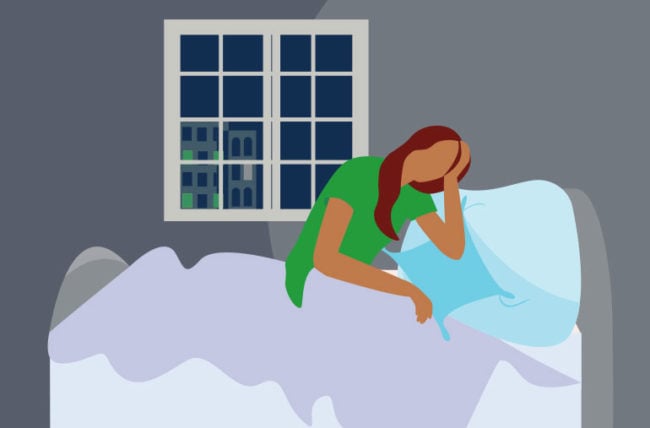 Vaginal bleeding or spotting that occurs after intercourse is known as postcoital bleeding. Bleeding after sex can happen as a result of menstruation, vaginal dryness, inflammation, infection or cervical problems. Most of the time, it’s nothing serious. But bleeding after sex can sometimes signal larger issues, especially if it’s happening consistently.

Ob/Gyn Philip Brzozowski, MD, explains some of the more common reasons why you may be bleeding after you have sex and when treatment is necessary.

Common causes for bleeding after sex

Vaginal bleeding might occur if your hymen breaks, from either vaginal intercourse or other means. When this happens, this is normal, but it’s different from postcoital bleeding. Postcoital bleeding is related to a number of conditions that are infectious or noninfectious.

This may seem obvious, but before you call your doctor, consider whether it’s around that time of the month. “If you have sex right before or after your period, that may explain your bleeding,” says Dr. Brzozowski. Keeping track of your cycles with a menstrual calendar is helpful for resolving such questions and understanding more about what’s happening during your menstrual cycle.

Also commonly referred to as vaginal dryness, vaginal atrophy is a condition where the lining of your vagina gets drier and thinner, typically because of a lack of estrogen. People of all ages can experience vaginal atrophy, though it most often shows up after menopause. “If dryness is severe, the friction of intercourse may cause bleeding,” Dr. Brzozowski explains. “Using lubrication during sex may help, but if estrogen is the issue, your doctor may recommend hormone replacement therapy in pill, insert or cream form to replace what was previously lost.”

Cervicitis is the inflammation of the cervix, often as the result of infections or irritation. This condition may cause bleeding or a change in vaginal discharge. Possible causes include:

Although the bacterial and viral infections that cause cervicitis are contagious, this condition can be treated with antibiotics or antifungals.

With cervical ectropion, the soft, glandular cells that line the inside of your cervical canal expand into the outer part of your cervix (where the cells are typically harder), almost as if it’s turning itself inside out. This is a normal condition for many people with a cervix and usually doesn’t require treatment. But if there are symptoms, such as excessive discharge or bleeding, it could require outpatient heat or cold therapy to treat the area and stop the bleeding.

“If you have bleeding or pain from cervical ectropion that interferes with your sex life, your doctor may recommend treatment,” says Dr. Brzozowski.

These are growths on the opening of your cervix that sometimes result from chronic inflammation or hormonal changes. Almost all cervical polyps are benign. If your symptoms are minor, you may not need treatment. Sometimes, with irregular bleeding, there’s a small chance of abnormal cells developing. In these cases, your polyps are removed and sent for evaluation to make sure those cells are benign.

If your uterus comes out of its normal position, your cervix and other tissues are sometimes exposed. Symptoms of this condition include pelvic pain, abdominal pain or lower back pain and pain during sex. If your uterine prolapse is severe enough, it may cause bleeding.

For a minor prolapse, your doctor may recommend weight loss or Kegel exercises to strengthen muscles in the area. In more severe cases, your doctor can insert a ring to support the tissue or perform surgery to repair it.

About 11% of people who have cervical cancer have postcoital bleeding, according to Dr. Brzozowski. In fact, it’s often the first symptom of cancer and one of the things you’re probably most worried about.

“Cervical cancers are preventable in most cases as long as you follow up with your gynecologist and have a routine screening done,” notes Dr. Brzozowski. “Cervical cancer tends to be very slow-growing over many years.”

If you’re diagnosed with cervical cancer, your doctor will refer you to a gynecologic oncologist for further management. A simple outpatient treatment can remove abnormal precancerous cells. If the cells are cancerous, your gynecologic oncologist will likely recommend chemotherapy, radiation, surgery or a combination of treatments depending on your condition.

Is bleeding after sex normal?

A good rule of thumb is that any abnormal bleeding, whether it’s just a few drops or a large amount, needs to be evaluated, Dr. Brzozowski says.

“If you are experiencing something that isn’t normal, it’s not necessarily bad, but if it is consistently happening or you are just concerned, get it checked out,” he adds.

During your visit, your doctor go over your medical history and ask you about:

A physical exam will check for signs of infection. If your Pap test isn’t current, your doctor can perform one for you while you’re in their office. A Pap screening can help determine the need for any further tests or procedures.

If your testing shows no problems, but your bleeding continues — and it only occurs after sex — your doctor will likely want to check your cervix and do a biopsy. This may show any underlying condition that a physical exam and Pap smear didn’t find.

“The important thing to remember is that most of the time, it is nothing serious,” Dr. Brzozowski says.

How to stop bleeding

Pain Down There? 5 Reasons Your Pelvis and Vagina Hurt

5 Common Problems ‘Down There’ — and Whether They Are Contagious

Is There Blood in Your Urine? What You Need To Know 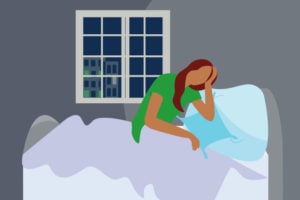 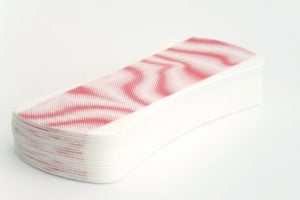 Bleeding After Sex: What You Should Know

Bleeding after having sex is alarming, and any unusual or abnormal bleeding requires attention.