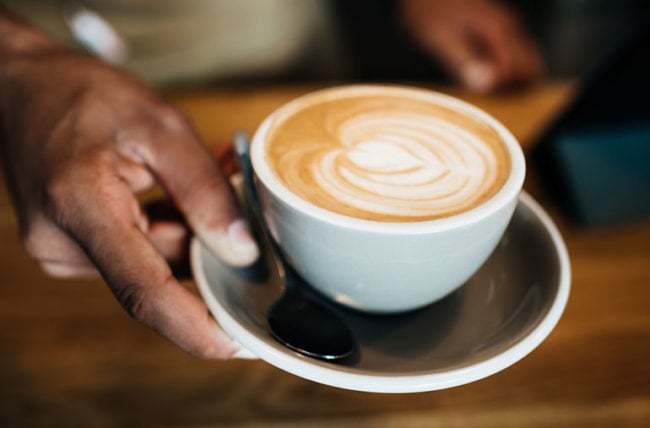 Coffee is a big part of morning routines everywhere, either served a hot and robust or iced and smooth. And we all take our coffee different ways – cream and sugar, milk, nothing at all.

But how does your daily caffeine fuel affect your cholesterol? We spoke with cardiologist Dennis Bruemmer, MD, PhD, about coffee, cholesterol and how to keep things healthy.

For the most part, you don’t have to worry about brewed coffee as it has no cholesterol in coffee beans, according to Dr. Bruemmer. “There are certain types of coffee where the low-density lipoprotein (LDL) cholesterol levels may be a little higher,” he says, “like French press coffee, Turkish coffee and espresso.”

LDL cholesterol is typically considered the “bad” cholesterol that causes the build-up of fatty deposits within your arteries, reducing or blocking the flow of blood and oxygen your heart needs. The other type of cholesterol, high-density lipoprotein (HDL) is better in higher numbers because it can help remove LDL from your bloodstream.

But, he adds, in the amount that we typically consume, there’s very little — if any — effect of coffee on cholesterol, as long as the intake is in moderation. The same goes for adding cream and sugar: As long as it’s done in moderation, it’s unlikely to have much of an effect.

“Most of the LDL we have in our body is genetically predetermined,” Dr. Bruemmer says. “We can make it much worse by consuming the wrong foods. But your LDL wouldn’t lower much if you stopped drinking coffee.”

That’s not to say it’s impossible to do real damage with other kinds of coffee drinks. So much of the way Americans consume coffee now also includes giant, sugar-packed espresso drinks topped with whipped cream, confections more akin to desert than breakfast.

“Now we’re not talking coffee anymore,” Dr. Bruemmer says. “We’re talking about cream and caramel, things high in sugar. They’re consumed as a full meal and have 50 grams or more of sugar. Once you consider the cream and even the size you’re talking about 600 calories, over a quarter of your daily calories right there. It’s completely out of proportion to what moderation would be considered.”

It becomes even worse when it becomes part of your daily routine and other snacks from the bakery section are thrown in. “The food industry is very consumer-oriented,” he says. “They’re motivated to sell what people come back for so you have these satisfying and palatable yet calorically dense drinks and it just creates a vicious cycle.”

Every once in a while, a big, sugary coffee blend drink is probably okay but you’ll be doing you and your body — not to mention your wallet — a favor in the long run by limiting your intake of those types and drinks and sticking with the tried and true classic brewed coffee.

Is Sugar Bad for Your Heart?

The Health Benefits of Coffee

Everything You Need to Know About Your Cholesterol 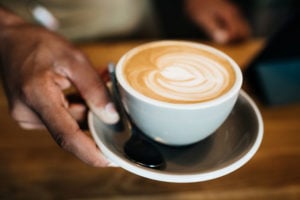 What You Should Know About Cholesterol and Coffee

Wondering how coffee affects your cholesterol levels? A Cleveland Clinic expert weighs in.