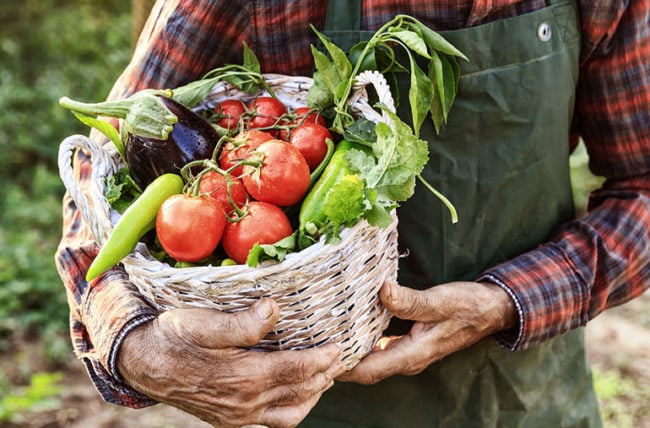 Gluten, FODMAPs, dairy … it’s hard to keep track of what foods people are avoiding these days. And here’s another to add to the list: nightshade vegetables.

These vegetables (some of which are actually fruits) are highly nutritious diet staples in many cultures.

A single bell pepper, for example, contains well over the recommended daily amount of vitamin C, and tomatoes are a major source of the antioxidant lycopene, which some studies have associated with decreased risk of certain types of cancer.

So why do people avoid them?

Remember how nightshades contain small amounts of alkaloids? Alkaloids can be dangerous in large doses. In fact, there are many other plants in the nightshade family that are poisonous to humans (like, ahem, tobacco).

Even though they contain low levels of alkaloids, edible nightshades might, to some people, seem guilty by association. But some people also seem to think they promote inflammation — the root of many health problems.

While there haven’t been any large-scale studies demonstrating this (at least not yet), some diet plans exclude nightshades, claiming that people report feeling better when they don’t eat them.

But that doesn’t mean everyone should be cutting them out of their diet.

“A food sensitivity is very patient-specific and can often be a symptom of another imbalance rather than a permanent problem with that food,” Lachman says.

Lachman explains that if there does turn out to be any benefit in reducing nightshades, it would most likely be for those with inflammatory or autoimmune conditions like arthritis, psoriasis and possibly inflammatory bowel disease.

For most people, there’s no need to avoid nightshades, as studies haven’t linked them to negative health consequences. “These foods are incredibly healthy and offer more health benefits than costs,” Lachman says.

However, just like any food, it is possible to be intolerant to them. If you think you have a sensitivity to nightshades, Lachman recommends cutting them out for a few weeks while keeping a close eye on symptoms to test for tolerance.

“If avoiding nightshades improves symptoms, then we work with the patient to determine the root cause of inflammation and likely improve tolerance to nightshade foods over time,” she says.

And, in the end, if you prefer to eliminate them, it’s important to make sure you’re still getting important vitamins and antioxidants from other sources.

Lachman recommends using beets to make a “no-mato” sauce, swapping white potatoes for sweet, and using Italian spices like basil, thyme and rosemary instead of cayenne or paprika.

Quick, Easy Ways to Get Good Fats Into Your Diet

How to Make Healthy and Delicious Smoothies

15 Foods That Can Cause Bloating

What’s the Deal With Nightshade Vegetables?