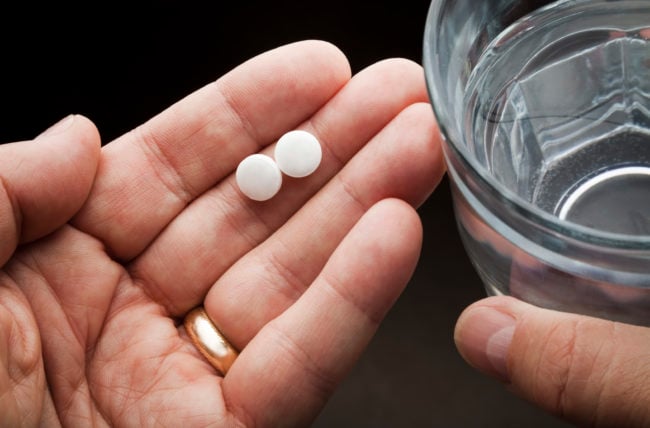 Taking an aspirin might save your life during some medical emergencies — when you’re having a heart attack, for instance. But it can make things worse in other cases.

So when does aspirin help — and when could it do more harm than good?

“Aspirin is a blood thinner that prevents further clot formation by inhibiting platelets — the small blood cells involved in the clotting process,” says cardiologist Chadi Ayoub, MD. “This reduces the risk of death and limits the damage a heart attack can cause.”

However, that same anti-clotting property can make matters worse if you’re having a certain type of stroke. So if you think you or someone around you is having a stroke, don’t risk taking aspirin. Call 911, and get medical help right away.

Blame blood clots for ischemic strokes, which block an artery and starve the brain of oxygen and nutrients. Taking an aspirin for an ischemic stroke can prevent further clot formation.

“More than 85% of all strokes are ischemic,” says Dr. Ayoub. “Aspirin is helpful if taken within the first 48 hours of an ischemic stroke.”

But the other 15% of strokes are hemorrhagic, caused by blood vessels bleeding into the brain. As a blood thinner, aspirin would increase bleeding and worsen a hemorrhagic stroke.

“If you think you are having a stroke, see a doctor first before taking any aspirin,” advises Dr. Ayoub.

A physician will usually do a scan of your head, such as a CT scan, to help clarify the type of stroke you’ve had. Then they can decide whether aspirin will help.

If you’ve already had a heart attack, your doctor may prescribe medications to reduce the chance of another one (called secondary prevention). These drugs include:

“Aspirin, taken with these other tablets, serves as an important complement to your treatment by reducing the chance of another heart attack,” Dr. Ayoub says.

Aspirin is also helpful for those who have a coronary artery stent or have had coronary bypass surgery.

“To protect stents and grafts, aspirin is prescribed for life,” explains Dr. Ayoub. “After receiving a stent, it’s important to take aspirin as well as another blood thinner every day.”

After a period of time, depending on your type of stent, you can stop the other blood thinner after your doctor tells you it is safe to do so.

But stopping the aspirin can cause a clot in the stent and a life-threatening heart attack.

In most cases, doctors recommend taking 81 milligrams of baby aspirin per day for prevention.

But there are times when an adult dose is best. “If you are preparing to get a stent or if you suddenly have a heart attack, you want to take a regular-strength dose of 325 milligrams,” says Dr. Ayoub.

It’s always best to check with your doctor on the dosage, he adds.

Aspirin comes in different forms. Dr. Ayoub recommends taking the chewable type, if you have it on hand, during a heart attack.

“Chewable aspirin is absorbed faster in the stomach, so its onset of action is faster,” he says.

If you’re taking aspirin to help prevent a heart attack, an enteric-coated aspirin helps reduce stomach irritation. The coating allows the aspirin to bypass your stomach and be absorbed within the intestines.

“However, if you think you are having a heart attack, the most important thing to do is not delay getting prompt medical attention,” says Dr. Ayoub.

Because aspirin can irritate the stomach, always take it with water and a meal, Dr. Ayoub advises.

Who should avoid aspirin?

Because aspirin may increase the risk of bleeding, talk to your doctor before taking it if you:

If you’re having a heart attack, take an aspirin while someone calls 911. It may save your life. But for other emergencies, seek prompt medical attention first — and allow your doctors to decide.

How Safe Are NSAIDs for Someone Who Has Had a Heart Attack?

High Blood Pressure? What To Do When Your Medication Isn’t Enough

How to Protect Your Heart When You Have Prediabetes 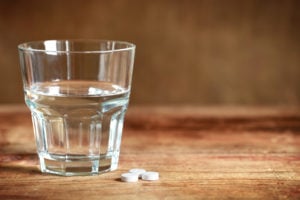