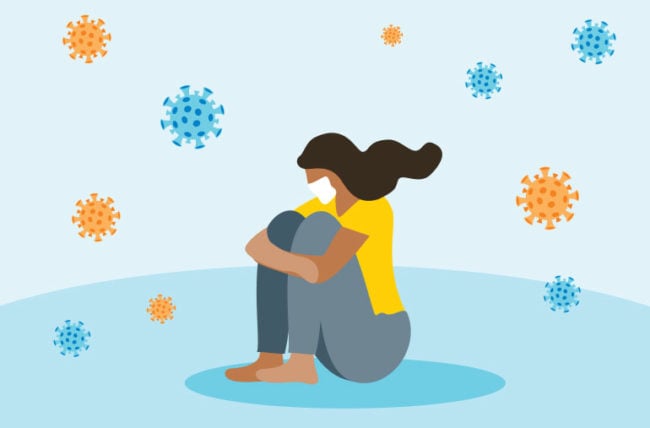 Newer illnesses like COVID-19 may grab headlines, but old-and-familiar ailments such as influenza remain a serious health concern ­— a fact that many might learn during the upcoming flu season.

Totals should fall within that wide range during the upcoming flu season, experts say.

Yet despite those numbers, the flu often gets talked about as if it’s little more than the sniffles. That’s a serious underestimation of the illness, cautions infectious disease specialist Kristin Englund, MD.

“It’s not a common cold,” stresses Dr. Englund. “The flu taxes your body. There’s a lot of stress put on your system as it works to fight off the infection — and that can lead to all sorts of complications.”

How dangerous is the flu?

So, why is influenza sometimes mislabeled as a cold? Well, the viruses share symptoms such as a cough, fever and an overall cruddy feeling. With the flu, though, symptoms often hit harder and last longer.

“Perfectly healthy people can get severe complications from influenza,” says Dr. Englund. “But if you have any underlying health issues, the risk becomes much greater.”

In severe cases, the flu can lead to:

Who’s most at risk?

Somewhere between 10% and 20% of the population — which represents millions upon millions of people — get infected with influenza every year. Most will recover within three to seven days, though some may see symptoms last a few weeks.

But your risk for developing severe flu complications increases if you have:

In addition, people at opposite ends of the age spectrum — those younger than 2 years old or older than 65 — tend to be more vulnerable when it comes to flu-related complications. Ditto for those who are pregnant.

Avoiding the worst that the flu dishes out begins with avoiding the flu … and the most effective way to do that is to get your flu shot, advises Dr. Englund.

The CDC reports that getting a flu vaccine lowers your risk of getting sick by 40% to 60%. During the 2019-2020 flu season in the U.S., influenza vaccinations prevented an estimated:

And even if you do get flu, research shows that a flu shot helps to reduce the severity of the illness. A 2021 study found that a flu vaccination lowered the risk of ICU admission by 26% and death by 31%.

“It’s a simple shot that’s extraordinarily safe,” says Dr. Englund. “So, why not protect yourself?”

(On a side note, it should be emphasized that the flu shot CANNOT give you the flu.)

Other ways to prevent the flu

Want to keep the flu bug at bay this flu season? Aside from getting your flu shot, consider these tips:

What if you still get the flu?

Despite your best efforts, it’s possible you may still get the virus. Don’t ignore flu-like symptoms such as a fever, cough and body aches. Talk to your doctor right away, especially if you’re in a high-risk group.

Quick action could allow you to benefit from anti-viral medications, which can lessen flu symptoms and help you bounce back a little more quickly.

The bottom line on the flu? Take it seriously. “We see so many people in hospitals every year because of influenza,” says Dr. Englund. “People die from the virus every year, too. It’s not something to ignore, so take the precautions you can to stay healthy.”

Can the Flu Trigger a Heart Attack?

Why You Definitely Need to Get a Flu Shot This Year

What’s the Difference Between RSV, the Flu and COVID-19?

Can the Flu Shot Give You the Flu? Is the Flu Dangerous?

Influenza is a severe, contagious illness that should to be taken seriously. An infectious disease specialist explains why.