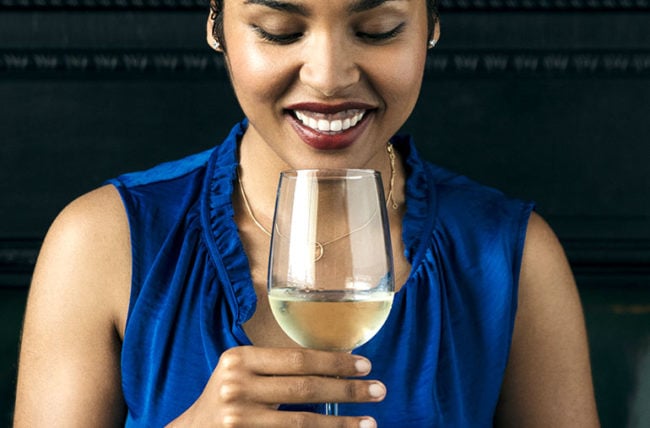 Obesity, alcohol-related liver disease and fatty liver disease (a disease associated with increased amount of fat in the liver) continue to rise and lead to cirrhosis in men and women in the U.S. and around the world.

The risk of developing cirrhosis changes as women age and is something they should always be mindful of, according to hepatologist Jamile Wakim-Fleming, MD.

“This is primarily because more underlying liver and autoimmune diseases — as well as specific medicine or drug-related issues — affect more women than men,” Dr. Wakim-Fleming says. “This is a unique trait for women and it should make them more vigilant about their liver health, not only when they’re older but throughout their entire life.”

Cirrhosis related to drug or alcohol use

Alcohol affects both men and women. Studies show that men generally tend to drink more — and more often — than women. Women also drink about half the amount of alcohol that men drink.

But according to Dr. Wakim-Fleming, women are more sensitive to drug or alcohol-related liver disease than men — due in part to their body composition.

“Studies have shown that consumption of one drink per day, in comparison to long-term abstainers, showed an increased risk for liver cirrhosis in women but not in men,” Dr. Wakim-Fleming says. “This is not to say that men are protected from alcohol-related cirrhosis. In fact, some studies show that any degree of alcohol intake may have harmful effects on both men and on women. But the risk for cirrhosis is higher when there’s underlying liver disease, and with the ingestion of certain drugs — both of which women are more prone to experience.”

Fatty deposits in the liver commonly happen as a result of drinking alcohol and not only by gaining weight. Drugs and alcohol affect women’s livers earlier and more rapidly than men, and at a lower dose, she says. Women are smaller and also have more body fat, both of which cause them to metabolize drugs and alcohol at a slower rate than men.

That means women can’t drink the same amount of alcohol as men without the likelihood of more liver damage.

They also need to be cautious with certain medications like pain medications, antibiotics or medications available in drug stores. Women are much more likely to have toxicity from drugs than men, whether prescribed by a doctor and taken in excessive amounts or bought in a drug store.

“Surprisingly, women as young as their late teens and early 20s can develop cirrhosis due to a variety of autoimmune diseases that affect them at a young age,” she says. These include:

Autoimmune hepatitis and primary biliary cholangitis may also coexist or overlap in the same patient. Although they’re treatable, they are not curable. Over time patients may end up progressing into cirrhosis.

“It’s unclear why these autoimmune diseases are more common in young women than men,” Dr. Wakim-Fleming says. “But sex hormones like estrogen, genetics and environmental factors seem to play a role.”

The lack of estrogen following menopause can also have a negative effect on the liver.

“After menopause, women in general are at risk of gaining more weight because of hormonal changes, and they may not exercise as much as they used to. There are also genetic factors that contribute to cirrhosis” she says.

“When women gain weight, fat accumulates in the liver cells. This creates a toxic environment for the liver that leads to fibrosis, then cirrhosis and eventually cancer. Fatty liver is fast becoming the number one reason for liver transplants,” Dr. Wakim-Fleming says.

Protecting yourself from cirrhosis

“Cirrhosis is a silent killer,” Dr. Wakim-Fleming warns. “You may not know you have it until it is too late to reverse it. So it’s better to take a proactive approach and be aware of this silent killer so that preventive measures can be taken early on”

Women tend to have smaller muscle mass, and this affects their kidney scores. That means their medical severity score may be lower than it truly is. Cirrhosis is associated with weakness of bones (osteopenia and osteoporosis) and can hamper the ability of women to become pregnant.

While some risk factors for cirrhosis (such as genetics) are beyond your control, adopting a healthy lifestyle at any age can help to reduce your risk.

As for non-prescribed herbal supplements, Dr. Wakim-Fleming says women can save their money and skip them.

“The problem with supplements or complementary medicines is that they’re not usually regulated, so you don’t really know what’s in them, or their real benefits,” she says. “You don’t need herbal supplements to stay healthy. Your doctor may give a supplement if your body in is low in it. Recent studies have shown that three to four cups of dark coffee daily may have some protective effects on the liver as well. But discuss this first with your doctor, as you will need to balance the negative risks of too much caffeine.”

Is Doing a ‘Dry January’ Good for Your Health (or Not)? 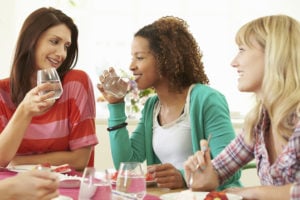 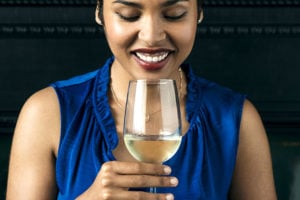 Why women who don’t drink can still get cirrhosis and other types of liver disease. Our expert explains.