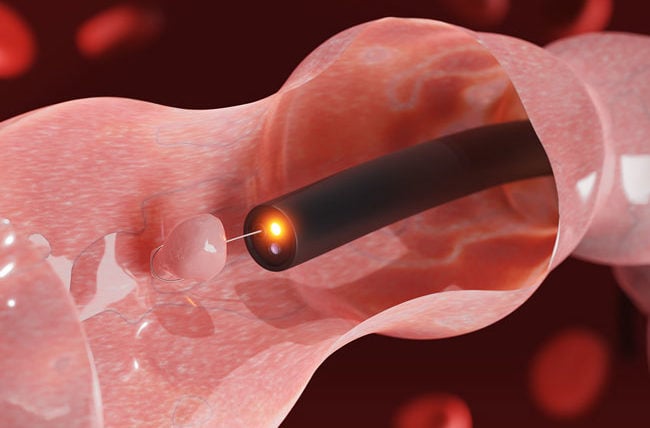 The results of your colonoscopy come back with some … well, big news. You have colorectal polyps — and they’re large. It turns out that some polyps can grow to the size of a person’s thumb.

Sizeable polyps can be tough to remove. Often, these giants can’t be taken out during a colonoscopy. So, what do you do now? And will surgery be necessary?

The concern about a colon polyp being cancerous grows with the size of the polyp, says Dr. Gorgun. Polyps larger than 20 millimeters (mm) have a 10% chance of being cancerous. They need to be taken out and tested.

All colorectal cancers arise from benign, precancerous polyps, so it’s important to remove them before problems grow. Smaller polyps often can be easily removed during a colonoscopy. (That procedure is known as a polypectomy.)

Unfortunately, larger polyps can be difficult to remove because:

Given the complications noted above, a polypectomy may not be the best approach for removing larger colon polyps. Here are other options.

Endoscopic submucosal dissection (ESD) is an advanced way of doing surgery through the same tube used for a colonoscopy. This technique has been increasingly used over the past decade, says Dr. Gorgun.

Tiny knives cut away the polyp during the procedure, allowing for a more thorough removal. (During a polypectomy, removal is done with a wire loop snare that doesn’t offer the same precision.)

It’s considered a minimally invasive procedure and is typically done on an outpatient basis.

One of the big benefits of ESD? It could prevent you from needing a more aggressive surgery known as a colectomy. (More on that below.)

There have been concerns raised about an increased risk of bleeding following an ESD compared to a polypectomy. But Dr. Gorgun says he believes that the risk may actually be less given the surgeon’s ability to better see blood vessels.

The risk of perforating your bowel is higher with ESD than with polypectomy, however.

Some doctors may refer patients with large polyps for a colectomy, a surgery to remove part or all of their colon. It’s a major abdominal procedure that could lead to a colostomy.

While a colectomy may be needed, make sure to explore your options, advises Dr. Gorgun. (Learn about one patient’s decision-making process in this Cleveland Clinic Quick Case video.)

“Be sure to get a second opinion from a doctor experienced in advanced polypectomy techniques,” Dr. Gorgun advises. “Removing polyps gets trickier as they get bigger, but some doctors may be more comfortable than others removing large polyps.”

Which Colorectal Cancer Screening Method Is Right for You?

How To Prevent Colorectal Cancer

4 Things You Should Know About Colon Cleansing

Is Colon Cancer a Risk Only if It Runs in Your Family?

How Long Does It Take Colon Polyps To Turn Cancerous? 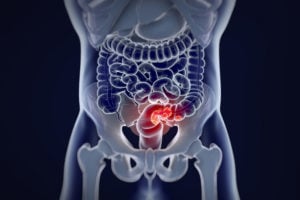 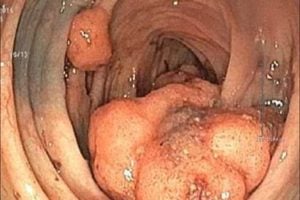 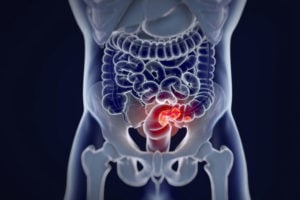 Do You Need Surgery To Remove Large Colorectal Polyps?

Larger colorectal polyps can be difficult to remove, but there are options — including a minimally invasive procedure known as ESD. A colorectal surgeon explains.