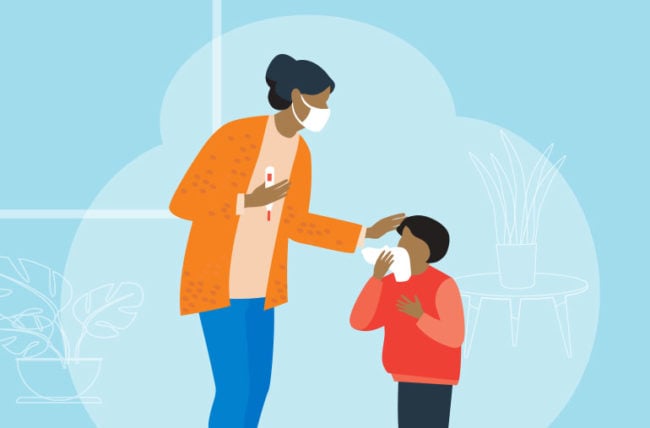 Does a fever always mean your child is seriously ill? Not necessarily, says pediatrician Sarah Klein, MD. “Many parents think a fever is caused directly by a virus or bacteria, but it’s actually caused by your child’s immune system fighting the germ,” she says.

Germs don’t like higher temperatures. That’s why your body will send hormones to turn up the heat whenever it fights infection.

“Fever may not feel friendly, but it’s not necessarily your foe either,” says Dr. Klein. She says there are many longstanding myths about childhood fevers.

Parents often worry when their children have fevers, but for the following reasons, they don’t necessarily need to be so concerned.

Here are five myths — and truths — to cool your head about childhood fevers.

Myth #1: The higher the temperature, the more serious the illness

Truth: A high temperature may indicate a serious illness in teens and adults, but not always in children 12 and under.

A child’s immune system isn’t as finely tuned, so it attacks every germ at full force. That’s why children can get a high fever due to a simple cold while adults typically don’t. “More important than the number on the thermometer is how your child is acting,” says Dr. Klein.

“Make sure they are drinking fluids, are somewhat active and feel better after taking appropriate doses of acetaminophen or ibuprofen,” she adds.

Myth #2: For true accuracy, only a rectal temperature will do

Truth: Taking a rectal temperature isn’t always necessary. Rectal temperatures are most accurate but don’t fret about getting one in older children, advises Dr. Klein. They are most important in the first six months.

“It’s certainly easier to place the thermometer in your child’s armpit,” she says. “It will stay put as you hold your child.” The armpit (axillary) method is appropriate for any age — and nearly as accurate. So is the oral method, although children usually can’t hold the thermometer under their tongue until age four.

Truth: Tympanic (ear) and temporal (forehead) thermometers aren’t as reliable as digital multiuse thermometers. Their readings can be skewed by external temperatures.

A digital multiuse thermometer is the only kind you need. “They’re inexpensive, they’re fast and they’re easy to use,” says Dr. Klein.

As for pacifier thermometers and forehead strips? “I wouldn’t trust their readings,” Dr. Klein says. “There isn’t great science to show they are as good as standard oral or axillary methods.”

“Your temperature also changes throughout the day, due to hormone cycles,” says Dr. Klein. “While rectal temperature stays the steadiest, axillary and oral temperatures will be lowest in the morning and about one to two degrees higher in the late afternoon and evening.

“In other words, an oral temperature of 100° just before bedtime may be normal. An axillary temperature of 99° in the morning may be the start of a fever.” Anything over 100.4°F is considered a fever.

Myth #5: A high fever will cause seizures

Truth: Contrary to popular belief, a high fever will not cause seizures.

Febrile seizures are not caused by high fever, says Dr. Klein. They’re caused by a sudden elevation in temperature (even if just increasing from 98.6 to 101°F ). “You don’t need to reduce fever to prevent seizures,” she says. “Children can have febrile seizures before you even know they have a fever.”

When fevers are normal

Generally, fevers that last less than five days are not anything to worry about — especially if your child is acting pretty normal (playing, eating and drinking). It’s OK if your child seems a little tired too. A child that is three months to three years old may have a fever up to 102.5°F (and up to 103°F if they’re older). These typically are normal signs of fighting an illness.

Also, if a child was recently immunized, a low-grade fever lasting for less than 24 hours generally isn’t a concern.

In many cases, it isn’t necessary, but you can treat the fever to help your child feel better. “There is no evidence that reducing a fever will blunt the immune response,” says Dr. Klein. “So go ahead and treat a fever, just to make your child more comfortable.”

One exception: If your normally healthy child is sleeping soundly with a fever, don’t wake them to treat it.

When you should call a doctor

If your child has a fever, these are situations when you should call a doctor:

Most Accurate Thermometers for Kids

Fever in Babies and Children: When To Worry

5 Methods to Safely Break a Fever

What is a Normal Body Temperature? 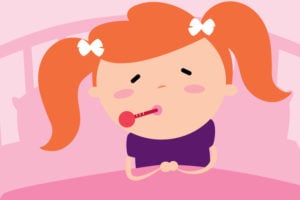 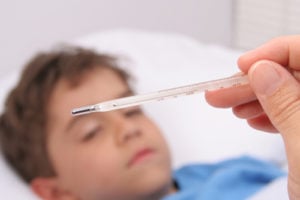 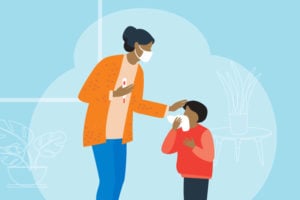 When Your Child Has a Fever: 5 Myths Debunked

You may think you know everything about treating your child’s fever, but there are actually many misconceptions out there. Find out what they are and the best course of action.