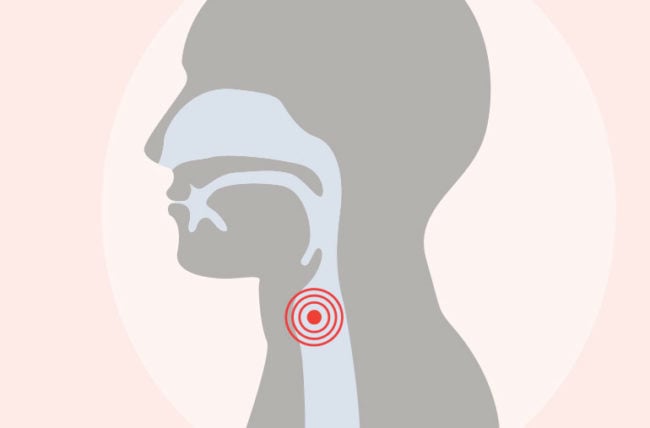 Not everyone who goes through treatment for laryngeal cancer will need to have surgery.

Your care team will do everything they can to preserve as much of your voice as possible. But if a partial or total removal of your voice box (larynx) is necessary, the recovery process will include learning to speak without your vocal cords.

Fortunately, there are effective ways to restore speech after a laryngectomy, and a speech-language pathologist will be there to support you along the way.

“With some of the newer speaking prostheses, a lot of people can still communicate with a human-sounding voice – it’s just deeper and a little more guttural sounding,” says otolaryngologist Paul Bryson, MD.

The larynx, or voice box, is an organ in your throat that connects your lungs to your nose and mouth. It plays a function in your speaking, swallowing and breathing.

Cancer can develop in any of the three distinct parts of the larynx:

Prognosis and treatment options depend on where the tumor is located and how big it is.

“There are always two goals with treatment: to eradicate the cancer and preserve as much of the function of the larynx as possible,” Dr. Bryson says.

If you and your care team decide that the best option is to remove all or part of your larynx, there are a few things that will happen during your surgery.

The trachea (windpipe) and the esophagus (food pipe) will be disconnected, and part or all of the larynx removed. If lymph nodes have been affected by the cancer, they may also be removed.

During a total laryngectomy, the surgeon will also create a permanent hole in your neck – a stoma – that will become your new airway.

The surgeon may also perform a primary voice puncture, which sets the stage for regaining your voice after surgery. (This can also be done after your laryngectomy). They create a pathway between your windpipe and esophagus and place a small, one-way valve (voice prosthesis) in it.

As you recover in the hospital and at home, you’ll stay in close contact with your care team. A speech-language pathologist who specializes in post-laryngectomy voice rehabilitation will work with you to adapt or learn one or more of the following ways to communicate:

Voice prosthesis: If you had a voice prosthesis placed during or after surgery, you’ll be able to learn tracheoesophageal speech. When you cover your stoma with your finger as you exhale, air is redirected through the valve and into your esophagus. Muscle vibrations in the esophagus will create sound as the air flows through it, and you can shape that sound with your mouth and tongue. Newer, hands-free prostheses may make it possible for you to not have to cover the stoma while you speak.

Some kinds of prostheses need to be taken out and cleaned regularly. Others are designed to only be removed by medical professionals and need to be changed every couple of months. Your care team will help you decide on the right prosthesis for you before surgery.

Artificial larynx: These battery-operated, handheld devices are easy to use, although the sound produced has a robotic quality. You hold up the device against your neck, and it turns vibrations into sounds. You can use your tongue and mouth to turn the sounds into words.

Esophageal speech: This method of speech is used less often than others. To do it, you learn to move air down into your esophagus and release it in a controlled way to create sound.

Regardless of which method is best for you, it’s critical to be engaged in the education process and lean on your loved ones for support. “I think the patients that do the best are the ones that have supporting family and friend networks that help them make their appointments and help them make the transition,” Dr. Bryson says.

Surprising Facts About Your Nose

What Is “COVID-19 Voice” and What Causes It?

Voice Changes: What Can They Tell You as You Age?

10 Ways to Keep Your Voice Healthy and Strong

What’s Going On in Your Body When You Lose Your Voice? 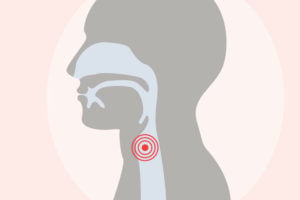 How To Get Your Voice Back After Throat Cancer Surgery

The goal of throat cancer treatment is to eradicate as much of the cancer as possible and preserve as much of your voice as possible. But if a partial or total removal of your voice box (larynx) is necessary, the recovery process will include learning to speak without your vocal cords.