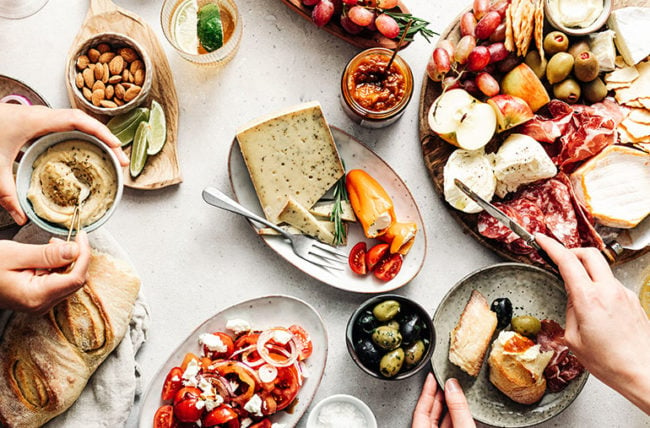 The battle against heart disease, stroke and type 2 diabetes – three of the world’s leading causes of death – may be won or lost on your grocery list.

Unhealthy eating habits stand out as a lifestyle factor that increases the risk of death associated with the chronic diseases, researchers say. Numerous studies draw a clear line between what’s on your plate and mortality.

Each study illustrates the profound impact that food choices can have on your health, says registered dietitian Kate Patton, MEd, RD, CCSD, LD. (Patton was not involved in the cited research.)

“A way of looking at it is thinking about food as medicine,” explains Patton. “The right food can really improve your health and decrease your risk of developing these chronic diseases.”

Foods to avoid to eat healthier

The studies identify some common culprits in poor diets that have long been associated with influencing your heart health and metabolism. Excessive sodium/salt intake ranked among the top concerns.

While sodium is an essential nutrient for your body, too much of it can lead to high blood pressure (hypertension) and damaged arteries that strain your heart, Patton notes. And hypertension is a stepping stone to heart disease and potentially a heart attack or stroke.

The average American consumes about 3,400 mg of sodium per day, according to the U.S. Food and Drug Administration. The federal Dietary Guidelines for Americans 2020-2025 recommends limiting sodium intake to less than 2,300 mg per day.

But it’s not just a matter of putting down the salt shaker. Sugary beverages and processed food – particularly meat – also earned warning flags in the studies, as did foods high in saturated fats.

Foods to build a healthier diet

The road to healthier eating starts in the produce aisle with fruits and vegetables. The average diet for Americans falls short of meeting recommended levels, according to statistics from the U.S. Department of Agriculture.

Healthier diets, like the rightly acclaimed Mediterranean diet, also feature more whole grains, nuts and seafood such as salmon and tuna that are rich in omega-3 fatty acids, according to the various studies.

“These studies and others like them serve as a call to take a closer look at your diet,” says Patton.

It could be a life-saving action.

Link Between Red Meat and Heart Health Happens in the Gut, Study Finds

How Gut Bacteria May Help Curb Your Heart Disease

Why a Sweet Tooth Spells Trouble for Your Heart

Top 7 Benefits of Vitamin B6

Red Wine vs. Dark Chocolate: Which Is Healthier?

A Poor Diet Increases Your Risk of Dying from Heart Disease, Stroke, Diabetes

Studies show that eating healthier could help you avoid an early death due to heart disease, stroke or diabetes. Find out what foods to avoid as well as what to put on your plate from a dietitian at Cleveland Clinic.