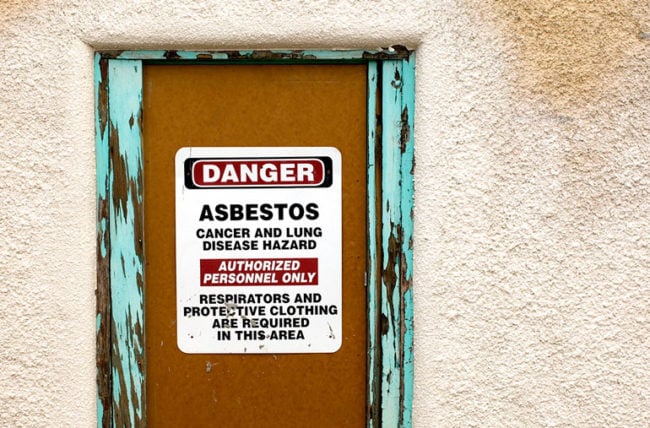 During the 1970s, asbestos became a popular building material found in everything from houses to brake pads on cars. Many don’t realize that asbestos was used as early as the 1800s. Because of its resistance to chemicals, heat, electricity and corrosion, asbestos became popular as an insulator for steam engines and turbines that fueled the Industrial Revolution.

But soon the dark side of this fibrous material reared its head. With connections to different kinds of breathing issues and cancers, asbestos was largely banned in the U.S. in the 1970s and 1980s. Unfortunately, this hazardous material still lurks in many homes and buildings in the U.S. so it’s a good idea to understand what can put you at risk.

Pulmonologist Humberto Choi, MD, says asbestos is quite prevalent throughout houses and buildings. “Before it was banned, asbestos could be found in ceilings, floors and paint because it was fireproof, he says. “It was sometimes even used in crayons.” And it becomes a real risk if you breathe the particles from asbestos.

What health problems can asbestos cause?

“Asbestos can cause a variety of health problems — from benign to malignant” says Dr. Choi.

“Some of the more mild issues are plaque in the lining of the lungs and fluid around the lungs,” he says. But the most serious problems caused by asbestos are lung fibrosis, which is scarring of the lung tissues, lung cancer and mesothelioma, which is a rare cancer that forms in the thin lining that surrounds the lungs.

If you are a smoker or former smoker, this magnifies your risk for some asbestos-related diseases, especially lung cancer.

Symptoms associated with asbestos exposure include:

“Asbestos-related diseases can take decades to show up, and whether or not you develop a disease depends on how long you were exposed and how intense that exposure was,” Dr. Choi says.

If you have these symptoms or suspect asbestos exposure, talk to your doctor.

What are your risks?

If you live in a pre-1970s house or building, asbestos is probably still in the floor tiles, ceilings, pipes or insulation. It becomes a concern when the materials made of asbestos become damaged over time or if you disturb them. Dr. Choi says removing asbestos tiles from floors, for example, releases tiny fibers into the air. “When you breathe those fibers, it poses a danger to your lungs,” he says.

“The concern is the duration and intensity of the regular exposure,” says Dr. Choi. “People who work in the construction, shipbuilding and mining industries are at risk. They can also bring asbestos home on their shoes, clothing or even in their hair. That can put their families at risk.”

People who work in these industries should protect themselves and their loved ones by:

Also, it’s a good idea to check what’s in the products you buy from other countries. Although there are now restrictions on using asbestos in the U.S., that’s not the case everywhere. “If you’re getting products from another country, you may not know they contain asbestos,” Dr. Choi says.

Is any level of exposure to asbestos safe?

Any building built before the 1970s could contain asbestos, especially old houses and offices from the first half of the last century. It’s best to avoid exposure completely, if possible. If you suspect that you may have asbestos in your home or office, it’s best to leave it alone if the area is in good condition. Just check regularly for signs of wear or damage.

But if you’re planning to remodel or would just like to know if you have asbestos for your own peace of mind, have your home or office inspected by an asbestos contractor. “Someone who specializes in asbestos can either cover it or have it removed,” says Dr. Choi.

Is Your Bedding Disrupting Your Breathing?

That Cozy Fire Could Be Hazardous to Your Health

The Warning Signs of Schizophrenia: What You Need to Know

5 Things to Do Every Day to Keep Your Heart Healthy 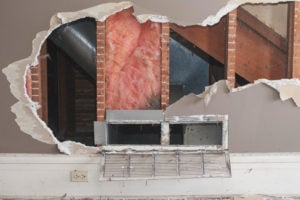 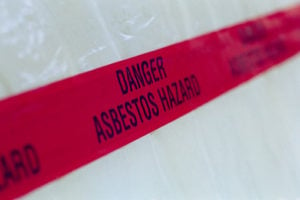 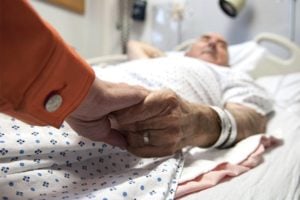 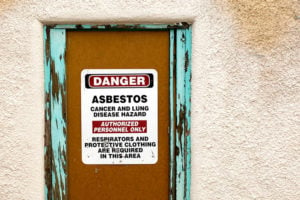 Asbestos Still Lurks in Older Buildings: Are Your Lungs at Risk?

You may be surprised to hear that asbestos still lurks in many older homes and offices. Learn more about the risks of asbestos exposure.