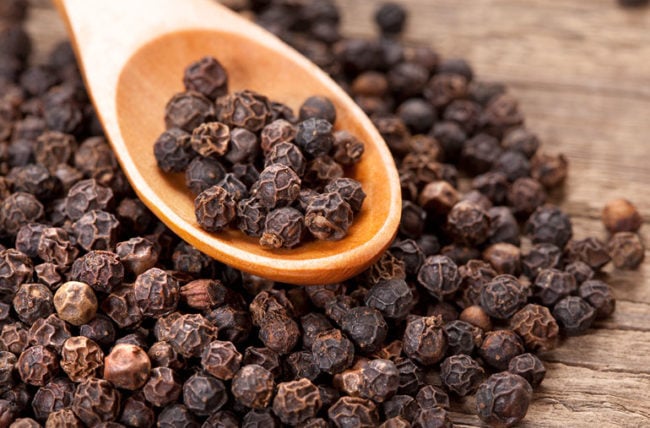 If you’ve ever faced a plate or bowl of bland food or even a dish that was missing just a little something, chances are you’ve reached for a set of salt and pepper shakers. But while the risks associated with salt are well-known, using black pepper isn’t nearly as hazardous.

Registered dietitian Gillian Culbertson, RD, explains some of the research into black pepper, the health benefits and what you should be wary of when you’re dashing it across your plate.

While there hasn’t been extensive research on black pepper, studies that have been done indicate a good number of health benefits from using pepper, including:

The alkaloid piperine is a key compound in black pepper when it comes to these health benefits, including providing antioxidant properties. “Studies of piperine in rats have shown these properties exist,” says Culbertson, though she notes evidence in human patients is lacking thus far.

“We know that the piperine compound also helps with absorbing nutrients like iron and beta-carotene,” Culbertson says, pointing to a 2020 study. “It’s especially powerful when combined with turmeric because it helps your body absorb that spice’s curcumin compound which also has antioxidant and anti-inflammatory properties.”

One of the biggest benefits of black pepper, though, is what it keeps you from eating. “It’s a great salt substitute when you’re looking for something to spice up your meal,” says Culbertson.

Too much salt in your diet can be bad for your heart, raising your blood pressure which increases your risk for heart disease, stroke and heart failure. “You’re getting a great flavor for your foods while making it healthier by cutting out salt,” Culbertson adds.

A history of potential benefits

There are additional benefits listed for black pepper and, specifically, the piperine it contains. Culbertson notes that we still need additional data from studies but, historically, black pepper has popped up frequently as a treatment.

“It’s been used by different cultures as a medicine of sorts for thousands of years,” she says. “It was applied to aid everything from pain relief to digestive issues to immune enhancement.”

Is black pepper bad for you?

While black pepper doesn’t have the same negative effect on your health as salt, eating too much may cause discomfort. “Mostly, too much black pepper can upset your stomach,” says Culbertson. “Overdoing it may lead to the feeling of heartburn or indigestion.”

How much black pepper should you eat?

How much black pepper you eat is, ultimately, up to you.

When using it as an additive to food, especially as a replacement for salt, you want it to meet your tastes. You just don’t want to overdo it. Besides the potential to upset your stomach, too much black pepper will also drastically affect the taste of what you’re eating.

“To help with mineral absorption, you can use just a little bit, as much as an eighth of a teaspoon,” she says. “Some studies looking at its benefits use as much as 1 to 2 tablespoons, but that’s probably too much for most people to tolerate.”

Is Chlorine in Indoor Swimming Pools Hard on Your Lungs? 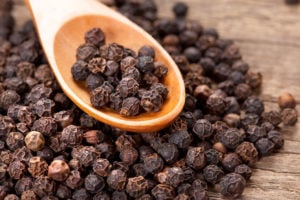 What Are the Health Benefits of Black Pepper?

Black pepper always brings a dash of excitement to your favorite meal, but the spice also contains several health benefits that make it a worthy addition to your plate.