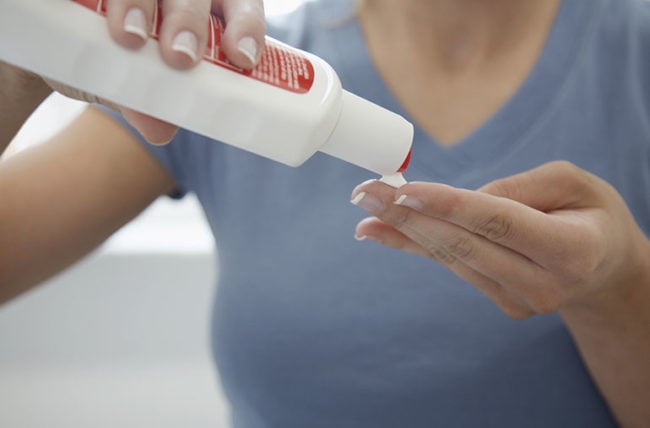 Over the past year, several popular sunscreen brands have been pulled from the shelves after testing showed they contained benzene, a chemical known for its potential to cause cancer. More than 75 spray-style sunscreen and after-sun products were initially recalled, and more have been recalled since.

Researchers say that any detectable levels of benzene in sunscreen up to 2 parts per million should be cause for concern. Initial reports from the 2021 sunscreen recall show benzene concentrations in some recalled products were higher than 6 parts per million.

We spoke with dermatologist Sherrie Bullard, MD, about the risks of benzene in sunscreen, and what you should do to protect yourself and your skin. Her advice was clear: “Don’t stop using sunscreen!”

The chemical benzene is found naturally in things like gas, crude oil and cigarette smoke. The Centers for Disease Control and Prevention (CDC) states that benzene is commonly used for industrial purposes as well — in the manufacturing of plastics, rubber, pesticides and more.

We’re all exposed to low levels of benzene from outdoor pollutants, such as vehicle exhaust. Your indoor air may also expose you to some benzene, as it can be found in glues, paints, furniture wax and detergents. High levels of benzene exposure are likely for people who work at gas stations, as well as firefighters, steel workers, printers and other occupations.

Long-term exposure to benzene can lessen your ability to fight off infection and lead to fertility issues, anemia (low red blood cell count) and leukemia (a cancer of the blood).

How did benzene end up in sunscreen?

The good news is, benzene wasn’t intentionally added to sunscreen. It isn’t clear exactly how it came to be there. The theory being tested is that certain compounds present in spray propellants may mix to form benzene.

Is benzene in sunscreen dangerous?

“Research regarding the risk of using sunscreen with some levels of benzene is ongoing,” Dr. Bullard says. “At this point, we know that benzene pollutants in the environment can be dangerous. Scientists are working to answer further questions, such as whether benzene can be absorbed by your skin and how much benzene-containing sunscreen would place someone at higher risk.”

In the meantime, the U.S. Food and Drug Administration (FDA), which regulates sunscreen, has released updated guidance about the risk of benzene contamination. The FDA is also evaluating the cause of the contamination and proactively working with companies and retailers to remove products from shelves as needed.

Is your sunscreen safe?

While the risks aren’t clearly known yet, the safest route, for now, is to avoid spray-style sunblock, Dr. Bullard says. These are the products that have been most associated with benzene contamination.

The best sunscreen for your skin depends on a lot of factors, including how much sun you’re exposed to and any allergies you may have. Resources like Consumer Reports and the Environmental Working Group have shared test results and recommendations on a number of brands.

Lotion-based sunscreens may contain chemical ingredients but haven’t been found to contain benzene. Choose one that says it “goes on clear” if you worry about the opaque residue some leave behind.

If you want to avoid chemicals altogether, Dr. Bullard suggests a mineral sunblock that’s made with titanium dioxide or zinc oxide.

“Some people prefer mineral sunblocks. They’re less likely to cause allergic reactions, like rashes, that some people find they get from a chemical sunscreen,” notes Dr. Bullard. “The important thing to remember with those is that those are SPF 50 at most, so you’ll need to apply it more often.”

You should apply sunscreen liberally to all exposed skin and be sure to reapply as often as indicated on your product.

Why is sunscreen so important?

While concerning, the recall of sunscreens found to have benzene should not stop us from using sunscreen. Sunscreen use is still very important for preventing skin cancer!

“It’s not just about putting sunscreen on when you go to the beach. We don’t have to deliberately lay in the sun to be exposed to UV rays,” Dr. Bullard stresses. “We are exposed to UV rays at all times, even on cloudy, overcast days. Therefore, sun protection is necessary at all times except during the dark.”

Ultraviolet (UV) rays of the sun are damaging to our skin.

“They can penetrate through clothing, into the skin and cause damage to the DNA of our skin cells,” Dr. Bullard explains. “Unprotected exposure to ultraviolet rays can cause damage that accumulates over time and overwhelms our immune systems to the point we can no longer get rid of abnormal skin cells. This happens more as we age. This is the mechanism whereby UV exposure can eventually lead to the development of skin cancer.”

How To Pick the Best Sunscreen, According to a Dermatologist

Can You Be Addicted To Lip Balm? 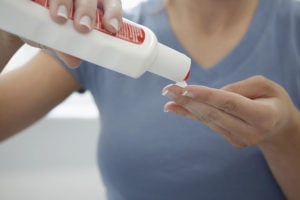 Research into the danger posed by benzene in popular spray sunscreens is ongoing. In the meantime, there are plenty of safe options.