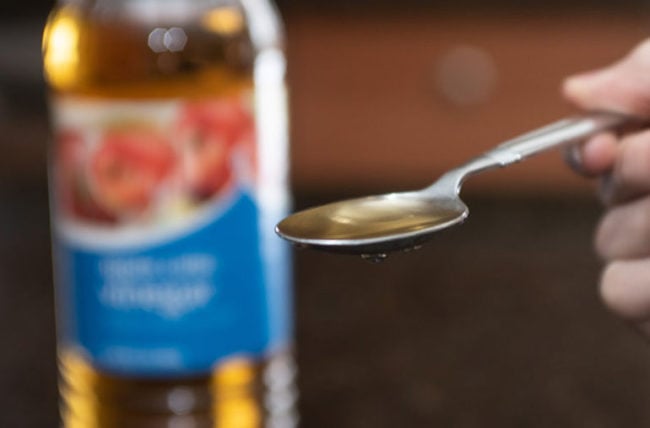 Are you looking for a fast and easy way to lose weight? Join the club. 50% of dieting Americans try fads that promise quick weight loss. Enter apple cider vinegar — could it be the weight loss elixir you’ve been looking for?

“Probably not,” says Czerwony. “The jury is still out because the human studies have focused on adding apple cider vinegar to a reduced-calorie diet. We don’t know if the modest weight loss was due to the calorie reduction, the apple cider vinegar or both.”

Does cider vinegar have any health benefits?

Apple cider vinegar contains acetic acid. People in the study took 1 to 2 ounces first thing in the morning over 12 weeks. Researchers thought the acetic acid might:

Unfortunately, they saw no metabolic effects from the apple cider vinegar. “The conclusion is that the acetic acid just makes people feel nauseous and not want to eat as much,” says Czerwony. “And there may be a psychological effect — people think it’s working, so they unknowingly make other changes that result in weight loss.”

There’s some good news, though: Other studies have shown non-weight loss benefits from apple vinegar, such as decreased blood sugar and triglycerides (a fat found in the blood).

Is it safe to use apple vinegar for weight loss?

Czerwony’s biggest concern is that the acetic acid can erode teeth enamel if taken straight. So she recommends adding it to a drink. Some of her patients add honey and ginger and make it into a cleanse. Others take it in gummy form.

“It’s fine to use apple cider vinegar for a short-term cleanse,” says Czerwony. “It may help you get into the mindset of limiting fats, sugars and fast food. If it’s a way to kick-start your weight loss journey or get your head in the game, it won’t hurt you.”

So the vinegar diet isn’t the magic bullet we’ve been waiting for?

“Our bodies are jerks. They aren’t programmed to give up weight willingly. They think, ‘If I lose weight, I’ll die,’” says Czerwony. “When you start losing weight, there are chemical signals that increase cravings and hunger. Essentially, the body tries to sabotage weight loss. Because of this biological drive, there’s likely never going to be a magic bullet for weight loss.”

Well, that stinks. So what’s a gal or guy to do if they want to shed pounds?

How To Get Rid of Thrush: 8 Remedies

Apple cider vinegar has been used for centuries for this or that. But does it actually work for weight loss? A registered dietitian weighs in.