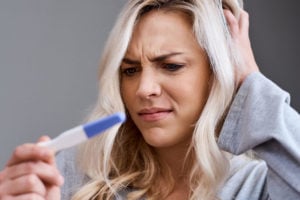 Can You Be Pregnant and Not Know It?

It seems like every so often we hear or read about a woman not knowing she was pregnant and unexpectantly giving birth. An ob/gyn discusses how it’s possible. 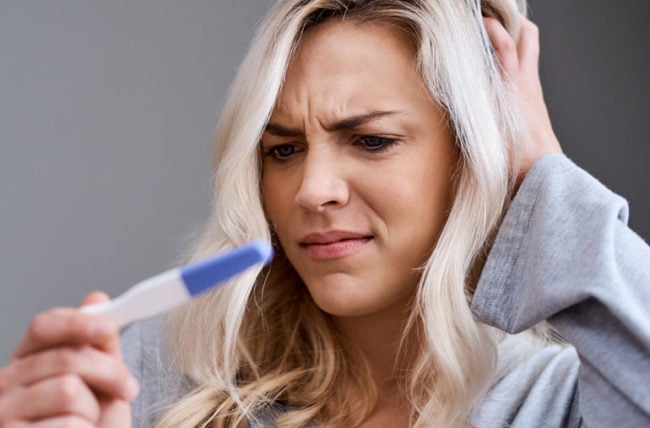 Ladies – we’d all like to think we have a solid grip on “that time of the month” and how our reproductive system works. The arrival of a monthly period is confirmation that you’re not pregnant and things seem to be business as usual.

Still, it seems like every so often we hear or read about a woman not knowing she was pregnant and unexpectantly giving birth to a surprise baby.

We all gasp in wonder. How in the world is that even possible?

But according to ob/gyn Rebecca Russell, MD, it’s not entirely uncommon if the circumstances allow it.

If you’re still skeptical, here are seven reasons why a woman might not realize she’s pregnant:

So how do you avoid a surprise baby?

If you’ve decided that having a baby isn’t for you, or that you’d like to have more notice for when you’re actually expecting – it’s important to be aware of your cycle, your body and how sexually active you are.

“Any women who could get pregnant should be on a multivitamin with folic acid,” says Dr. Russell. “Folic acid greatly reduces the chance of birth defects. It’s one of the most important things you can do if there’s a chance of becoming pregnant.”

It’s also recommended to track your cycle, either with an app or jotting it down on a calendar. Having a pulse of when you menstruate and ovulate could better protect you from an unplanned pregnancy.

“If you start noticing any unusual symptoms, even if you’re on birth control, take a pregnancy test,” says Dr. Russell. “And if that comes back negative and you’re still suspicious in two weeks, take another one.”

It’s also important to remember that having sex – even just one time – could result in pregnancy. Even if you’re having sex rarely and infrequently, pregnancy can still happen.

6 Things That Can Happen When You Stop Taking The Pill

Can You Get Pregnant on Your Period?

Nurse Midwife vs. Doula: What’s the Difference, and Which One Do I Need?

Why You Should Carefully Weigh C-Section Against a Vaginal Birth