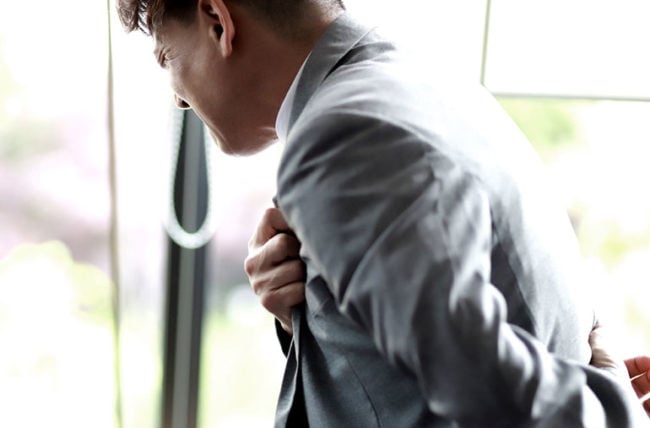 When it comes to heart attack warning signs, there’s a common set of symptoms that many of us know to look for. The vast majority of people who have a heart attack experience these traditional symptoms: chest discomfort or pain, cold sweat and extreme weakness.

But what if a heart attack victim experiences either atypical symptoms or no symptoms at all? These events are referred to as a “silent” heart attack and they’re more common — and dangerous — than you might think.

To better understand what silent heart attacks are and what symptoms to look for, we spoke with cardiologist Curtis Rimmerman, MD.

What is a silent heart attack?

A silent heart attack is one in which a person experiences no symptoms, mild symptoms or a set of symptoms that aren’t typically identified as being caused by a heart attack.

How do you treat a silent heart attack?

Some people whose heart attacks go unrecognized learn about them weeks or months later when they visit their doctor, often for a yearly physical.

“We can tell the size of the heart attack by how much heart muscle has been damaged, often on an electrocardiogram (EKG), or even more precisely on a cardiac ultrasound, or echocardiogram,” says Dr. Rimmerman.

Other people visit their doctors soon after a silent heart attack because they experience persistent symptoms like fatigue and shortness of breath.

Sometimes these symptoms are caused by a leaky mitral valve, caused by scarring of your heart muscle and associated valve dysfunction after a heart attack. Serious complications can follow, including decompensated heart failure, heart rhythm disorders and loss of consciousness.

“While atypical heart attack symptoms are most common among women and people with diabetes, they can happen to anyone,” says Dr. Rimmerman.

Squeezing in your chest

Typically, we think that heart attacks cause chest pains on the left side of our chest. But Dr. Rimmerman says that’s something of a misconception, noting, “Heart attacks most often cause discomfort in the center of the chest, along with a sensation of unremitting squeezing, fullness or tightness.”

Another pair of potential signs of a silent heart attack is if you experience sudden bouts of fatigue and shortness of breath, particularly when performing activities that didn’t previously trigger those symptoms.

Many people think they’re having bouts of heartburn when it’s actually another sign they’ve had a heart attack. Indigestion can cause the reflux of stomach acids into your esophagus and that can sometimes be experienced as pain that grows through your chest and into your throat and jaw area.

If you persistently experience these symptoms or have them at unusual times, contact your healthcare provider as soon as possible. “If it turns out to be heartburn, at least you have excluded something less threatening,” says Dr. Rimmerman. “Don’t let uncertainty lead to regret later on for you and your family.”

“People who experience a heart attack without recognizing it and who survive are very fortunate,” Dr. Rimmerman says. “If you experience sustained discomfort for a period of a few minutes, especially if the symptoms are new and have no clear explanation, do not ignore these concerns.”

Often, people sense that something is wrong but do not want to believe it is a heart attack, he adds, ignoring symptoms or attributing them to something else.

The bottom line? Don’t be your own physician. Dr. Rimmerman warns: “If you experience a distinct change in how you feel, no matter how subtle, you should seek medical attention.”

How Do You Know When Your Aging Parent Needs Emergency Care?

Women: Here’s Your No. 1 Killer

Early Signs of a Heart Attack

When To See a Cardiologist 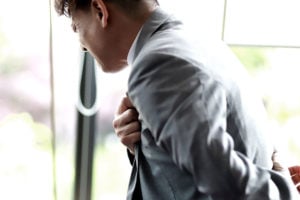 Can You Have a Heart Attack and Not Know It?

A surprising number of heart attacks occur without the usual symptoms. A cardiologist explains what you should look for and when to seek treatment.