You saw your mom struggle for years with pulmonary hypertension, feeling short of breath, dizzy and fatigued. So you’ve been wondering if you might develop the rare, life-threatening disease. Pulmonary hypertension strains the lungs and heart, and can lead to heart failure and dangerous heart rhythm disturbances.

Inherited gene mutations cause pulmonary hypertension in about 20% of the cases that have no other known cause. “Knowing early on whether or not a relative’s illness has a genetic cause can be helpful for all concerned,” says licensed genetic counselor Christina Rigelsky, MS, LGC.

If you’re diagnosed with pulmonary hypertension, she says it’s worthwhile learning more about whether you might pass the disease on to your children or not.

If your parent or sibling has pulmonary hypertension, for instance, knowing whether you have the gene mutation can help doctors sort out the reason for any symptoms you may develop. Then they can start you on the right treatment path early, which may lead to a better outcome.

What happens in pulmonary hypertension?

Pulmonary hypertension means you have high blood pressure in your lungs. Over time, the increased pressure stiffens, damages and narrows your lung’s blood vessels. This forces your heart’s right ventricle to work that much harder to pump blood out to the lungs, and it enlarges.

Symptoms often don’t appear until your condition progresses and include shortness of breath, fatigue, dizziness and fainting spells. “Because these symptoms are not specific to pulmonary hypertension, there is often a delay in getting a diagnosis,” notes Ms. Rigelsky.

“The greatest chance of finding an inherited cause is either when there is a family history of pulmonary hypertension or when there is no other known cause,” says Ms. Rigelsky.

The most common cause — present in roughly 75% of inherited cases — is a mutation in a gene called bone morphogenetic protein receptor 2 (BMPR2). This gene helps regulate cell growth in the walls of the lungs’ small arteries.

When the gene works correctly, the arteries stay open and clear. When it malfunctions, they begin to close, constricting blood flow and leading to pulmonary hypertension.

But because several other conditions cause the same symptoms, knowing you’re at risk can help doctors identify pulmonary hypertension sooner through an echocardiogram and other tests.

“The treatment for pulmonary hypertension is generally the same whether you have the mutation or not,” Ms. Rigelsky says. Doctors will recommend medications, and lifestyle and dietary changes. In some cases, surgery is necessary.

If you have the mutation, will you develop hypertension?

The good news? “Inheriting a BMPR2 gene mutation does not guarantee that you’ll develop pulmonary hypertension,” Ms. Rigelsky says. Because genetic variants do not work on their own, not everyone with a BMPR2 mutation will develop the disorder.

Pulmonary hypertension develops in roughly 40% of the women and 14% of the men who inherit a BMPR2 variant. In contrast, the more aggressive BRCA1 and BRCA2 gene mutations cause breast cancer in nearly 70% of women who have the variant.

Who should have genetic testing?

If your family member learns that they have a BMPR2 variant, then you can decide whether or not to have genetic screening.

“Family members often have a wide range of ideas about whether they want to pursue this information, since having the mutation doesn’t necessarily mean the condition will develop,” says Ms. Rigelsky.

Talking to a genetic counselor before genetic testing is the best way to sort things out.

“A genetic counselor will explain in advance what testing could mean for you,” she says. “Not everyone wants the information. But genetic testing is available for those who do.”

Why Leukemia Happens: Could It Run in Your Family? 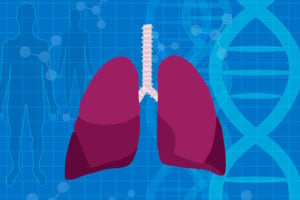 Inherited gene mutations cause pulmonary hypertension in about 20% of the cases that have no other cause. Here’s how genetic testing can help families.