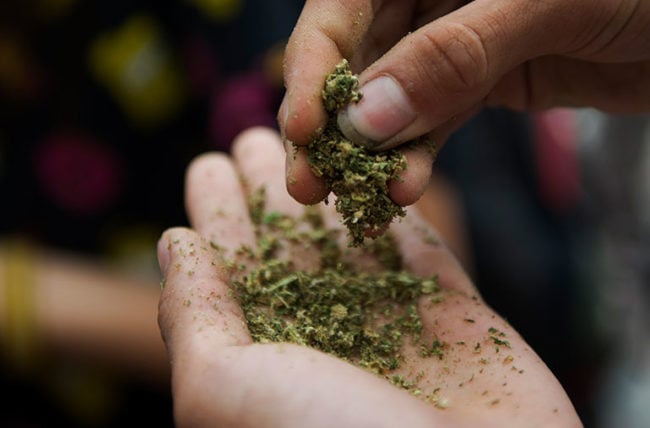 “Bliss,” “Bombay Blue,” “Genie,” “K2,” “Spice” — those aren’t fragrances or happy hour cocktails. They’re names for synthetic cannabis, or marijuana or weed. While products like K2 synthetic marijuana are often marketed as safe alternatives to natural marijuana, they’re anything but.

What is synthetic weed?

Before we get into that, Dr. Anand says it’s important to understand one thing: Your body already has cannabis-like molecules called “endocannabinoids” that mainly work on the “endocannabinoid system” (ECS), which is a very important brain system.

CB1 receptors are located primarily in your brain. CB2 receptors can be found in your digestive and immune systems. Receptors are protein molecules that are in or around your cells. When toxins, hormones or even drugs bind to receptors, they can significantly change how your cells work.

Natural marijuana has tetrahydrocannabinol, or THC, in it, so when it’s smoked or ingested, the THC attaches to CB1 receptors, and this overwhelms the ECS. That’s why people experience different effects.

“Yes, regular marijuana can make people feel calmer and more relaxed, but it can also be dangerous. It doesn’t let our body’s endocannabinoids work on the ECS and can cause anxiety, paranoia, psychosis, difficulty concentrating, memory problems and even addiction,” Dr. Anand explains.

Synthetic weed is pretty much random plants or even grasses that are sprayed with manmade chemicals. These products can be smoked, vaped or prepared like teas. But because no one knows what goes into the chemical concoctions that mimic THC, these products are very risky — and quite dangerous. Dr. Anand says that chemists on the street are coming up with new blends every few days and there are hundreds of synthetic marijuana products on the market.

“People started extracting THC from marijuana back in the 1960s. Then, through government funding in the 1980s and 90s, researchers explored this more because we learned more about the benefits of CB1 receptors and the ECS by that time.

“So, imagine if they were able to find something that could cure Alzheimer’s disease and cancer. But despite their efforts, it all seemed to go in the wrong direction. By the late 1990s and early 2000s, we found no evidence that synthetic marijuana had any medical use. What’s worse, we also began seeing an increase in diversion of these agents onto the streets,” explains Dr. Anand.

He adds that it wasn’t necessarily called “fake weed” or “synthetic weed” back then. Instead, it was referred to as “herbal incense.”

According to the U.S. Centers for Disease Control and Prevention (CDC), synthetic cannabinoid users tend to be people in their 20s and 30s, with men more likely than women to use these drugs. Synthetic cannabinoid users might also use other drugs like natural marijuana. Dr. Anand adds that the appeal of synthetic weed products could also come from them being inexpensive, easy to find and undetectable during a drug screening.

How does synthetic weed affect your brain?

As mentioned, THC in natural marijuana binds to the receptors in your body. This can overwhelm the ECS and cause a variety of side effects. Dr. Anand says synthetic marijuana forms an even stronger bond. While all the side effects from it aren’t known, they’re far more menacing.

Can you become addicted to synthetic marijuana?

“People do develop an addiction to synthetic marijuana. They can develop withdrawals from it. They may also develop cravings. When I look at addiction, I look at the four Cs — cravings, negative consequences, compulsive behavior and a lack of control. You can see all four Cs with the use of synthetic weed,” explains Dr. Anand.

While there are a lot of unknowns, Dr. Anand says a few medical problems have been traced to synthetic marijuana, including:

Synthetic weed use can even lead to death.

Other reasons to avoid synthetic marijuana

“If you have a history of cardiovascular issues, you would put yourself at a very serious risk by using synthetic weed,” warns Dr. Anand. He adds that while synthetic marijuana can make existing conditions worse, he’s seen people with no psychiatric histories experience psychosis and other mental health conditions after using it.

“I work with people who live with psychiatric conditions like bipolar disorder, anxiety, schizophrenia and depression. When they use synthetic marijuana, it makes their conditions worse. However, while there are groups that are at an even higher risk, this substance can affect us all,” he says.

How to get help

Dr. Anand works with Cleveland Clinic’s Alcohol and Drug Recovery Center (ADRC) and says that while some might not believe that synthetic weed addiction is a real thing, it’s a problem that requires a professional solution. “Addiction is a serious medical condition, which necessitates treatment.”

Can Marijuana Help Your Mental Health?

What is the ‘California Sober’ Approach to Substance Use?

Marijuana Use in Pregnancy: Why You Should Just Say No

Who Is the Surprising New Face of Heroin Addiction? 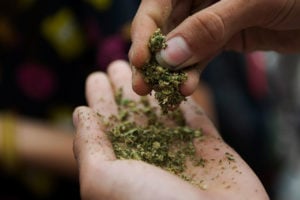 You may think that products like K2 synthetic weed and Spice are safe, but using them can affect your health negatively in a variety of ways. Find out how from an addiction specialist.