When pop icon Olivia Rodrigo sang, “Do you get déjà vu?” she was directing the lyric at her ex-boyfriend and his new lookalike girlfriend. While you may not be able to relate to her past paramour’s penchant for identical love interests, this particular line is pretty darn relatable.

An estimated 97% of people have experienced déjà vu at least once in their lives. This condition, which translates in French to “already seen,” is a transitory sensation of having already lived a totally identical situation at some point in the past.

But why does it happen? And is there a medical explanation for it? Neurologist Jean Khoury, MD, delves deeper into this fleeting phenomenon and what it could mean for your health.

What is déjà vu?

You probably know the feeling: You’re in the midst of a conversation or an activity when, all of a sudden, you’re overwhelmed by the sensation that you’ve done this exact same thing before — but you know that’s not possible.

“Déjà vu is a false sense of familiarity,” Dr. Khoury says. “Your brain creates a sensation as if you have lived a certain situation before, but you’re unable to retrieve it from your memory and cannot identify the actual situation.”

In 1983, Dr. Vernon Neppe defined déjà vu as a “subjectively inappropriate impression of familiarity of a present experience with an undefined past.” In simple terms, that means that when you have déjà vu, you feel like you’re experiencing something that you almost certainly couldn’t have.

“There’s usually an incongruence between the sense of familiarity and the fact that the situation should not feel familiar,” Dr. Khoury explains.

It’s not like taking the same bus route each day and recognizing the scenery — that’s familiarity. Déjà vu, on the other hand, is when you feel like you’ve had this exact same conversation or experienced this very specific scenario in the past, all while also knowing that it cannot have ever happened before.

What causes déjà vu to happen?

You may not be a magician, but when you experience déjà vu, your brain is creating an illusion. This is thought to happen when there’s a bit of a miscommunication between two parts of your brain.

“Déjà vu is caused by dysfunctional connections between the parts of your brain that play a role in memory recollection and familiarity,” Dr. Khoury explains.

You have two temporal lobes, one on each side of your head — right above your temples. They play an important role in helping you to:

In each temporal lobe is a hippocampus, which contributes to many of these functions and is responsible for storing your short-term memories. Occasionally, like during certain types of seizures, your hippocampus and surrounding brain tissue can be activated, causing you to have memory experiences like déjà vu.

“This causes a disruption of recognition memory systems, which gives you that false sense of familiarity,” Dr. Khoury says.

It’s not uncommon or inherently unhealthy to experience déjà vu every now and then. It’s most likely to happen to people who are 15 to 25 years old, and your likelihood of experiencing it decreases progressively as you age. It also happens more frequently during evenings and on weekends than during weekdays.

There are some other things we know about déjà vu, though researchers aren’t exactly sure why. For example, you’re more susceptible to déjà vu if you:

“Déjà vu is a rare phenomenon in healthy individuals, usually occurring a couple times a year,” Dr. Khoury says. “If it becomes more frequent or is associated with other symptoms, though, it’s important to have it addressed.”

Is déjà vu a seizure?

Experiencing déjà vu doesn’t mean you’re having a seizure. In some cases, though, it can be a symptom of temporal lobe epilepsy, a seizure disorder that starts in the temporal lobe area of your brain.

“The hippocampus plays a role in recall and conscious recollection; the parahippocampal gyrus, which is also in the temporal lobe, plays a role in familiarity discrimination. When you have epilepsy, there’s usually a disruption of this connection,” Dr. Khoury explains.

Temporal lobe epilepsy may be accompanied by tonic-clonic seizures, which cause uncontrollable convulsions and other muscle movements. Déjà vu associated with this type of epilepsy is also often associated with a loss of awareness, shaking, tongue-biting, urine loss and post-seizure confusion.

Is it ever cause for concern?

Déjà vu may be a sign of underlying health concerns.

“Stress and exhaustion can contribute to déjà vu,” Dr. Khoury says. “But it can also be a sign of seizure disorders, migraines and disorders affecting the memory.” People who have frontotemporal dementia, for example, often experience persistent déjà vu and tend to try to rationalize the illusion.

Your feelings of déjà vu may be representative of a health issue if they’re accompanied by other symptoms, like:

When déjà vu signals a problem

That occasional “I’ve been here before” experience probably isn’t anything to worry about. But if you start experiencing déjà vu more often than that, it’s time to see a doctor. Make an appointment with a healthcare provider if your déjà vu:

Don’t let persistent or worrisome déjà vu linger. If you have any doubt about the cause of your déjà vu, it’s important to consult with your doctor or go straight to a neurologist.

Strategies for Busting Up Brain Fog

What You Should Know About Fainting in Children

What To Do When Someone With Alzheimer’s Disease Wanders

A Pouty Frown Can Offer Vital Clue for Your Epilepsy Diagnosis 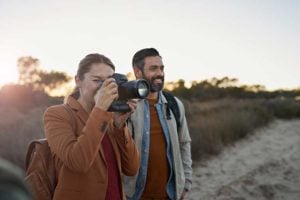 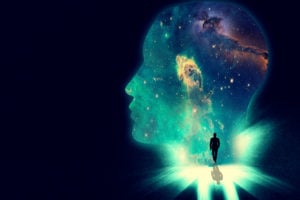 Deja Vu: What It Is and Why It Happens

An estimated 97% of people have experienced déjà vu, a transitory sensation of having already lived a totally identical situation at some point in the past. A neurologist explains this fleeting phenomenon and what it could mean for your health.