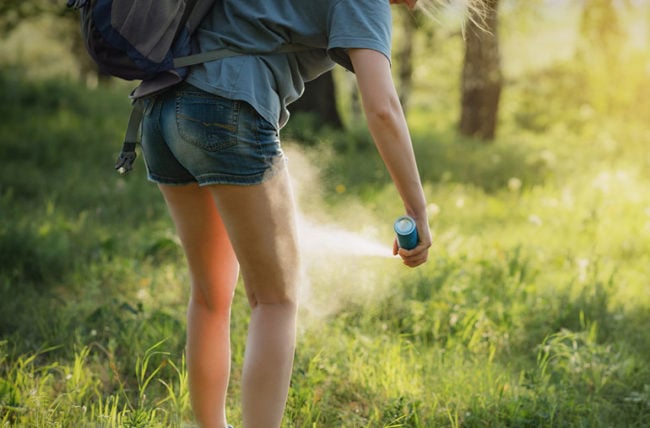 Like a moth to a flame, biting insects are there to ruin every warm-weather affair. So how do you make them scram so you can enjoy the great outdoors? Family medicine specialist Donald Ford, MD, shares the science behind bug sprays and gives tips to help you avoid becoming their catch of the day.

When you put bug repellent on your skin, it immediately starts evaporating, forming an invisible cloud of chemicals around you. (Think: Pig-Pen from Charlie Brown.)

“Insects perceive these chemicals in the air and stay away,” says Dr. Ford.

Why you should use mosquito repellent

When it comes to bug bites, an ounce of prevention is worth a pound of cure. Insect bites range from annoying to deadly — they can also be irritating, painful and ultimately lead to disease.

“There are significant mosquito-borne diseases. We don’t see too many in the northern part of the United States. They exist more in the southern United States, southern parts of the world, the Caribbean and South America,” says Dr. Ford. “Malaria is the most well-known and causes the most damage. Yellow fever has also been a significant problem worldwide.”

Other illnesses caused by biting insects include:

What is the most effective bug spray?

And if you’re looking for a one-two punch, Dr. Ford says the insecticide permethrin is fairly effective. However, you need to use it very carefully.

“You can either buy permethrin-treated clothing or apply it to clothing yourself. That plus DEET is the most effective strategy for repelling insects. You should not apply permethrin directly to the skin, but once it’s dried on clothing, it’s OK to wear.”

Is bug spray bad for you?

While bug sprays sometimes get a bad rap, Dr. Ford says they are safe. “The amount of chemicals absorbed into the skin is very low. Even in those low amounts, there are no recognized toxic effects.”

In fact, the U.S. Environmental Protection Agency (EPA) has said DEET is safe for use in both children and adults. “The harm comes when people ingest these chemicals,” notes Dr. Ford. “So use caution when applying repellents on children since kids are more likely to touch their skin, put their hands in their mouth or touch their eyes. We also recommend washing your hands after you apply. And use products labeled safe for children because they have slightly lower chemical concentrations.”

Not sold on chemical bug sprays? Dr. Ford says the oil of lemon eucalyptus is the way to go if you prefer all-natural repellents. It comes from the leaves of the lemon eucalyptus tree, which grows in Australia. “Its active ingredient is PMD (para-menthane-3,8-diol), but it’s thought to be less effective than DEET and picaridin,” he says. “Beyond that, no other oils or natural products have been proven effective. That includes citronella, which sometimes is sold for use on the skin or as a candle.”

Is DEET Bad for You (and Your Kids)?

How You Can Best Protect Yourself Against Mosquito Bites

How To Keep Your Kids Safe This Summer

What Happens When a Mosquito Bite Gets Infected?

Are You Unknowingly Attracting Mosquitoes?

What To Know About Travel During Pregnancy 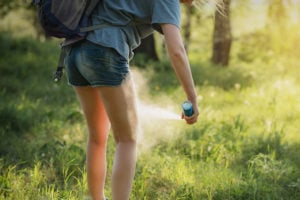 Do bug sprays actually work? A doctor explains the best options for bug repellents, including DEET, and the most effective natural mosquito repellents.