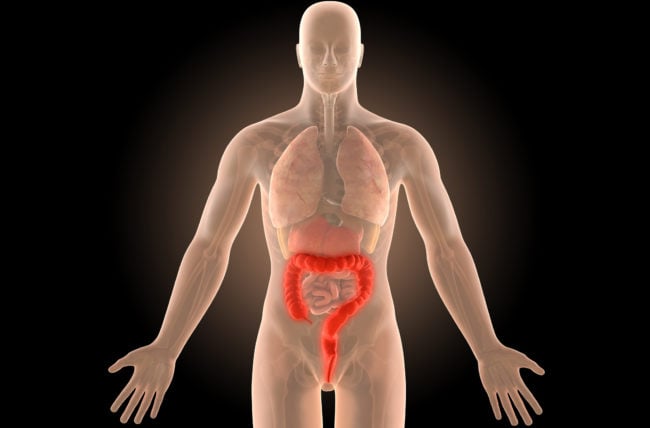 Imagine a long pipe, say 20 feet long — and part of that pipe becomes damaged. You remove the corroded section and hook the remaining two pieces of undamaged pipe back together.

“Part of the bowel gets inflamed and ulcerated, or marked with sores and scar tissue, and needs to be removed,” Dr. Regueiro says. Usually, it’s the last part of the small intestine, called the terminal ileum (although Crohn’s can affect anywhere in the digestive tract).

Historically, about two-thirds to three-quarters of those diagnosed with Crohn’s disease needed surgery at some point in their lives. But that’s not the case anymore.

The birth of the Pandora’s box myth

Myths are easily born, but they die hard. The reality is that up until the advent of better Crohn’s drugs, including biologic therapies, Crohn’s disease was more likely to reoccur — meaning that some folks would need a second or third surgery.

“So the myth came about that the act of actually having a surgical resection, as it’s called, leads to another surgery,” Dr. Regueiro explains. “That is not true.”

What is true? Yes, Crohn’s disease is very likely to come back (recur) at the spot where the two healthy ends of intestine were sewn back together (that connection’s called an anastomosis),” he says, “But it’s not the operation (surgery) that leads to recurrence.”

“Very likely” means that it happens in up to 90% of cases. But, he cautions, it would be jumping to conclusions to think the recurrence equals surgery. “It’s not always so severe that it leads to problems,” he explains. “It means if you did a colonoscopy and looked at that connection, you’ll see evidence that the Crohn’s came back — but may be mild, especially if we catch it early.”

How surgery is avoided whenever possible

Today, Dr. Regueiro says, there are two key ways to reduce the chances of needing repeat surgery for Crohn’s.

“We now know that cigarette smoking leads to the disease returning at a high rate — which leads to surgery at a high rate,” he says. “So even though it sounds simple, for those who smoke cigarettes, quitting after surgery makes a huge difference.”

The second way? Using more potent medications, for example, biologics like infliximab (Remicade®), after surgery to try to prevent the Crohn’s from returning, says Dr. Regueiro, who headed a large international study of the drug.

“We found that it effectively decreases — we can’t say it cures — but it truly slashes the likelihood of Crohn’s coming back. That decreases the chance of needing surgery again,” he says.

So don’t avoid an initial surgery, if it’s needed

The bottom line? Half of those with Crohn’s will still need surgery at some point. But no one should hold out fearing Pandora’s box.

“Don’t suffer with this,” Dr. Regueiro says. “A lot of times, the myth keeps people from getting the surgery they need. They’re losing weight. Children aren’t growing. They’re having complications. They’re missing work or school. Their life is being derailed.”

The right thing to do is undo that myth, he says.

“Go for surgery when it’s recommended. Don’t delay — and get the proper medical treatment after surgery. With appropriate care from both a colorectal surgeon and gastroenterologist, people can essentially return to a normal quality of life where they can do whatever they want,” Dr. Regueiro concludes.

Does Having Crohn’s Disease or Colitis Affect My Risk of Getting Colon Cancer?

Why Is Your Poop Green? Does Having Surgery for Crohn’s Disease Open ‘Pandora’s Box’ and Lead to Needing More Surgery in the Future?

Just because you’ve had a portion of your small bowel removed because of Crohn’s disease doesn’t necessarily mean you automatically have more surgery in your future. Miguel Regueiro, MD, explains why this is simply a myth.