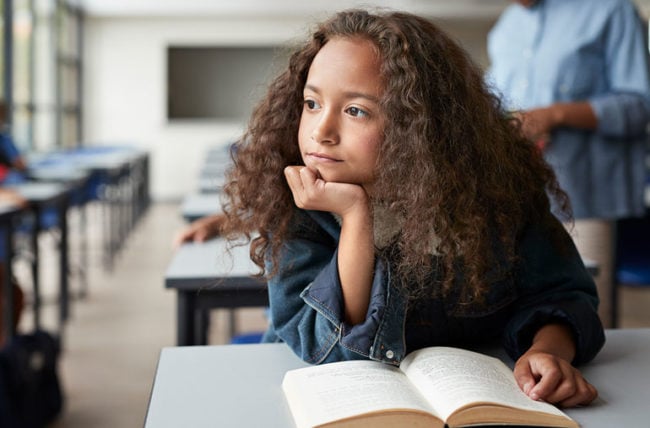 When you think of “autism,” does a male child come to mind?

It’s understandable if you answer “yes.” Past estimates have suggested that for every female on the autism spectrum, there are four males.

But those estimates may change as we learn more about girls and women with autism, says pediatric psychologist Meagan Adley, PsyD. Autism affects females, too — it just affects them differently.

Sometimes symptoms don’t show up in the same way they do in boys. In some cases they are more severe; in others, they’re less obvious.

As a result, experts think many girls with autism are overlooked, misdiagnosed or diagnosed later, and in turn miss out on the support they need.

When behavioral health specialists work to diagnose a child with autism, they look for certain signs. Two of those signs are restricted interests and repetitive behaviors, Dr. Adley says.

For example, does a child fixate on trains at the exclusion of everything else? Does a child engage in repetitive behaviors, such as stacking toys? Combined with other challenges with social skills, these signs can help doctors make a diagnosis and get that child the necessary services to improve.

Recent research has suggested that girls with autism may be under identified or given another diagnosis, such as anxiety or ADHD. “This can especially be true for higher-functioning girls who present without intellectual impairment,” Dr. Adley says. “Research suggests these girls may show more social interest and less apparent restrictive interests and repetitive behaviors.”

Girls’ restricted interests may also be missed because they are more likely to be age-appropriate interests, such as animals or celebrities, Dr. Adley says.

However, the intensity of their interests gets in the way of other activities. Similarly, girls may show repetitive behaviors that are less obvious because they mimic play, such as repeatedly lining or sorting dolls, or playing out the exact same scene over and over again.

Studies have also indicated that higher-functioning girls engage in “social camouflaging,” where they are aware of their social difficulties and work very hard studying how other girls interact to try to fit in. This can further delay a diagnosis, Dr. Adley explains. Importantly, girls who are missed can develop other concerns such as anxiety, depression or self-injury.

Other differences between males and females with autism depend on the severity of symptoms and whether additional concerns of intellectual or language impairments are present, Dr. Adley says. For example, lower-functioning females with autism tend to have more severe difficulties communicating and learning communication skills, as well as lower cognitive levels, than males at a similar level.

What these differences mean for parents and practitioners

For people who work with children, understanding the differences between males and females with autism matters.

“We have to tailor our approach to match a patient’s needs,” Dr. Adley says.

For example, lower-functioning girls with poor communication skills may benefit greatly from closely integrating speech and behavioral therapy. Treatment should focus both on improving communication and decreasing the impact of challenging behaviors.

As for higher-functioning girls, remember what a vulnerable time adolescence can be. Then remember that autism increases that vulnerability. Knowing that girls with autism have a higher risk for other mental health concerns makes it that much more important to get them the behavioral help and support they need, Dr. Adley explains.

Research will continue to uncover these differences and explore the genetic factors that may help “protect” girls from autism. In the meantime, for parents and others caring for girls who show signs of autism, Dr. Adley recommends being proactive and protective.

What Are Early Signs of Autism Spectrum Disorder?

Ways To Deal With Your Toddler’s Aggressive Behavior

Discipline: Top Do’s and Don’ts When Your Kids Won’t Listen

5 Ways to Help A Child With Autism Learn Social Skills

How Do I Know if My Child Has Autism?

Signs of Child Abuse to Watch Out For 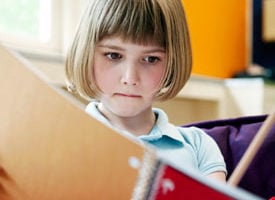 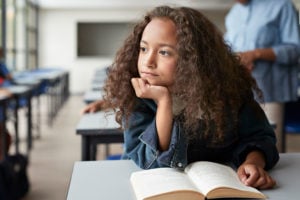 Autism Signs Can Be Different in Girls

Sometimes autism symptoms don’t show up in girls the same way they do in boys. In some cases they are more severe; in others, they’re less obvious. A pediatric psychologist explains what autism research has uncovered in recent years.