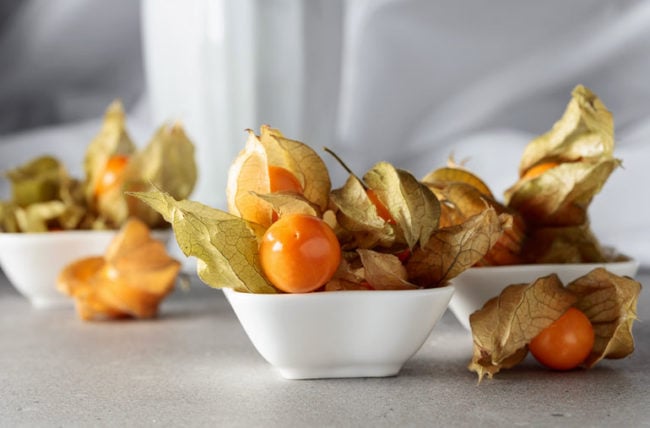 When it comes to eating berries, a few well-known names probably dominate your dietary lineup. But there’s a lesser-known nutritional all-star — golden berry — that you might want to add to the roster.

The bright orange fruit from South America carries a richly deserved reputation as a superfood. The reason why is simple: The list of vitamins and minerals on its Hall of Fame resume reads like the side of a multivitamin bottle.

What are golden berries?

Tart-and-tangy golden berries hail from the Andes Mountains and shrubs found in the highlands of Peru and neighboring countries. The Incas cultivated the fruit thousands of years ago, launching its long history of adding zing to South American cuisine.

Today, it’s grown in locales around the world, including within the United States.

The marble-sized fruit grows within a papery husk, like a tomatillo, its green cousin. Both are part of the nightshade family of food-producing plants. (More on nightshade later, by the way.)

There’s a reason people have been eating golden berry for a few millennia: It’s really, really good for you in addition to being pretty tasty. “It definitely qualifies as a superfood,” says Czerwony.

The carotenoids in golden berries act as more than just a pigment that paints the fruit orange. They also serve as a powerful antioxidant, protecting your body against free radicals that damage cells and open doors to diseases.

Golden berry has flexed its cancer-fighting muscle in various studies, too. One study found that the fruit may help combat the growth of lung cancer cells. Another labeled it as a potential killer of oral cancer cells.

“Antioxidant-heavy foods like golden berries will help in the fight against any kind of cancer,” says Czerwony. “They really do reduce your risk.”

In addition, phytosterols — another antioxidant in golden berries — works to knock down your cholesterol levels. This compound is particularly good at lowering low-density lipoprotein (LDL) cholesterol, better known as “bad” cholesterol.

The long list of golden berry attributes also includes withanolides, a natural steroid that can reduce inflammation. (There seriously is a lot of good stuff packed into those little orange orbs, huh?)

So adding golden berries into your diet could help soothe arthritis, calm muscle aches and even boost circulation to ease the strain on your heart, notes Czerwony.

Golden berries also are loaded with compounds that slow your body’s intake of simple sugars from carbohydrates. This pacing prevents an unwelcome sugar rush in your bloodstream, notes Czerwony.

Golden berry contains an alphabet soup of vitamins plus other important nutrients, all while being a low-calorie fruit option. Here are some highlights of its nutritional resume. (Listed totals are for a half-cup serving.)

Are there any side effects?

One firm rule applies to golden berries: Don’t eat them before they’re ripe.

Golden berries with a not-ready-to-eat tint of green may contain solanine, a natural toxin in nightshade plants. Eating it could cause diarrhea, vomiting, labored breathing and a slowed pulse. Death is even possible in high enough doses.

“When it comes to eating golden berries, green means stop,” says Czerwony. “Don’t eat them if they’re not ready.”

How to add golden berries to your diet

Golden berries can be used in numerous ways if you’re feeling adventurous. They’d be great on a salad, for instance, or on top of yogurt. The fruit can be turned into a jam or compote, too. Or just eaten raw.

Know this, too: Since adding golden berries to a dish doesn’t add a lot of calories, the fruit is a nutritious option for anyone looking to lose weight.

Golden berries can be purchased online (fresh or dried) and may be available in some specialty grocery stores. “Finding them might be difficult,” says Czerwony, “but they’re definitely worth a try if you do.”

What Are the Best Fruits for You?

11 Foods That Boost Your Immune System 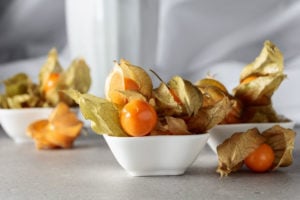 Golden berries might not be that well-known, but the fruit is worth a try given its many benefits. Learn why from a dietitian.