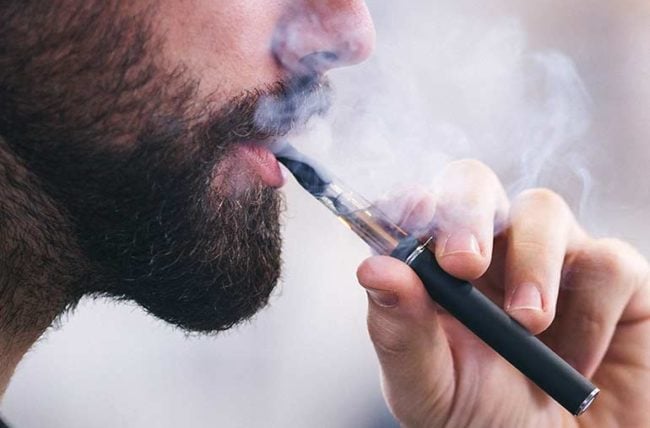 Let’s start with some good news: Fewer Americans 18 and over are smoking cigarettes today.

The bad news? The use of e-cigarettes (also called vaping) has reached epidemic proportions.

Vaping, however, has skyrocketed, particularly among teenagers and young adults. According to the 2019 National Youth Tobacco survey, nearly 28% of high schoolers used e-cigarettes.

“We have seen smoking rates declining for a few years now in most developed countries,” says pulmonologist Humberto Choi, MD. “But much of that has been offset by the rise of vaping.”

Makers of electronic cigarettes claim they’re safer than tobacco products, and consumers are buying in. But how do cigarettes, cigars and e-cigarettes really stack up when it comes to your health?

To help sort fact from fiction, we talked with Dr. Choi and head and neck surgeon Brandon Prendes, MD, to get answers to your questions about the dangers of smoking and what we know so far about e-cigarettes.

Unlike cigars and cigarettes, e-cigarettes (also called vapes or Juuls®) don’t use tobacco. Rather, they’re handheld devices that heat a liquid cartridge (called pods or e-liquids) to create an aerosol that you inhale into your lungs.

In e-cigarettes, a battery powers a coil that heats the e-liquid. This produces a vapor that users inhale. This process resembles smoking, but no actual combustion occurs. E-cigarettes deliver nicotine without the tar and smoke of a traditional tobacco cigarette. But the user still receives a dose of nicotine directly into their lungs and bloodstream.

Contrary to what some people believe, the “mist” you breathe in from an e-cigarette isn’t water vapor. The contents of e-liquids vary greatly, but they generally contain nicotine (the same addictive compound found in cigars and cigarettes) and flavorings that make them especially popular among younger adults and teens. Some people use e-cigarettes to smoke THC, the chemical in marijuana that creates a “high.”

Is vaping any safer than smoking cigarettes?

The short answer is no.

Cigarettes, cigars and most e-cigarettes contain nicotine. That means they’re addictive, Dr. Choi says. They all also contain chemicals known to cause cancer (like acetaldehyde and formaldehyde) and lung disease (like crolein, diacetyl and diethylene glycol).

Now, it’s true that some vape juices (pods or e-liquids) may contain less nicotine than cigarettes and cigars.

But here’s the thing — vapes can often be used in places where you can’t smoke cigars and cigarettes, like restaurants, concerts and in your home. When you use an e-cigarette, you don’t have to fumble around for a lighter. You can take a drag pretty much anytime. That means you can wind up taking in more nicotine than you suspect.

Consider two roommates watching a movie on a snowy day.

Roommate 1 pauses the movie, puts on their coat, hat and boots and steps outside to smoke a cigarette. They finish it, taking in a burst of nicotine, and come back inside to warm up and restart their movie. The next time they want a cigarette, that whole process starts again — stop the movie, find a lighter, bundle up, smoke, remove winter wear, start movie, repeat.

Roommate 2 uses an e-cigarette. Their vape pen sits on their lap while they watch the movie. They can puff at their own discretion with no natural end point, like finishing a cigarette. They don’t have to interrupt the movie or go out in the cold to feed their habit.

The convenience of vaping means roommate 2 can easily take in more nicotine than roommate 1, without even realizing it — even if they’re using vape juice that claims to have a “low” level of nicotine.

“People who vape can be exposed to nicotine all day long very easily,” Dr. Choi says. “The nicotine you take in may be smaller with each inhale, but you’re more likely to get very frequent doses of nicotine throughout the day.”

Some cigar smokers don’t inhale and/or don’t smoke as frequently as cigarette smokers. This may suggest that cigar smoking is somehow safer. But that isn’t true.

“Most of these risks of cigar smoking are still elevated even in smokers who don’t inhale,” Dr. Prendes adds.

When they were first introduced, e-cigarettes were thought of as a possible tool to help people who smoke give up cigarettes.

Dr. Choi suggests instead sticking to proven techniques for smoking cessation, including:

Why more e-cigarette research is needed

People have been smoking tobacco for centuries. It’s believed the Mayans smoked primitive cigars in the 10th century. Cigarettes have been around in the U.S. since the 1800s, and became popular during the Civil War. E-cigarettes are a much newer invention.

“Cigarette smoking is the most well-researched of the three nicotine delivery systems and undoubtedly poses serious and significant health risks, which have been clearly defined,” Dr. Prendes notes. “These include increased risk for head and neck, lung, esophageal, pancreatic and urologic cancers, as well as vascular, cardiac, pulmonary disease and wound healing issues.”

Experts are learning more and more about the health risks of vaping as time goes by. And it’s not looking good.

Common chemicals in certain e-cigarettes, as well as in their flavorings, meet the FDA’s definition of “generally recognized as safe.” But that FDA designation applies to oral ingestion, not inhaling them into your lungs.

“These substances have unknown health effects on the lungs and need more study,” Dr. Prendes states.

E-cigarettes have been around for about 15 years. The long-term effects of using e-cigarettes won’t be known for sure until studies can be done on people who vape for extended periods of time.

“The long-term health risks and addiction risks associated with vaping are still being researched, including the effect of e-cigarettes on lung health and cancer risks,” Dr. Prendes adds.

There’s a wide variety of vaping devices and e-liquids available. Different brands use wildly different chemicals and other additives in their recipes.

Add to that the fact that users can manipulate the contents of e-liquid. There are social media accounts and websites dedicated to teaching people how to make their own e-liquids or add vitamins, THC and even alcohol to the mix. (In case you’re wondering — no, making your own e-liquid isn’t a good idea, says Dr. Choi.)

Altogether, that means it’s really, really hard for scientists to assess what exactly people are inhaling in their e-cigarettes and what the potential outcomes of that may be.

Bottom line: Smoking and vaping are bad for your health

Nicotine in any form is dangerous and should be avoided.

Dr. Prendes’ best advice is that if you don’t smoke or vape, don’t start. People who smoke or vape are encouraged to get help to kick the habit to improve their health in the long term.

How Vaping or Smoking Impacts Your Physical Activity

Teens, Vaping and Coronavirus (COVID-19): Is There a Connection?

Vaping: Risk & Illness on the Rise

Parents, Could Your Teens Be Vaping? 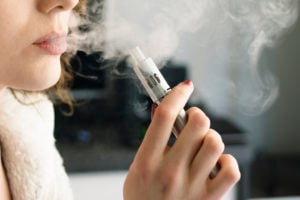 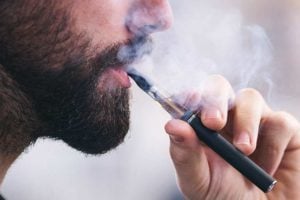 Vapes, cigarettes and cigars all contain nicotine and carry substantial health risks. Your best bet is to avoid or quit any smoking habit.