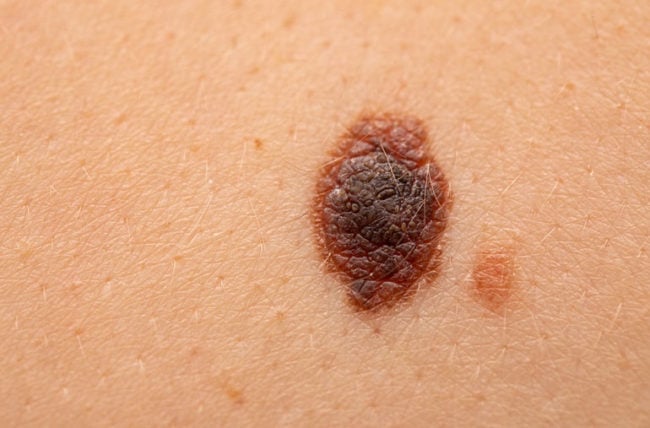 Moles are common occurrences for most people. These small growths on your skin can occur anywhere on your body and are, for the most part, harmless.

But some moles can be cancerous and now a mole you’ve had forever suddenly looks different. Should you worry?

“Changes in the appearance of a mole are cause for concern,” says plastic surgeon Brian Gastman, MD. He shares how to spot the signs of a cancerous mole, and what to do if you’re worried.

There are several different types of skin cancer. But melanoma is the type most often associated with moles.

“Melanoma isn’t the most common type of skin cancer, but it’s the deadliest type,” he adds. That’s why it’s so important to know the signs of a potentially cancerous mole.

How to tell if a mole is cancerous

To spot a suspicious mole, let the alphabet be your guide. Dermatologists use the “ABCDE rule,” says Dr. Gastman. These five signs mean you should see your doctor:

Other signs of skin cancer

While moles can become cancerous, they aren’t the only way melanoma can creep in. “Melanoma can also develop in places where there isn’t a preexisting mole,” Dr. Gastman says.

Melanoma can resemble a sore or a spot, a birthmark, a pimple or even a bruise. Melanoma can also show up as a dark line under a fingernail or toenail.

If you notice possible warning signs of melanoma — whether in a mole or anywhere else — get it checked out by a doctor. The earlier you catch melanoma, the easier it is to treat.

Can a doctor diagnose melanoma just by looking at it?

Some cancerous moles and melanoma spots look pretty textbook, and a doctor may strongly suspect that it’s melanoma. But the only way to be 100% certain is by taking a biopsy, Dr. Gastman explains.

A biopsy removes a sample of the mole for testing. It can confirm the presence of cancer and reveal how deep the melanoma extends below the surface of the skin. The deeper it is, the more likely cancer has spread to other parts of your body — and the harder it is to treat. “Knowing how deep it goes helps us determine the treatment plan,” Dr. Gastman says.

Anyone can develop melanoma, but some people are at higher risk than others. The disease is more common in people with:

The most common reason that moles become melanomas is UV radiation from the sun. That’s why it’s so important to wear sunscreen and avoid sun damage.

“People who are at high risk can benefit from yearly visits to a dermatologist for skin checks,” Dr. Gastman says. But whatever your risk level, don’t put off seeing a doctor if you have a worrisome mole or spot.

“The longer you wait, the more you increase the risk of having to go through more toxic treatments, and the greater the risk of dying,” Dr. Gastman says. “An appointment with a dermatologist can save your life.”

When Should You Worry About a Mole?

Can Melanoma Cancer Come Back?

Can Your Genes Put You at Higher Risk for Skin Cancer? 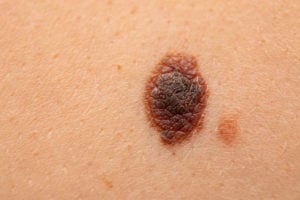 How to Spot Cancerous Moles

Learn how to spot the warning signs of a potentially cancerous mole.