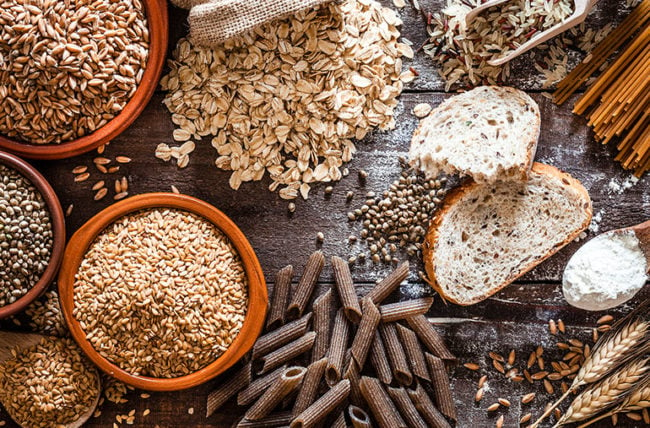 You know the feeling: You’re hit with a wave of hunger and you start scarfing down any carb-loaded snack you can get your hands on. But after the binge, comes the regret and then, a few hours later, you feel hungry again.

It’s a vicious cycle but one most of us are familiar with. And while it may seem like a mystery, there are actually several reasons why you might find yourself craving carbs throughout the day. To get a better understanding of why this happens and how you can curb your carb cravings, we talked to registered dietitian Anna Taylor, RD.

Why we crave carbs

Carbs are one of three main fuel sources for us in our diet, alongside protein and fat. And because of this, Taylor says it’s important to remember that carbs aren’t some forbidden food.

“Carbs aren’t evil,” she says. “They play an important part in a balanced eating plan. We want carbs because they’re our body’s favorite fuel source, especially for activity and exercise.”

The important role carbs play is at the root of why we need and want carbs as part of our overall diet. But there are also specific times when certain behaviors trigger particularly heavy cravings for carbs and, according to Taylor, these are the instances we need to look out for.

Too many refined carbs

One big reason you might find yourself craving carbs is due to an intake of refined carbs, or simple sugars. Some of the most frequent examples of these are white bread, pastries, sodas and even pizza.

Too few healthy carbs and calories

Another reason you might find yourself craving carbs is that you’re consuming too few carbs to begin with. Of the three main fuels for your body — carbs, proteins and fats — carbs burn the fastest.

“Your body digests and absorbs those fuels at different rates and they all do different things for your body,” notes Taylor. “So, if you’re not including enough carbs as part of your intake, your body is going to ask for those.”

Taylor says that sometimes people just don’t get enough calories overall, too. “If you’re not eating enough at all, then you’re definitely not getting enough fuel,” she says. “Low-calorie diets or skipping meals may seem like a good idea, but it’s counterproductive because then you’re on an empty tank which can trigger more — you guessed it — cravings.”

When we eat carbs, Taylor says our body releases dopamine, a “feel-good” hormone that can operate as a sort of reward. “When we feel stressed, we have these food cravings that we attribute to a lack of willpower,” says Taylor. “But that’s not the case. It’s because eating things, especially refined carbs and simple sugars, triggers that dopamine response.”

How to curb these carb cravings

If one or more of these examples hit a little too close to home, don’t worry. There are several ways you can adjust how you eat that can curb those carb cravings without completely turning your diet or routine upside down.

To break that vicious refined carb cycle, Taylor advises adding high-fiber carbs to your diet. “High-fiber carbs are absorbed and digested more slowly, which keeps your blood sugar from spiking so quickly, minimizing hunger triggered by the insulin response.”

Some examples of high-fiber foods include:

An additional benefit is that the slower digestion and absorption of high-fiber carbs means your body will have the fuel for longer. “This helps you feel more satisfied for a longer time, especially between meals,” Taylor notes.

She also notes the other health benefits of fiber, including feeding healthy bacteria in your gut, improving cholesterol and heart health, controlling blood sugar and helping keep you regular.

For simple sugars, try to limit those high-sugar items like ice cream, candy, cookies and sugar-sweetened drinks. But Taylor also warns about the added sugar in foods we don’t typically associate with those examples, like granola, cereals and yogurt.

Besides making sure you’re eating the right type of carbs, including a balance of lean proteins and fats can keep you full for several hours between meals and give your body that needed fuel.

Taylor recommends what’s called the “plate method,” an approach to a full plate meal that gives you the right balance of food and fuel. The plate method calls for:

“It’s a ‘Goldilocks’ approach,” says Taylor. “You get the right balance and the right amount of everything you need.”

Get the right plan from a dietitian

If you feel your fuel sources are still out of whack or you’re still not getting that calorie count quite right, consult your doctor and a dietitian. They can help walk you through plans that are best for you. We’re all different and our bodies work at different speeds. But consulting an expert who knows you and your overall health, you can work to come up with the right plan for you.

Deal with stress in a non-nutritive way

When you’re feeling stressed from work or family life, you might turn to food for that dopamine rush. Instead, advises Taylor, find a non-nutritive way to deal with that stress. “There are so many ways you can still relieve stress and get that dopamine rush that doesn’t involve unhealthy foods.”

Going for a walk, spending time in your garden or talking to a friend are just a few ways you can replace unhealthy food. Even watching television while having a hot cup of tea or listening to a podcast is a great way to unwind without relying on food.

“Find things that make your heart happy without going through your stomach first,” Taylor encourages. “A chocolate bar may temporarily relieve that stress but later on, you’ll come to regret it and be hard on yourself. That’s a perfectly human reaction, but look for replacement behaviors that release that dopamine but don’t rely on nutrition.”

Good vs. Bad Carbs: What Should You Eat?

How Many Carbs Do You Need To Lose Weight?

The Carnivore Diet: Can You Have Too Much Meat? 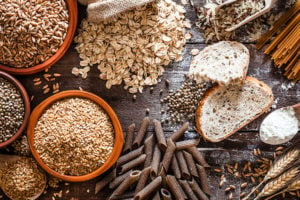 How To Stop Your Cravings for Carbs

The craving for certain carbs is a natural part of our body’s fueling process. But the cravings can get out of control. Our expert explains why this is and how you can curb those cravings.