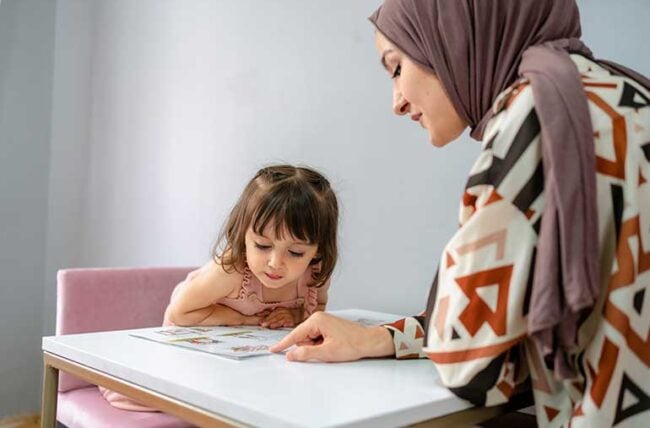 Have you ever been “in the zone”? You know, when that important research paper suddenly seems to be writing itself? Or you’re so close to winning that video game you’ve been fixated on for weeks? Or you simply have to know what’s going to happen in chapter 4 … and chapter 5 … and chapter 72? Have you ever looked up at the clock and realized you haven’t moved, eaten or gone to the bathroom in, like, eight hours — and that the rest of your family is fast asleep?

Sure you have. We all have at some point or another. But why?

It’s a phenomenon called hyperfocus. While we commonly associate hyperfocus with attention-deficit/hyperactivity disorder (ADHD), it’s something everybody does from time to time. Depending on what you’re hyperfocused on and why, it can be a great thing. It could also be … well, not so great.

We talked to pediatric behavioral health specialist Michael Manos, PhD, to learn what’s exactly happening when we hyperfocus, why hyperfocus is such a common feature of ADHD, and how to make hyperfocus work for you, not against you.

Dr. Manos defines hyperfocus as “the capacity for a person to engage in a task or an activity to the exclusion of everything else.”

While commonly regarded as a symptom of ADHD, most people have the capacity to hyperfocus in certain contexts.

“Many, many people can get overly engaged with a task or activity,” Dr. Manos says. “Ask yourself: What is it that you can do for hours at a time and it doesn’t bother you?”

There are two different kinds of attention: automatic and directed.

Automatic attention is something you can’t control, like noticing somebody walking past you in the hallway. Hyperfocus is a form of automatic attention that’s usually activated by doing something we find interesting. If your automatic attention draws you to your favorite television show or a craft project, for example, it will stay there, hyperfocused, until it’s interrupted by something more engaging happening in the environment.

Directed (or effortful) attention, on the other hand, is something you actively exert effort to do, from paying attention in a boring meeting to setting aside the crossword puzzle to do the dishes.

According to Dr. Manos, we can sometimes make a conscious choice to hyperfocus on things we don’t enjoy but know we have to do — for example, schoolwork. “In our educational careers, many of us took classes that we thought were utterly boring, but we had to master the material, pass the test and do the homework regardless. You do that by using directed attention to turn off automatic attention.”

That’s why it’s not unusual, after spending all day making the effort to focus on work or school, to feel too depleted to do chores or homework. All you really want to do is zone out — to let your automatic attention drive for a while.

How people feel about their hyperfocus is similarly diverse. For many people, hyperfocus is central to their success: It’s how they mastered a hobby, accomplished a goal or built a career. For others, hyperfocus is a burden: It alienates them from friends, prevents them from fully engaging in their work or contributes to their chronic tardiness.

For most people, it’s somewhere in the middle: Hyperfocus is helpful at some times and problematic at others. It’s not so much a symptom as it is a facet of everyday life.

How is hyperfocus connected to ADHD?

If you’re confused to hear that hyperfocus is commonly regarded as a symptom of ADHD, you aren’t alone. After all, “attention deficit” is right there in the name!

But remember, there are two different kinds of attention. When you have ADHD, the problem isn’t that you lack attention, it’s that you struggle to control your attention — to put your attention where you want it to go rather than having it go where it wants to go. Hyperfocus is a natural consequence of that lack of control.

It’s important to keep in mind that the behaviors that comprise an ADHD diagnosis are behaviors we all experience in some way or another. We all get restless. We all have impulsive moments. We all get distracted from time to time. And none of us have complete control over our attention.

When you have ADHD, though, these things happen more frequently and are more likely to have a net-negative impact on your daily life.

According to Dr. Manos, there aren’t any medications aimed at curbing hyperfocus. That said, if you feel hyperfocus is negatively impacting your life in some way, you can address it.

First things first: Try to vocalize why you feel your tendency to hyperfocus is negative. Hyperfocus isn’t a bad thing in and of itself — as we’ve established, it’s frequently a good thing.

So, think about the pros and cons. Hyperfocus might make you great at your job, for example, but also cause you to get so caught up in an important project that you miss a team meeting. Instead of trying to “fix” your hyperfocus, try to address that specific impact.

Look to your environment

“If you think about hyperfocus as a problem,” Dr. Manos notes, “then the solution to it must be something that is in the external world.”

He elaborates, saying, “Hyperfocus is not something that you can manage internally. That’s why it’s useful for a person who knows that they hyperfocus to put something into the physical world that will bring them back to directed attention.”

Dr. Manos offers the example of a hyperfocused parent. “If you know you have to pick up your children from school at 3:30 p.m., and you also know that you’re working on something engrossing, make sure that you set an alarm on your phone, or a reminder on your calendar.

“You could even ask somebody to call you when it’s time to leave. Whatever is going to intrude on your hyperfocus, so you can still engage the world of responsibility, do it,” he adds.

If you’re experiencing hyperfocus as a negative thing, take some time to figure out what triggers it. Once you have a list:

If your child’s hyperfocus is becoming an issue, you can help them. Build structure into their lives by maintaining consistent schedules and limiting things like screen time. And be sure to set a good example.

You can also talk to your kid about hyperfocus, and help them recognize when they’re doing it. Working with your child to consciously build the skills they need to maximize hyperfocus’ benefits and cope with its drawbacks will pay big dividends as they move through the world.

Is hyperfocus common with other medical conditions?

While principally associated with ADHD, hyperfocus is also commonly observed in individuals with autism, schizophrenia and traumatic brain injury. If you find that your tendency to hyperfocus has changed significantly, or if it’s accompanied by other symptoms, speak to a doctor.

Hyperfocus can be a symptom of ADHD, sure, but it’s also part of being human. We all do it to a certain extent, and that’s neither a good thing nor a bad thing. It just sort of … is.

If you understand what triggers your hyperfocus, you can structure your environment to ensure that that singlemindedness works in your favor — not to your detriment. Properly managed, hyperfocus can make all of our lives richer.

Parents: What To Know About How Doctors Diagnose ADHD

What Is a Highly Sensitive Person (HSP)?

Why Improving Your Concentration Helps Your Memory

While often associated with ADHD, we all hyperfocus occasionally. Hyperfocus has many upsides. But if it’s becoming an issue for you, you can adjust your surroundings to interrupt your focus. We spoke to a pediatric behavioral health specialist to learn more about this interesting phenomenon.