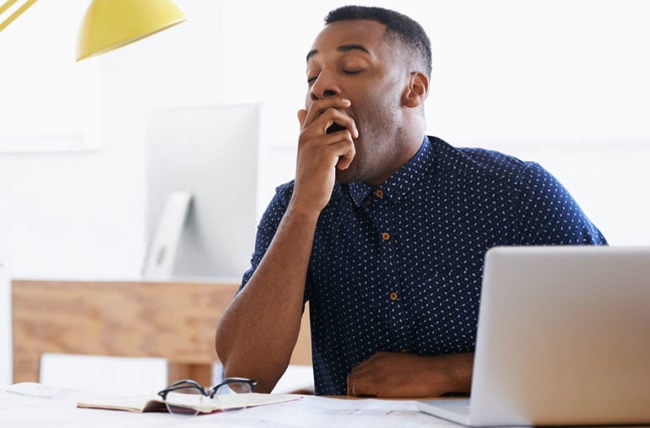 Sleep apnea — a sleep disorder in which your breathing is briefly and repeatedly interrupted during sleep — may be doing more than affecting the quality of your sleep and making you tired.

The American Sleep Apnea Association reports more than 25 million Americans have sleep apnea and 1 billion have obstructive sleep apnea (OSA) worldwide. The word apnea refers to a breathing pause that lasts at least 10 seconds. This can occur in those who snore, have generalized fatigue or consistently-poor quality of sleep.

Read on to find out more about the connection between sleep apnea and cognitive decline.

Why does sleep apnea cause cognitive decline?

Mild cognitive impairment is when your memory is affected to the point that it’s noticeable to others, but not enough to affect your daily life. People with mild cognitive decline may show some forgetfulness or amnesia of recent events. They often need to write notes to remind themselves to do things that they would otherwise forget.

The connection between sleep apnea and cognitive decline has long been suspected. But researchers recently confirmed that those who had sleep-disordered breathing had an earlier onset of mild cognitive impairment compared with people who didn’t suffer from OSA.

But there is hope. Researchers also found that people who treated their sleep breathing problems with a continuous positive airway pressure machine, or CPAP, were diagnosed with memory and thinking problems about 10 years later than people whose problems were not treated.

“CPAP is the treatment of choice for sleep apnea,” Dr. Mehra says. With this treatment, you wear a face or nasal mask while you sleep. The mask is connected to a pump and provides a flow of air into your nasal passages to keep your airways open.

How do I know if I have sleep apnea or another sleep disorder?

We’ve all known someone who snores — perhaps your partner or a close relative. This is just one thing to look out for. “People who are taking care of older individuals or those with sleep issues should be aware of sleep apnea,” she says.

If you live with or care for someone who has trouble sleeping, ask yourself the following questions to figure out whether screening for sleep apnea is needed:

If you or your loved one identifies with one or more of those questions, talk with your physician about whether screening for sleep apnea is appropriate.

If You’re Having Trouble Sleeping, Here’s What To Do

Can COVID-19 Cause Insomnia and Other Sleep Problems?

6 Reasons Why You Wake Up Dizzy 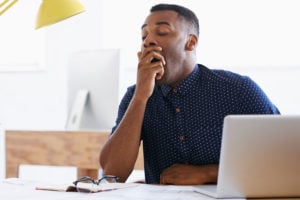 Why Sleep Apnea Can Cause Memory Problems Earlier in Life

If you or a loved one has trouble sleeping, sleep apnea could be an underlying cause. And for those who let sleep apnea go untreated, it could mean memory problems. A sleep specialist tells you what you need to know.