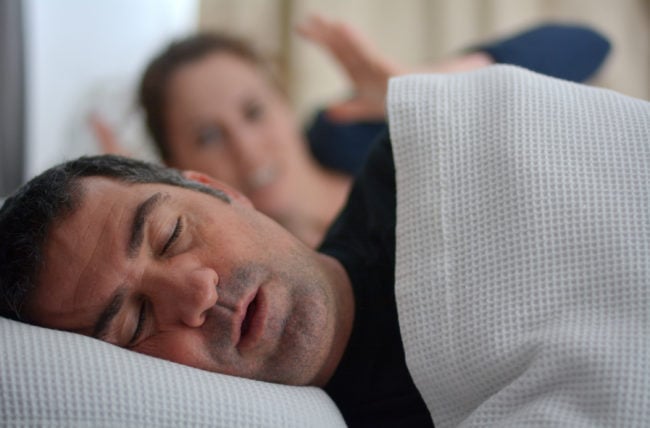 What do snoring, daytime sleepiness and mood changes have in common?

They’re all signs of sleep apnea, a common disorder in both men and women.

“Sleep apnea is grossly under-recognized,” says Nancy Foldvary-Schaefer, DO, MS. “We estimate that 85 to 90 percent of people with sleep apnea in this country don’t know they have it.”

A 2013 study shows that the number of people with known sleep apnea continues to grow, affecting:

“These numbers have risen substantially since the 1990s, as Baby Boomers age and our obesity epidemic worsens,” says Dr. Foldvary.

What happens during sleep apnea

In sleep apnea, episodes of upper airway collapse interrupt your breathing so that oxygen can’t reach your cells.

“Each time your body has to restore normal breathing and oxygen levels, you’re briefly aroused from sleep,” says Dr. Foldvary. “This fragments the brain waves that characterize different sleep stages, leading to daytime sleepiness, fatigue and a host of other symptoms.”

If you have 15 or more of these episodes per hour, your apnea is considered moderate to severe. And the health impact is enormous.

Sleep apnea also raises your risk of motor vehicle accidents, work-related injuries and accidents, and academic underachievement at all ages, even in early childhood.

Most telling: Worldwide, people with obstructive apnea rate their quality of life worse in every dimension.

Symptoms range from mild to severe

Mild sleep apnea presents in unpredictable ways. “Not all snorers have sleep apnea, but snoring is usually the first symptom,” says Dr. Foldvary.

“When apnea is mild, you may experience mild daytime sleepiness, sleep that isn’t refreshing, and fatigue. You may wake up often without knowing why, or get morning headaches.”

When apnea is severe, you can wake up breathless, gasping for air. You may feel like you’re choking.

You may face declining performance at work or school, and mood changes (most often symptoms of depression). You can experience problems with sex, whether you’re male or female.

Your bed partner may tell you that it’s pretty scary watching you sleep.

“It’s easy to forget to bring up these symptoms at your annual checkup, but you have to tell your doctor,” says Dr. Foldvary. “Otherwise, sleep apnea can be missed for many, many years.”

It’s quite likely that your doctor won’t ask you about sleep apnea, she says. Sleep medicine is a young specialty and not a focus of training in medical education.

“Furthermore, doctors are challenged with the need to manage increasingly difficult health issues in less and less time, leaving sleep concerns off their radar,” she says.

The causes of sleep apnea

The most common type of apnea is obstructive sleep apnea, which occurs when muscles in back of the throat lose their tone, resulting in upper airway collapse.

“Obesity, increasing age and being male are the main risk factors,” says Dr. Foldvary. “Drinking alcohol and sleeping on your back can aggravate the condition.”

After menopause, women’s rate of apnea approaches that of men’s as female hormone levels — which help to stiffen and open the airway — fall.

When postmenopausal women see the doctor, they often present without classic symptoms. They usually don’t complain of loud, disruptive snoring, and rarely report gasping or choking during sleep. They may be thin instead of heavy.

“Postmenopausal women commonly present with fatigue, which is often attributed to depression,” says Dr. Foldvary. “Thus, it can take women up to a decade longer than men to receive a diagnosis of sleep apnea.”

Other causes of sleep apnea include large tonsils or other obstructive tissues in the airway. In about 25 to 30 percent of cases, a family history of sleep apnea is present.

To find out if you have apnea, your doctor will take a sleep history and order a sleep study. In some cases, you may be referred to a sleep medicine specialist.

Many solutions are available

The gold standard treatment for sleep apnea is continuous positive airway pressure (CPAP). “But it’s not one size fits all,” she says.

“There are multiple forms of PAP therapy and a wide range of masks. Patients with difficulty tolerating the constant flow of air pressure often prefer auto- or bi-level PAP therapy, and need help with mask options,” says Dr. Foldvary.

When apnea is mild, options include a body pillow or positional device that helps promote sleeping on the side, and oral appliances that advance the lower jaw forward.

Some people require surgery to remove tonsils or other tissues that block the airway.

Finally, “a limited number of people will benefit from a revolutionary new treatment called hypoglossal nerve stimulation,” she says.

Why sleep is critical for you

Dr. Foldvary and other sleep medicine experts are committed to educating the public and healthcare providers about the importance of sleep.

“Sleep is as important to good health as diet and exercise,” says Dr. Foldvary. “We need sleep to restore every cell in our bodies. If we neglect it, some aspect of our health will suffer.”

What to Do If You or Someone Else Is a Sleepwalker

Hashimoto’s Thyroiditis: The Strange-Sounding Condition You Can Have Without Realizing It

Why Sleep Apnea Can Cause Memory Problems Earlier in Life 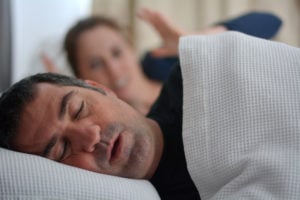 The number of Americans with sleep apnea has risen substantially since the 1990s. Discover what causes sleep apnea, the symptoms to watch for, and who’s at greatest risk.