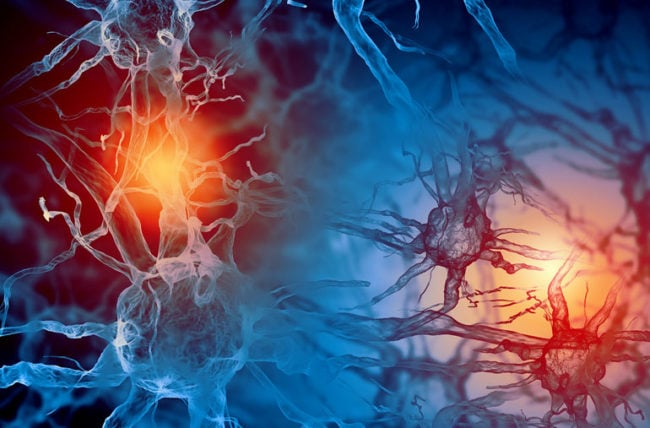 Chronic regional pain syndrome (CRPS) takes a toll: Your nerve cells become hypersensitized to the point where everyday stimulation — like a draft of air or touch — causes an out-of-whack pain response.

“Our bodies use acute pain as a warning system,” says pain management doctor Nagy Mekhail, MD, PhD. “If you sprain your ankle, the pain prevents you from putting your foot down and causing further injury. If you have chest pain while walking up two flights of stairs, it sounds an alarm to seek medical advice.”

But with chronic pain conditions like CRPS, pain loses its protective function and becomes a disease by itself. Thankfully, new treatments are being developed every day — like ketamine infusions and dorsal root ganglion stimulation (DRGS). Dr. Mekhail discusses DRGS, including who is most likely to benefit:

Q: What is the dorsal root ganglion?

A: Each segment of your spinal cord manages sensations for a specific area of the body. It’s like train lines heading out for different parts of the city. And the dorsal root ganglion (DRG) is the transportation hub: Every stimulus flows through the DRG, the nerve center of the spinal cord, on the way to the brain where it gets processed.

But the DRG is not just a sensation-relay station: It can filter pain stimuli to make them more or less intense.

Q: How does a DRG stimulator relieve pain?

A: The goal of DRGS is to make the nerve cells less sensitive. We use electric stimulation over the dorsal root ganglion to create an electric field, which slows the pain signals traveling from the limbs to the spinal cord then onto the brain. The electric field reprograms the nerve cells to decrease the super sensitivity that goes along with CRPS. This process normalizes the patient’s pain sensations.

Q: How do you implant the DRG stimulator?

When you move your foot or hand, the leads send minor electrical impulses to the DRG to block the pain signals from reaching the brain.

Q: Can you back up a beat and tell us why CRPS causes pain in the first place?

A: It seems with CRPS there is a structural change in the DRG cells. The result is pain that no longer needs a stimulus to start. The pain is constant for no rhyme or reason.

Q: How effective is DRG stimulation for CRPS treatment?

A: The initial study compared DRGS to spinal cord stimulation (also called SCS, which is similar, but doesn’t target the dorsal root ganglion). The results were impressive:

Q: Who is eligible for this CRPS-pain destroyer?

A: DRGS is an invasive procedure — we implant an electrical stimulator into the body — so we prefer to try less invasive methods first, such as:

If the pain is chronic and uncontrollable with other treatments, it’s worthwhile to consider DRGS because it works so well.

Q: What’s the catch? Are there risks we need to be aware of?

A: The risks are the same as with any procedure: a chance of bleeding or infection at the surgical site. But those are rare occurrences. There’s also a small chance that the wire that generates the electrical field will move and need to be repositioned.

The only other consideration is that the stimulator runs off a battery that gets implanted into the buttocks. The battery lasts five or six years, but eventually, it will need to be replaced. Fortunately, it’s a pretty quick procedure (15 to 20 minutes).

Q: Could DRGS work for someone that has chronic pain that isn’t CRPS?

A: In my practice, I’ve seen DRG stimulation help with other types of pain, including:

When Should I See a Pain Specialist for My Bad Back?

Painful Arthritis in Your Knee? Acupuncture May Bring Relief

When Nothing Seems to Help Your CRPS, Ketamine Pain Treatments May Bring Relief

8 Remedies For Low Back Pain

Can My Chronic Pain Ever Be Cured? If You Suffer from CRPS Pain, DRG Stimulation May Provide the Relief You Crave