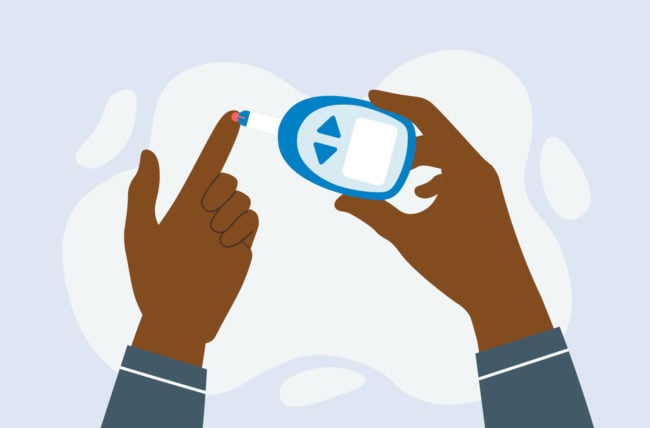 High blood sugar can sneak up on you without any obvious symptoms. In fact, most people don’t know they have high blood sugar until they’ve been diagnosed with Type 2 diabetes — and they’ve probably had it for some time.

How do you know if you have diabetes?

The telltale signs of Type 2 diabetes, such as frequent urination and excessive thirst, are often subtle, especially early on. But ignoring them can cause worse health problems down the road.

Even mild blood sugar elevation can damage your nerves, kidneys and retinas. And the higher your blood sugar levels and the longer you go without treatment, the worse the damage can get.

“When we diagnose someone, we assume they have probably already had diabetes for about five years,” says endocrinologist Kevin Pantalone, DO. “During screenings, a certain number of people who are newly diagnosed already have been living with kidney problems and retinal issues, so they’ve had it for some time.”

Dr. Pantalone says there are several symptoms that can occur early on with diabetes. Even if they’re subtle, they’re worth mentioning to your doctor.

Having to go to the bathroom more than normal, particularly at night, is a sign that your blood sugar might be out of whack. For example, Dr. Pantalone says one of his patients came in for a diagnosis after a family member noticed he was using the bathroom during each commercial break when they watched TV.

When your blood sugar is high and your kidneys can’t filter it well enough, sugar ends up in your urine. More sugar in a warm, moist environment can cause urinary tract and yeast infections, especially in women.

If you have diabetes, your body isn’t able to use glucose (sugar) as effectively for its energy. Instead, your body will start burning fat stores, and you may experience unexpected weight loss.

4. Your vision is getting worse

High sugar levels can distort the lenses in your eyes, worsening your vision. Changes in your eyeglass prescription or vision are sometimes a sign of diabetes.

Several underlying causes of fatigue may relate to diabetes/high sugar levels, including dehydration (from frequent urination, which can disrupt sleep) and kidney damage. This feeling of exhaustion is often persistent and can interfere with your daily activities, Dr. Pantalone notes.

Something that Dr. Pantalone often sees in people before a diabetes diagnosis is dark skin in their neck folds and over their knuckles. Insulin resistance can cause this condition, known as acanthosis nigricans.

How the signs are different between men and women

How diabetes symptoms differ for women

Women who’re living with Type 2 diabetes have more to manage. According to the CDC, diabetes can increase the risk of heart disease by about four times in women as compared to two times in men. Women are also at higher risk of other diabetes-related complications such as blindness, kidney disease and depression.

Women who are living with Type 2 diabetes might also have:

It’s possible to prevent Type 2 diabetes. Most of it comes down to managing your weight and exercising regularly. Losing just 5% of your current weight can help reverse prediabetes, which is when you have higher blood sugar levels but they’re not high enough for you to be diagnosed with diabetes. It also helps to cut back on processed foods, alcohol, sugary drinks and trans fat. Go for whole grains, lean protein, fruit, non-starchy vegetables, water and unsweetened drinks instead.

Regular testing can put you in the know

“Often, what happens is people minimize the symptoms or rationalize them and they get worse until they become severe enough that they have to see someone,” Dr. Pantalone says. “They have excessive weight loss or are really tired of peeing all night.”

Because symptoms of diabetes are often subtle or nonexistent, especially around the onset, it’s important to see your doctor regularly for a checkup and testing. This is a must if you’re overweight or have risk factors — if diabetes runs in your family, for instance.

The U.S. Preventive Services Task Force recommends screening for Type 2 diabetes if you’re between the ages of 40 and 70. If results are normal, you should repeat the testing every three years. If you have a risk factor, the task force recommends beginning screening at a younger age and testing more frequently.

Give Your Good Cholesterol a Boost

Weight Gain During Pregnancy: How Much Is Too Much?

9 Ways to Prevent Disease (and To Live Your Healthiest Life) 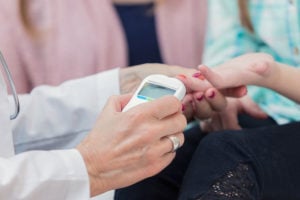 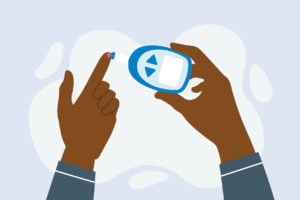 Is Diabetes Sneaking up on You? 6 Early Signs

Type 2 diabetes symptoms aren’t always obvious — and the condition could already be doing damage to your nerves, kidneys and retinas. Learn about the warning signs and find out how to lower your risk for Type 2 diabetes.