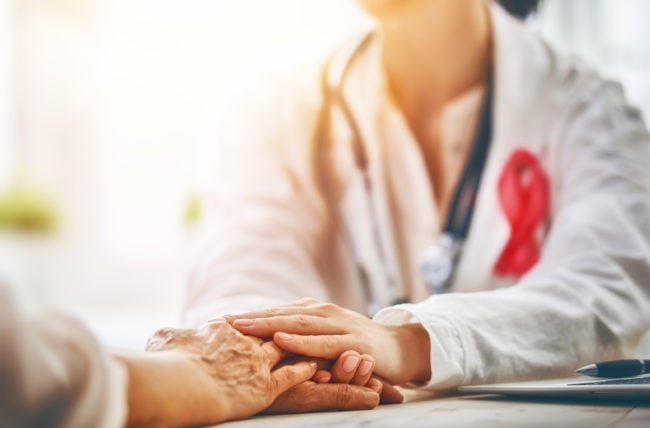 A large breast cancer study has confirmed what doctors in recent years have suspected: Thousands of women with a common type of early-stage breast cancer will no longer need to undergo chemotherapy after surgery.

The New England Journal of Medicine recently published results of the National Cancer Institute study involving more than 10,000 women with hormone-receptor-positive, HER2-negative breast cancer. The study found that postmenopausal women with a low to middle risk of recurrence score, as determined by a common genomic test (Oncotype DX), only needed anti-estrogen therapy after surgery.

The challenges of chemotherapy’s effects

In treating breast cancer, doctors typically have given chemotherapy after a lumpectomy or mastectomy. Known as adjuvant treatment, this is meant to help reduce the chance of recurrence.

When patients receive it after surgery, the chemotherapy treatment typically lasts from three to six months, depending on what type of drugs doctors use.

“But chemotherapy comes with a lot of side effects, both short-term and long-term,” Dr. Abraham says.

Common temporary side effects include:

Doctors sometimes have to hospitalize patients to get these problems under control. “Chemo is not easy; it’s not fun,” Dr. Abraham says.

More about the study and assessing risk

For this major study, researchers enrolled women ages 18 to 75 with hormone-receptor positive, HER-2 negative breast cancer. Doctors used a genomic test (Oncotype DX) that looks at 21 genes to determine each woman’s risk of recurrence on a scale of 0 to 100.

However, for this study, researchers considered recurrence score numbers less than 11 as low (and limited treatment to anti-estrogen therapy), while they treated anyone with a score higher than 25 with chemotherapy.

In particular, the study researchers wanted to better understand the role of chemotherapy in patients in the middle range (with scores of 11-25); these were considered as the intermediate risk group.

“Also, post-menopausal patients can safely avoid chemotherapy if they have a number less than 25,” Dr. Abraham says.

The only exception is for women who are pre-menopausal or age 50 or younger. The study recommends that doctors evaluate the benefit of chemotherapy for these women who fall in the 16 to 25 recurrence score range.

The recent study results are one more step toward helping doctors and patients practice personalized healthcare, Dr. Abraham says. “We can really individualize treatment and make sure we are prescribing the right treatment for the right purpose.”

Should You Have Chemotherapy Before Surgery for Breast Cancer?

Metastatic Breast Cancer and Your Career

Can Your Cancer Treatment Be Hazardous to Others? 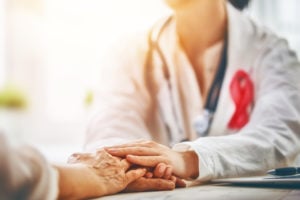 Many Women Can Skip Chemo for Early-Stage Breast Cancer