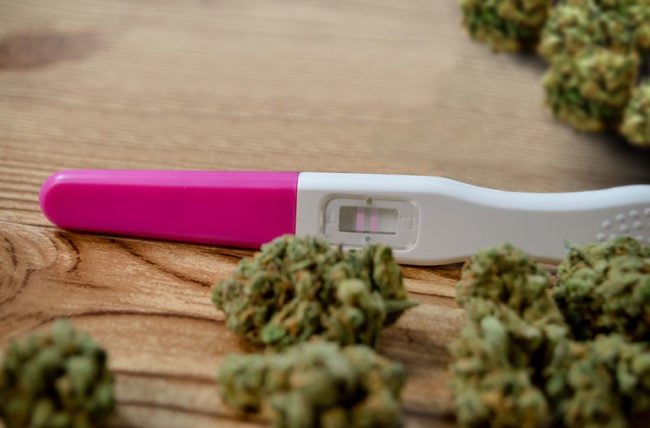 Pregnancy is a magical time in your life — unless you’re puking all day, worrying all the time or sobbing because of hormone overload. If you’re desperate for relief, you might be tempted to try marijuana during pregnancy. Ob/Gyn Rebecca Russell, MD, offers compelling reasons for why you shouldn’t.

Out with the old: New studies reveal pot-associated pregnancy risks

“Many women may be surprised that using pot during pregnancy isn’t safe. They may be misinformed because previous research did not show an increased risk to fetal development,” says Dr. Russell. “But those decades-old studies were smaller and used less effective research methods.”

Dr. Russell says the evidence is mounting that marijuana puts your fetal development at risk.

Newborns exposed to marijuana have a higher risk of medical conditions

Other studies reveal that breastfed babies of marijuana-using moms are more lethargic and less effective at suckling while nursing.

In states where marijuana is more readily available because of law changes, healthcare providers are noting increased newborn rates of:

Dr. Russell says today’s designer marijuana has more THC (the chemical that causes you to get high) than it did 20 years ago. Researchers know that THC crosses the placenta and gets to the baby’s brain, where it has the potential to impact brain development.

“We know THC reaches the developing brain. We don’t know when the brain is most susceptible to the drug or how much or little of the drug will cause damage,” says Dr. Russell. “Since we may never know that, it’s safest to avoid pot altogether when you’re pregnant.”

While researchers don’t yet know all the possible long-term effects of pot use in pregnancy, they suspect an increase in behavioral issues like ADHD and learning deficits.

“We have little data to show whether pot might affect a developing baby’s IQ. We know it impacts adolescents whose brains are still developing,” says Dr. Russell. “Teens who use marijuana lose IQ points and don’t get them back. It’s safe to assume the same is true — and possibly even worse — for marijuana-exposed babies developing in the uterus.”

Don’t resort to weed in pregnancy: Seek care from a qualified provider

“It can be challenging for women who experience severe morning sickness, depression or anxiety during pregnancy,” says Dr. Russell. “Many of them don’t want to use prescription medicines because they aren’t sure they’re safe. But prescription medicines are better studied and generally considered safe, even though they may come with some risks.”

Dr. Russell recommends women work with their pregnancy provider to find a solution they can tolerate but never accept marijuana as a safe option.

“Even though marijuana use in pregnancy has become more mainstream with legalization, that doesn’t mean it’s safe,” says Dr. Russell. “Stay away from pot during pregnancy, even small amounts.”

Can Weight Loss and Energy Supplements Cause Miscarriage?

Moms-to-Be: When You Get the Whooping Cough Vaccine During Pregnancy Matters

Is Anesthesia Safe for Kids?

High Blood Pressure in Pregnant People on the Rise 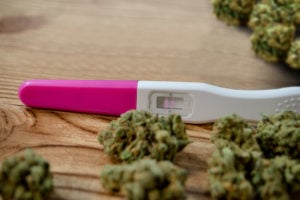 Marijuana Use in Pregnancy: Why You Should Just Say No

If pregnancy has made you miserable, you might be considering calming your belly or nerves with marijuana. After all, it’s legal in many places, so that must mean it’s safe, right? Dr. Rebecca Russell, Ob/Gyn, explains why pot is never safe to use in pregnancy.