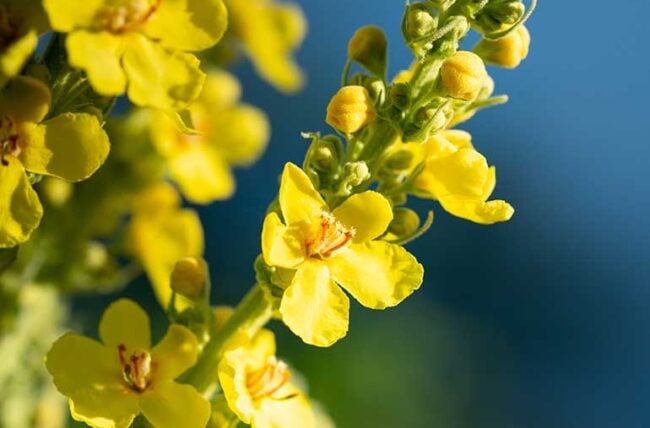 Everyone has their favorite home remedies to help cure the common cold, as well as other respiratory illnesses: zinc for sore throats, vitamin C to boost immunity and chicken soup for everything.

Now you can add mullein to the list. This herb has been used for hundreds of years to ease respiratory ailments.

But does it really work? Functional medicine specialist Sobia Khan, MD, shares the benefits of mullein and the challenges of finding a quality product.

Verbascum thapsus, more commonly known as mullein, is a member of the snapdragon family. It’s considered a weed by some and a godsend by others.

Mullein grows in the United States but originated in Europe, Asia and North Africa, and Dr. Khan says different parts of the plant have different beneficial properties. Native Americans and colonists used it for various medicinal purposes, from helping with coughs and breathing to healing wounds.

According to Dr. Khan, mullein still has practical uses today. It’s helpful for any lung condition that can lead to inflammation or infection. Before antibiotics, it was a go-to herbal remedy for:

In health stores, you can find mullein extracts, capsules, oils and teas. For respiratory issues, take mullein by mouth. People often drink mullein tea — sipping a cup of tea of any kind is soothing, and mullein may add health benefits. You can also take a mullein capsule, extract or oil. Mullein benefits your respiratory tract — especially when fighting illness — in several ways:

Mullein is an expectorant, a substance that thins mucus (phlegm) and makes it easier to cough up. Expectorants help break up mucus to get it out of your system.

“It’s always good to get mucus out of your airways,” says Dr. Khan. “If mucus remains in the lungs, it can form thick plugs that block airflow — and in severe cases, it can lead to lung collapse.”

When you have lung and throat issues, using mullein may relieve some of your discomfort. Its flowers and leaves contain mucilage, which coats mucous membranes (the moist linings inside of your respiratory tract) with a film, reducing inflammation.

Because of its anti-inflammatory effects, salves and oils that contain mullein can also help relieve pain and irritation in skin wounds.

One research paper highlights this benefit, showing that mullein stem extract combined with alcohol was 85% effective at protecting cells from damage. As mullein has antioxidant properties, it boosts your body’s natural defenses.

Mullein has antiseptic qualities, meaning it prevents the growth of disease-causing germs. One study found that it was effective at fighting pneumonia, staph and E. coli bacteria.

Other research indicates that mullein has antiviral properties, too, and may even slow the influenza virus. Taking mullein when you have a cold or flu may help you beat the infection faster.

You can use mullein tea or other forms of the herb to improve lung health and reduce symptoms of respiratory illness. It has a long history of use and little to no side effects. But the challenge is finding a source that produces a pure, effective product.

“In the U.S., it’s not manufactured in a standardized way like it is in European countries such as Germany,” Dr. Khan says. “That makes it difficult to find effective formulas here.”

What are the side effects of mullein?

If you apply mullein directly to your mucous membranes or on your skin at a high potency, you may have a skin reaction. “If it’s diluted, though, it doesn’t typically cause any side effects,” Dr. Khan states. “To date, there are no reports of negative reactions or toxic side effects of mullein.”

The biggest risk is that herbal supplements don’t undergo the same rigorous testing as medications do. So, it’s important to make sure you’re using a pure, quality product.

“Look for reputable brands that indicate they’ve been tested by a third party, so that you can trust what’s inside the bottle,” Dr. Khan advises, “and stay within the product’s dosage recommendations. Most importantly, before taking any supplements, always discuss them with your doctor.”

A Dermatologist’s Advice on How to Get Rid of a Pimple — Stat!

Why Sex Hormones Can Help (or Hurt) Your Asthma

Vitamin E for Skin: What Does It Do? 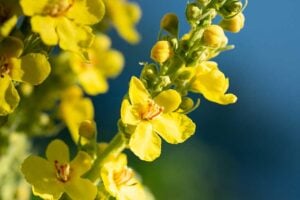 How Mullein Benefits Your Lungs