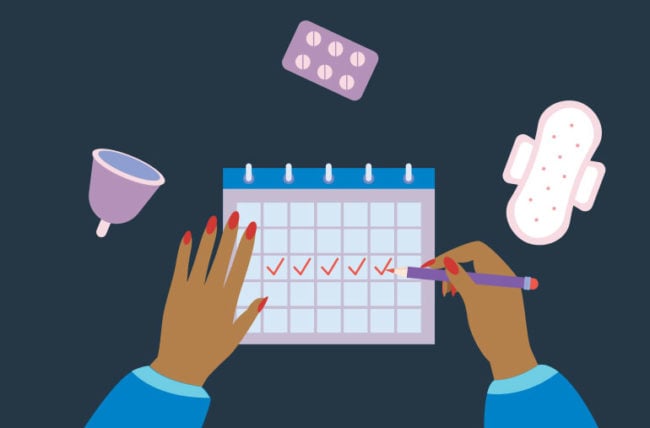 Almost every woman can tell the same story: She was living at home or in her college dorm, and her menstrual cycle synced up with another woman’s.

It’s a widely known wives’ tale, and many theories suggest that outside factors can push menstrual cycles to shift. But, does scientific evidence actually exist to back it up? Ob/Gyn Stacie Jhaveri, MD, says no.

What is the ‘menstrual myth’?

Stemming from a 1971 study published in Nature, the menstrual synchronization myth — called the McClintock Effect — suggests that pheromones or other factors can influence and shift periods for women who live together.

The results, based on observations of 135 Wellesley College students, have long been questioned. While a few studies had similar findings, many who duplicated Martha McClintock’s study think there were methodological errors, as well as statistical errors, in the analysis.

Throughout the decades, numerous studies have been debunking this myth over and over, including a 2006 Human Nature study that showed that menstrual cycles don’t align reliably after a year of living together.

Do pheromones or the moon’s phases have anything to do with my period?

Alongside the McClintock Effect, researchers have investigated whether the phases of the moon can push a woman’s period to start earlier or later in the month.

“Although the moon’s pull affects the ocean’s tides, there’s no verifiable evidence to date that the moon can affect the ebb and flow of your menstrual cycle,” says Dr. Jhaveri.

Besides moon phases, researchers wondered if human pheromones and periods can be linked together. Pheromones are chemicals released by animals that influence the behavior of others of the same species. Among animals and insects, a lot of evidence exists to support the power of pheromones to impact and change hormonal behaviors.

“It’s possible that the same effect exists in humans, but there’s no research to support that claim,” says Dr. Jhaveri. “Pheromones are largely emitted from the armpits and the groin, but think about the habits of modern-day society. Maybe there’s something there, but if you’re washing it all off when you shower, the pheromones aren’t going to have much effect.”

When mathematics come into play

Science may not confirm a chemical or hormonal reason to explain why your period might match up with a roommate or close friend, but there is a mathematical explanation: It’s simply a matter of time. Over time, a woman who has a three-week cycle and another who has a five-week cycle will eventually see their periods overlap.

“It’s anecdotal that you’re likely to remember the times you had bad cramps at the same time your roommate did more than the times you didn’t,” says Dr. Jhaveri. “You will overlap and diverge because women have different cycle lengths.”

If you live with someone for at least a year, your cycles are likely to happen to occur together a few times.

What really can affect your period?

While science can’t prove whether living with someone or the pull of the moon impact your cycle, there are a few things that can change the timing of your period:

Although many women may feel an elemental connection with roommates or close friends, it’s probably just a coincidence when your periods happen to sync up.

Why Is My Period Late?

What Is Chasteberry, and What Can It Do?

Where Can You Feel Endometriosis Pain?

Infradian Rhythms: What They Are and Why They Matter

Do My Period Changes Mean Perimenopause? 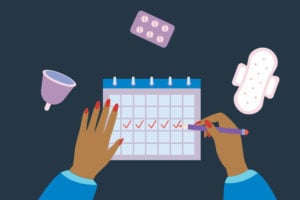 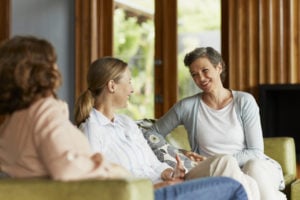 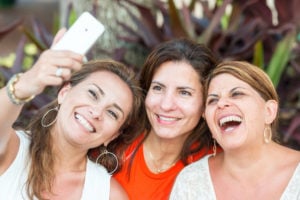 Does Your Period Really Sync With Close Friends’?

Is it true that women who live together have their periods at the same time? It’s a persistent story among women that doctors and scientists have worked to unravel. Find out the truth.