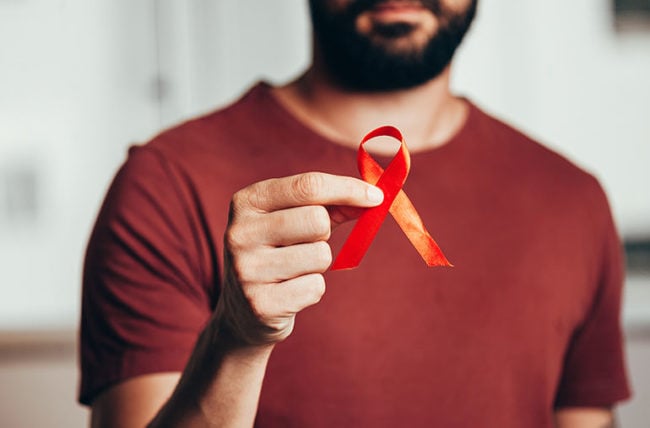 About 1.2 million people in the U.S. are living with human immunodeficiency virus (HIV). And while the Centers for Disease Control and Prevention (CDC) estimates that 34,800 new cases of HIV developed in 2019, this number actually represents an 8% decrease as compared to 2015’s estimate — 37,800.

HIV has always been wrapped up in misinformation and stigma. And as we know from pandemic life, all of this can most likely be linked to fear. So what do people get wrong about this virus and what can we do to end the HIV epidemic? Ob/Gyn and reproductive infectious disease specialist Oluwatosin Goje, MD, covers a few common misconceptions about HIV and how those who are living with it can still lead very fulfilling and productive lives.

When left untreated, HIV is what causes acquired immune deficiency syndrome (AIDS). This virus attacks the immune system and makes it harder for the body to fight infections and cancer. This occurs because the virus infects and kills T cells, the cells that help protect the body from illness.

Being diagnosed with HIV doesn’t automatically mean that a person has AIDS. It takes about 10 years for untreated HIV to turn into AIDS. The only way to know if you have HIV is to get tested.

It’s possible to experience flu-like symptoms a few weeks or two months after contracting HIV. This is referred to as an acute HIV infection and symptoms could include chills, fatigue, fever, mouth ulcers and more. These symptoms tend to resolve after a week or a month.

“AIDS is the most severe stage of HIV (stage three). People who are living with AIDS have badly damaged immune systems so they can get an increasing number of severe illnesses or opportunistic infections (OIs),” says Dr. Goje.

But thanks to more effective treatment methods, OIs are less common among people who are living with HIV.

A lot of the stigma surrounding HIV comes from misinformation or people not completely understanding how the virus affects the body.

“What we shame, we hide. And when we hide things, we tend not to rise above them. There is no reason to shame people who are living with HIV in 2021. A lot of money has been endowed for research and most of the medications for HIV are less toxic, cause fewer side effects and encourage more compliance.”

Dr. Goje is well aware of the myths that are floating around about HIV. Here, she shares some commonly heard ones.

Myth 1: You can tell that someone is living with HIV by looking at them

“No, you cannot identify people who are living with HIV by mere physical appearance. You cannot identify HIV-positive people by the symptoms they have. They may not have any specific symptoms or have symptoms suggestive of other health conditions,” says Dr. Goje.

Anyone can contract HIV. According to the World Health Organization (WHO), the behaviors and conditions that put people at greater risk for contracting HIV include:

Having sex while intoxicated can also put you at risk of contracting HIV. The reasoning behind this is when people are drunk or high, they’re more likely to engage in riskier sexual activities.

Biologically speaking, people with female genitalia are more at risk for contracting HIV through heterosexual encounters because of the exposure to semen.

“HIV does not affect fertility and childbirth, especially for women who are receiving appropriate and adequate treatment. However, not taking medications while been pregnant can lead to mother-to-child transmission (MTCT). Pregnant people who are living with HIV should continue treatment or medications as recommended. When a mother’s viral load is undetectable, there’s a less than 1% chance of infecting the baby,” says Dr. Goje.

Myth 4: If you’re on PrEP, you don’t need to use condoms

Pre-exposure prophylaxis (PrEP) helps protect people who might be at high risk for HIV through sex or injection drug use.

“Taking PrEP medication as prescribed reduces the risk of contracting HIV through sexual contact by about 99% and reduces the risk of getting HIV by at least 74% among people who inject drugs. PrEP does not decrease the risk of other STDs. So we must continue to advocate for both PrEP and the consistent and correct use of condoms,” explains Dr. Goje.

Myth 5: If both partners are HIV-positive, there’s no need for condoms

Dr. Goje says this isn’t true at all. People who are living with HIV can still be at risk for other STIs (also known as sexually transmitted diseases, or STDs).

“Do not skip condom use because you can contract other STIs like gonorrhea, chlamydia, trichomoniasis, syphilis or even herpes,” she notes.

Medication for HIV is also known as antiretroviral therapy (ART). It doesn’t cure HIV, but when taken as prescribed, ART can reduce the amount of the virus in the body. The CDC says most people are able to get the virus under control within six months. Another thing to keep in mind is that ART will not prevent the transmission of STDs or STIs.

And while there have been reports about HIV being cleared from the body in a couple of cases, Dr. Goje says this is not a valid reason for people who are living with HIV to stop ART.

Myth 7: You can get HIV from sharing cups and utensils with someone who is living with the virus

Not true. But you can get HIV when bodily fluids from an infected person enter your bloodstream. These fluids include:

HIV can enter the blood through linings in the mouth, anus, penis and vagina or through broken skin.

You don’t get HIV or AIDS from:

Myth 8: Having HIV means your life is over

“With early diagnosis, surveillance and ART, those who are living with the virus can enjoy healthy and purposeful lives. They can also work and have meaningful relationships with partners, friends and family,” says Dr. Goje.

HIV education is critical to erasing the stigma

When it comes to HIV, Dr. Goje is a huge advocate for community education. She says that when people know more, they’ll be less inclined to shame those who are living with the virus and more likely to provide support and encouragement.

“People, especially family and loved ones, need to know that HIV is not a death sentence. They need to understand the methods of transmission and that people who are living with HIV are contributing immensely to society and their communities. They need love, support and encouragement from those around them along the way as well. Once the community is better educated about HIV, they can provide a better support system.”

Hypothermia Can Happen Both Indoors and Outdoors

7 Myths About Medication and the Facts Behind Them 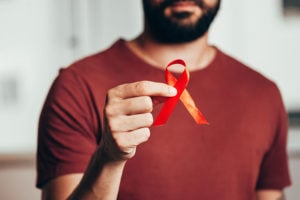 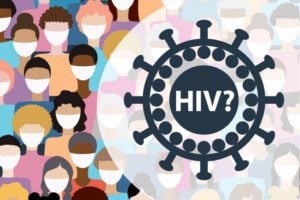 Common Myths About HIV and AIDS

HIV has always been wrapped up in misinformation and stigma. Learn more about common myths and why those who are living with HIV need our support.