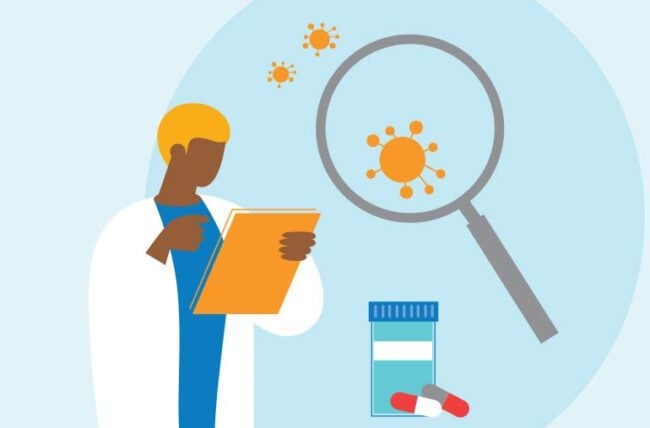 That said, there is a best answer to the question: There is no difference between an STI and an STD.

“STI” and “STD” are both umbrella terms. We use them to describe a range of conditions that can pass from person to person through unprotected sexual activity. These conditions can be viral, bacterial or even parasitic, a la pubic lice.

“STD,” like the term “venereal disease” before it, is older and less scientific. It’s also more popular because it’s the one most of us grew up using.

“STI” is more accurate and comes with less historical and political baggage, but it’s not as widely known or used as the term “STD.”

Why are there so many websites that treat STIs and STDs as different things? The simplest explanation is that there are several ways to define the word “disease.” The definition you choose changes the relationship between the two terms.

If you define “disease” as a deviation from the normal structure and function of an organism (as we do), then there is NO difference between an STI and an STD. This is the more accurate interpretation, says physician assistant Evan Cottrill, PA-C, AAHIVS, HIVPCP.

If you think, as some do, that there needs to be signs and symptoms to call a condition a “disease,” then STIs occur first, and may or may not evolve into STDs. In this way of thinking, the term “STI” describes what doctors call a “latency period” — the time in between contracting an infection and experiencing symptoms.

The flaw in that logic is simple: We use the word “disease” to describe illnesses that progress without noticeable symptoms a lot in Western medicine. Examples include hereditary conditions like Huntington’s disease, infections like Hansen’s disease, slow-developing conditions like glaucoma and even colorectal cancer. In the case of glaucoma and colorectal cancer, we all submit to regular testing — like eye exams and colonoscopies — because the symptoms rarely appear until the disease has advanced to a late stage.

In other words, you would have to change the way we use the word “disease” in many other areas of medicine for the concept of “STI-to-STD” evolution to make sense.

As Cottrill reminds us, illnesses manifest in different ways in different people. Some people will have a textbook presentation, with all the expected signs and symptoms. But, as he puts it, “You’re always going to have outliers. You’re always going to have atypical presentations.” For that reason, Cottrill doesn’t think distinguishing between an infection and a disease is fair or medically accurate.

He continues, “I’ve seen many people who have a clear-cut, simple gonorrhea infection. Some of those people are symptomatic, and others are not symptomatic. Either way, I’m going to use the term ‘infection,’ because at the end of the day — in the case of gonorrhea, which is a bacterial infection — we are going to treat it with an antibiotic and it’s going to be cured.”

Cottrill also uses the term “STI” because he recognizes that the word “disease” has a not-so-great history.

The word “disease” has a lot of baggage associated with it. Cottrill explains, “When we hear disease, we often think of a long-standing illness that will permanently affect you.”

All too often, we talk about illness as a moral failing and, of the terms we use, “disease” has one of the most negative connotations. It’s especially problematic in the case of conditions transmitted through sexual activity. As Cottrill puts it, “Throughout history, especially in Western culture, there’s been a negative connotation with anything that refers to sexuality or the word ‘sex’ at all.”

This may sound like a semantic debate, but the impacts these language choices have are real.

Many belief systems treat sex and sexuality as moral issues. That can lead some to believe (incorrectly) that an STI diagnosis will reflect poorly on their character. But the culture of shame and guilt around STIs can prevent people from getting tested, or speaking with their partners about their sexual health. The result: More STIs.

It’s incorrect to assume that only “certain types of people” contract STIs. They are, in fact, incredibly common. Anyone who’s having unsafe sex can get an STI, even if they’re in a committed, exclusive relationship. Thanks to modern medicine, many people are enjoying sex well into their golden years. As a result, senior citizens — especially those living in nursing homes — are a high-risk population for these infections.

Using the term “STI” can help us change the way we think about sexual health and well-being.

Reminder: Many STIs can transmit nonsexually

It’s important to remember that many conditions that get the “STI/STD” label can also spread through nonsexual contact.

“There are so many other ways that people can come across these illnesses, viruses and bacteria,” Cottrill explains. Human papillomavirus (HPV), Monkeypox and genital warts can all spread through casual contact. Other STIs are bloodborne. Human immunodeficiency virus (HIV), for example, is transmissible through blood, breast milk, semen and vaginal fluid.

Why do some still use the term ‘STD’?

While it’s clear the term “STD” isn’t particularly accurate or inclusive, you’re still likely to hear and read it more often than “STI.” You’ll even see it in medical settings.

“In a perfect world, we would just get rid of the term,” Cottrill says. But the world we live in is far from perfect. In fact, many people have never heard the term “STI.”

This can lead healthcare providers in many settings to use the term “STD” in order to ensure understanding.

Yes, “STI” is a more accurate and inclusive term, but whatever you call them, remember that these are common conditions, and nothing to be ashamed of.

“I often compare something like a gonorrhea, chlamydia or syphilis infection to strep throat,” Cottrill says. “It is an infection — in those cases, bacterially driven — that we treat with an antibiotic and it goes away.” Even chronic conditions that can’t yet be cured, like HIV, can be managed.

STIs aren’t inherently worse or different from other medical issues. In fact, they are easily prevented. The fact that STIs are on the rise highlights how important it is to learn about and destigmatize sexual health issues.

Humans created the stigma around STIs, and we can remove it, too.

What To Do During a Genital Herpes Outbreak 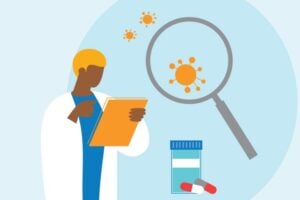 Are STIs and STDs the Same Thing?