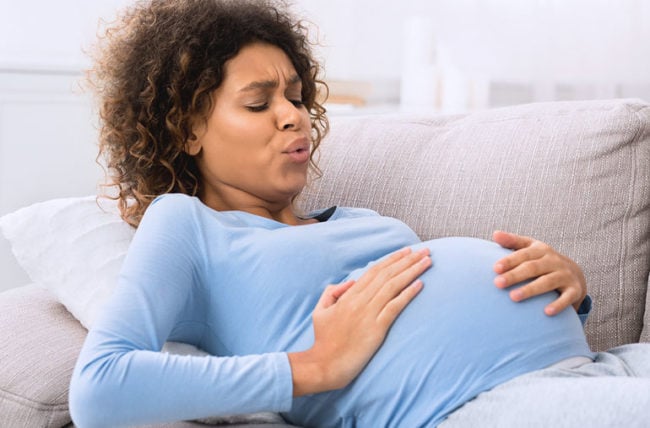 When you’re close to your baby’s due date, each day that passes can feel like 100. Time becomes relentless — just like calls from well-meaning loved ones asking if you’re still pregnant. You need a sign (anything!) to signal that labor is near. But do signs that labor is 24 to 48 hours away exist?

“There are no real rules with labor. It is completely variable. If you take 10 women, you’re going to get 10 different stories about what it was like for them before they went into labor — even between pregnancies,” says Ob/Gyn Jonathan Emery, MD.

But take heart! Dr. Emery says there are four early signs of labor that may just happen to you.

Signs that labor is imminent are a bit of a moving target. There’s no step-by-step list of how it all goes down, and the only thing you can count on is that your experience will be unique to you.

“The frequency and intensity of contractions determines labor,” says Dr. Emery. “But there are some physical symptoms that happen during that time.”

Some women feel the type of cramps that usually happen with menstruation. “These cramps are different than Braxton Hicks, which are usually painless false contractions that happen when the uterus tightens,” explains Dr. Emery. “These period-like cramps may be the beginning of mild contractions. They’re not too painful, but they’re noticeable. They may come and go over hours or even a couple of days.”

You may start to feel pressure in your vagina or pelvis. “This may be due to ‘lightening,’ which is when the baby drops down from the abdomen. Some women feel lightening as pelvic pressure or even low back pain,” says Dr. Emery. “But keep in mind that some women don’t experience this drop until they’re in actual labor.”

3. Loss of the mucus plug

Some women notice a change in their vaginal discharge, which may signal the passing of their mucus plug. The mucus plug is an accumulation of mucus that forms a seal over the cervix’s opening. It helps protect the baby from unhealthy bacteria outside of the uterus. As the cervix starts opening in preparation for labor, you may lose the mucus plug (also called bloody show) in one blob or gradually.

“Decades ago, people used to think that if a woman passed her mucus plug, it meant that she would be in labor in a certain number of days. But now we know that it can be nonspecific. You can lose the mucus plug, not go into labor, and the mucus can even re-accumulate in the cervix.”

4. Changes in your vaginal discharge

Even if the mucus plug stays intact, you may notice other changes to your vaginal discharge. “It can become more watery, stickier and thicker, or maybe a little pink before labor begins or at the early stages of labor,” says Dr. Emery.

Other signs labor could be near

Dr. Emery says that while there are other potential signs of labor, they have less real science to back them up. These signs of labor include:

“One or more of these labor signs might happen for some women, but there’s no clear evidence that they’re related to pre-labor or early labor.”

What to do if you think you’re in labor

If you think labor has started, Dr. Emery says you should time your contractions. When they are happening every five minutes and are so strong that you can’t walk or talk, call your prenatal provider. The waiting game is finally over!

Intense Shivering After Your Baby’s Born? You’ve Got Postpartum Chills

Why Do We Sigh and What Does It Mean?

8 Signs of a Toxic Work Environment 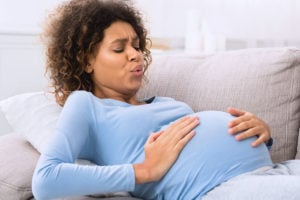 These early signs of labor could mean it’s time to meet your baby!