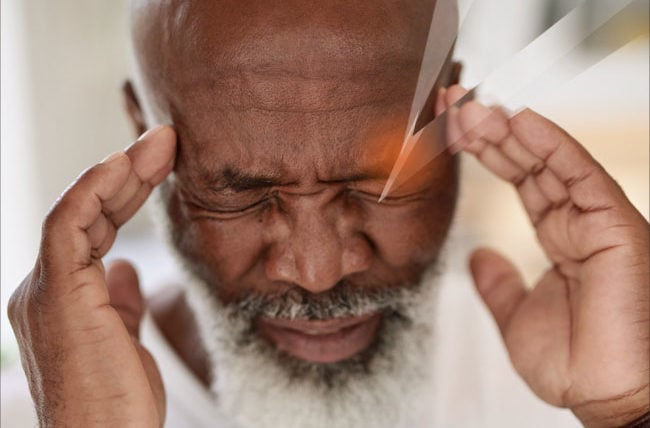 A headache that feels like stabbing around your eye or temple, or zigzagging from side to side. Sometimes, it’s called an “ice pick headache,” and you know why.

Then, just as quickly, the headache disappears — until later that day, or maybe tomorrow.

“Patients will say, ‘The headaches are so sharp (and they keep reoccurring). I’m worried,’” says headache specialist Emad Estemalik, MD.

But, surprisingly, there’s generally little cause for alarm, he says.

Here’s what you should know about stabbing (or ice pick) headaches:

1. Usually they’re harmless — but they need to be checked.

“The vast majority of primary stabbing headaches are benign and will go away in a few weeks or a couple of months,” Dr. Estemalik says.

But don’t try to diagnose them yourself, he cautions.

See your doctor to make sure that what you are experiencing is, in fact, a harmless stabbing headache.

After a clinical assessment, your doctor will decide whether you need more testing. They may recommend an MRI or MRA, a type of imaging that can take a closer look at blood vessels.

Specifically, your doctor will want to rule out a couple of rare disorders:

These disorders cause a few seconds of severe head pain on one side of the head with teary eyes and runny nose.

2. Cause and prevention remain a mystery.

Patients tell Dr. Estemalik they have no idea what triggers their stabbing headaches, and they’re not the only ones. Researchers aren’t sure what causes them either.

Patients describe all sorts of scenarios when recounting when these headaches hit. Maybe it’s in the morning, but sometimes it’s at night. They may feel relaxed or stressed, hungry or full. It may happen during exercise, or while they’re lying in bed.

What we do know is that those who get migraine headaches are more likely to get stabbing headaches as well. They often occur in the same location as the migraines. Also, they’re uncommon in children and teens.

3. If your pain is unbearable, relief is available.

Stabbing headaches typically disappear spontaneously in a few weeks to a couple months, Dr. Estemalik says. But, in the meantime, your pain may be over the top. And it may cause you extra anxiety or stress as you anticipate the next jab.

A nonsteroidal, anti-inflammatory drug known as indomethacin can ease the pain. But, like many drugs, it comes with side effects, including nausea and other stomach discomforts.

Dr. Estemalik says he typically prescribes the drug for a short term. By then, the stabbing headaches usually have run their course.

He sees many patients who are dealing with stabbing headaches, so don’t think you are alone. And, while most are harmless, you shouldn’t just assume that yours is.

“With any new onset of stabbing headaches, you need to see your doctor,” he says.

How Magnets Can Help You Conquer Depression

Should I Worry About a Headache Only on One Side?

8 Things to Know About Cervicogenic Headaches

Can a Daith Piercing Prevent Migraines?

Are Weight-Loss Pills Right for You? 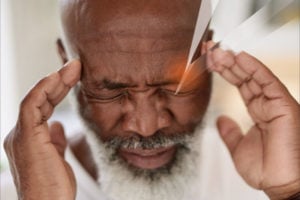 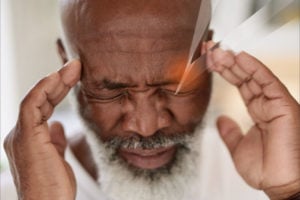 Stabbing, Ice Pick Headaches? When You Should See a Doctor

Stabbing (or ice pick) headaches are painful and dramatic, and they naturally can make you worry. Find out when you should see a doctor.