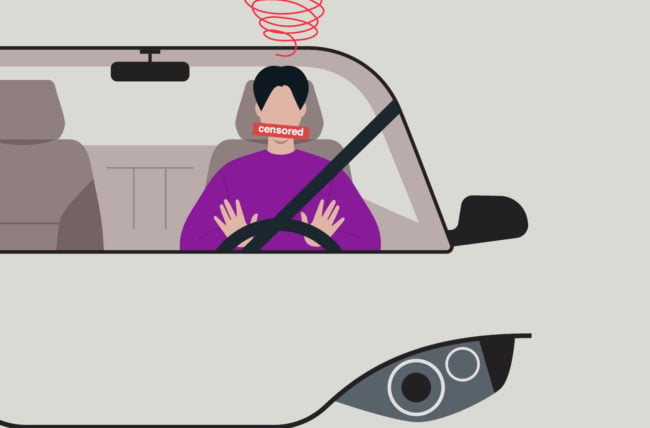 To some, it’s bad manners. To others, it’s practically an art form. It’s a taboo that exists in every culture, and a feature in many people’s day-to-day lives. It inspires outrage, laughter, sadness — and sometimes even romance.

“It,” of course, is swearing. And it’s got scientists talking.

Over the past few years, studies have linked profanity to health benefits — like pain relief — and traits — like honesty. Are these associations real, or are all these studies a bunch of BS? We talked to health psychologist Grace Tworek, PsyD, to learn more.

Does swearing make you smarter?

You’ve probably heard a variation of the expression “cursing is the sign of a weak mind and even weaker character” at some point in your life. It implies that cursing is a form of compensation — that the only reason people use bad language is that they aren’t smart enough to express themselves properly.

According to a 2015 study, the opposite is true. Researchers compared general fluency — measured by a Controlled Oral Word Association Test (COWAT) — with taboo word fluency and animal word fluency.

The result, in Dr. Tworek’s words: “They noticed a trend. The more curse words that you can generate, the more regular words you’re generating as well. So it’s likely that you have a larger vocabulary on both ends.” Put differently, the more words you know, the more bad words you know. Fluency is fluency.

But wait! Before you run off to teach little Timmy the seven words you can’t say on television, let’s unpack this research a bit.

Correlation does not equal causation

Asked how she reacts to studies correlating cursing with intelligence, Dr. Tworek responds, “All I hear is my undergraduate statistics professor going ‘correlation does not equal causation.’ It literally rings in my head.”

“Correlation does not equal causation” means that you can’t make a conclusion about cause and effect based on a simple association between two things.

In the same way, there isn’t enough evidence to suggest a cause-and-effect relationship between profanity and brain power.

It isn’t an exact science

It’s also worth noting that these studies of cursing and intelligence … well, they aren’t really measuring intelligence. The concept is too complex to determine on the basis of a single variable.

As Dr. Tworek puts it, “I think if we’re going to do a fair assessment of intelligence, you really would need a full neuropsychology battery.”

Are there any benefits to cursing?

Anybody who’s been cut off in traffic or stubbed a toe can attest that whether it makes you a genius or not, swearing feels good. For many years, researchers have been working to put some hard science behind all the anecdotal evidence foul-mouthed folks have spent lifetimes collecting.

If you Google “the benefits of cursing,” you’ll find a lot of information, but it’s not all created equally. Many academics have speculated, for example, that cursing is an evolutionary adaptation that reduces the risk of physical aggression. Others talk about it as a way to build emotional intelligence and social bonds. These are interesting hypotheses, but they’re not provable.

While much of the literature on the benefits of cursing is theoretical, some ideas have been put to the test. Scientists have found correlations between cursing and:

It’s fun to talk about whether or not bad language = good people at a party, but the science to support those ideas is ultimately quite thin.

Instead, try discussing the findings around the impact of cursing on pain tolerance. They’re much stronger, and — depending on your luck— might come in handy someday.

One of the most common ways to measure pain perception and tolerance is a cold-pressor pain threshold (CPT). Basically, study participants put their hands in ice-cold water, and keep them there for as long as they can.

In 2009, a group of study participants submitted to a CPT. Half of the participants repeated a curse word, while the other half repeated a neutral word. That study found that the potty-mouthed participants kept their hands in the water longer — and perceived the test as less painful overall.

Unfortunately, the magic of swearing is born of moderation. A 2011 study showed that the more often you curse, the lower the impact it has on your pain tolerance and endurance. So, if you’re planning on sticking your hand in ice water for fun anytime soon, maybe watch your tongue.

At this point, you may find yourself wondering: Is this effect universal? After all, different cultures have different attitudes toward swearing. A 2017 study comparing the impact of cursing on pain tolerance in people of English and Japanese descent demonstrated that, when it comes to bad language, we’re more alike than we are different. While we may not use the same words — or utter them with the same frequency — the impact on pain is the same.

So, what about neutral replacements for vulgar language? Does screaming “fudge,” “shoot” or “dagnabbit” have the same impact on your body as the words they filter out? Could parents actually be rewarded for their self-censorship?

Based on the available research, the answer, sadly, is no. A 2020 study compared the physiological responses of individuals using four different words during the CPT. The first word was what we’ll oh-so-delicately refer to as “the f-word.” The second was a neutral word with no emotional connotation. The third and fourth words were “fouch” and “twizpipe,” made-up “new” curse words. The researchers discovered that, while talking about “fouching twizpipes” during the CPT did elevate emotional and humorous scores above neutral words, it didn’t reduce pain.

Should you be swearing more often?

We’ve all heard the saying, “if you don’t have something nice to say, don’t say anything at all.” Now that we know that swearing has some health benefits and, potentially, some correlations with positive traits, you may be wondering if that’s good advice?

Should we be changing our behavior on the basis of these findings? Could increasing our daily dose of f-bombs be our ticket into Mensa?

That’s not Dr. Tworek’s takeaway. “I think the biggest thing that I take away from these findings is to not make quick judgments about someone based on the way they present themselves.”

Intelligence is complicated, and there’s no perfect way to measure it. Dr. Tworek thinks that everyone, including doctors, should be focused on getting to know people. Instead of policing your language — or anybody else’s — try not to make assumptions about intelligence or character on the basis of this one data point.

No matter how colorful, we are all — each of us — is more than our vocabulary.

Can Milk Relieve the Pain from Spicy Food?

Pain and the Brain: What Is the Gate Control Theory? 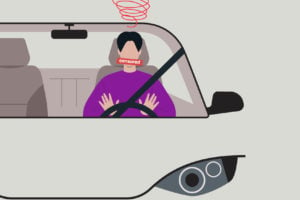 Learn how swearing and intelligence correlate, and what impact all those f-bombs have on your health.