What is it, and what are its effects?

Smokeless tobacco is not burned. Most people chew or suck the tobacco in their mouth and spit the juices that accumulate in saliva. Chewing tobacco — loose or in pouches — twisted rope,  snuff, and powdered tobacco are the most common forms.

“Because users set the chewing tobacco in the same place of their mouth every time, that’s where we’ll typically find visual signs of tobacco use,” says Eric Lamarre, MD, and specialist for head & neck surgery and oncology.

“The best way to avoid oral cancer as a result of smokeless tobacco is to never use it,” Dr. Lamarre says, “but if you notice sores or bleeding on the cheek or gums, that’s when you know you have a problem.”

Research shows a link from specific ingredients in smokeless tobacco to oral cancer. According to the U.S. National Cancer Institute, the culprit is a nitrosamine compound, or cancer-causing agent, known as (S)-NNN.  Nitrosamines are found in all tobacco products, but smokeless tobacco has very high levels.

Absorbing cancer-causing toxins into oral tissues and blood stream from the use of smokeless tobacco is proven to result in mouth, tongue, throat and esophageal cancer, but that’s not all.“In addition to the increased oral cancer risk, it can irritate and destroy gum tissue,” says Dr. Lamarre.

Smokeless tobacco has many ill effects that aren’t health-related too, such as cost. With a can of dip running about $6 a can, this can really add up over a year’s time.

What most people don’t know is that an average dose of nicotine in smokeless tobacco is 3.6–4.5 mg, compared to 1–2 mg for cigarettes.

“All forms of tobacco contain nicotine,” Dr. Lamarre says. “Because of the pleasant feelings nicotine provides tobacco users, those addicted tend to use more, decreasing the likelihood that the person will quit altogether.”

Wrong. Research in the Journal of Environmental and Public Health shows that the use of snus, e-cigs and hookah can have negative effects on individuals who have never used tobacco in their life. And e-cigs are becoming banned in more and more settings.

Once someone uses these products on a regular basis and they’re exposed to nicotine, they’re more likely to begin – or continue – smoking.“It’s a slippery slope,” Dr. Lamarre says.  “Your best option is to quit, and your doctors can provide help in getting there.”

3 Reasons Why Smoking the Hookah is Harmful

How Your Oral Health Affects Your Overall Health

7 Signs Your Painful Mouth Sore Could Be Something More Serious

Can I Get Cancer From Eating Red Meat? 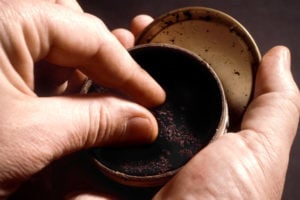