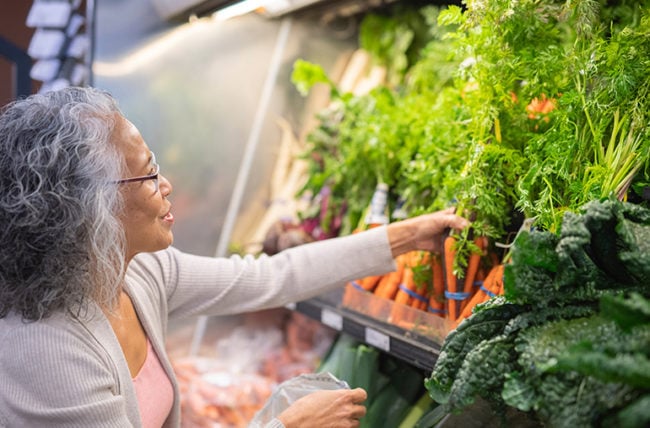 Maybe you’ve had a recent health scare. Perhaps someone you love was diagnosed with cancer. Or maybe you’ve worked hard, raised a family and are now looking forward to enjoying your golden years. No matter your reason for being increasingly concerned about your health, you may be able to make your years last longer.

A study published in Circulation determined that a woman who adopts these five low-risk lifestyle measures at age 50 would live 14 years longer than her peers who follow none of these habits. For a man, the gain would be 12.2 years.

It’s never too late to start

But you don’t have to be young to benefit, says preventive cardiologist Haitham Ahmed, MD, MPH, who has studied the same issue.

It’s really never too
late to start, even if you are age 65 or older.

A low-risk lifestyle is important for everyone, but even more critical for those who have been diagnosed with cardiovascular disease or have had a heart attack. “Your risk increases after a heart attack, so any steps you take to reduce this risk will have a relatively greater impact,” he explains.

The problem? We live too well

The average life expectancy in the United States is estimated to be 79 for a woman and 75.5 for a man — lower than that of other developed nations.

A prosperous life with too much food and too little exercise is to blame. Experts say the rapid rise in obesity and decline in physical activity are mainly responsible for high levels of cardiovascular disease in this country and many cancers.

These healthy habits are no big surprise

The five healthy habits identified for longevity are well known to cardiologists. “These are established lifestyle factors that have been shown to reduce future cardiovascular risk in multiple long-term studies,” says Dr. Ahmed.

Dr. Ahmed previously participated in a study that looked at the impact of four of the five factors above (alcohol use was not included) and arrived at the same finding.

“Many of the patients in our study were older than 65, yet those who adopted all healthy behaviors had a nearly 80% lower risk of death over the eight years of follow-up,” he says.

Explaining each of the 5 low-risk factors

The Circulation researchers classified a healthy diet as foods associated with lower risk of certain diseases in multiple clinical trials. This type of
diet is high in vegetables, legumes, fruits, nuts, whole grains, polyunsaturated fatty acids and long-chain omega-3 fatty acids and low in red meat, processed meats, full-fat dairy, sugars, trans fats and sodium. This is essentially what is known as the Mediterranean diet.

And some healthy habits are better than none

Only 1.3% of the 123,000 study participants assessed by the study researchers followed all five lifestyle habits. However, the more habits people followed, the longer they lived. This means that a low-risk lifestyle is not necessarily an all-or-nothing proposition.

“The more healthy behaviors you pursue, the more incremental benefit you will derive,” Dr. Ahmed says.

If you already follow one or
two of the habits, you will gain
additional benefit from adopting
one or two more. If you previously
smoked, or if you were overweight,
you would still derive benefit by
starting to eat healthy or exercising.

That being said, one of the five healthy habits — smoking — appears to have the greatest impact on longevity.

“If you could do one thing to reduce your risk of cardiovascular disease, cancer and death over the long-term, it would be to stop smoking or to avoid starting. Smoking avoidance prolongs life.”

How to get started on adopting healthy habits

If you’re not sure where to start, just keep in mind you don’t have to tackle everything at once. And it’s more likely to stick if you pick one healthy habit and add to it.

“Make one change, such as taking the stairs instead of the elevator, and stick with it for three weeks until it becomes your new habit. Then go to the next change. For example, eliminate regular soda from your diet for three weeks until your taste buds no longer crave the sugar. Then make another change. The benefits of these small steps will add up, and you won’t feel overwhelmed,” says Dr. Ahmed.

How Lifestyle Changes Can Help Kids Who Have Excess Weight 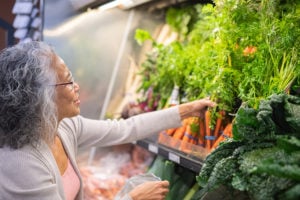 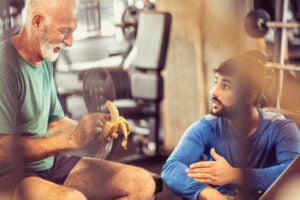 Want to Add Up to Another 14 Years to Your Life? Adopt These 5 Healthy Habits

How much do healthy habits matter? A lot! Here are five habits that experts say could add up to 14 years to your life.