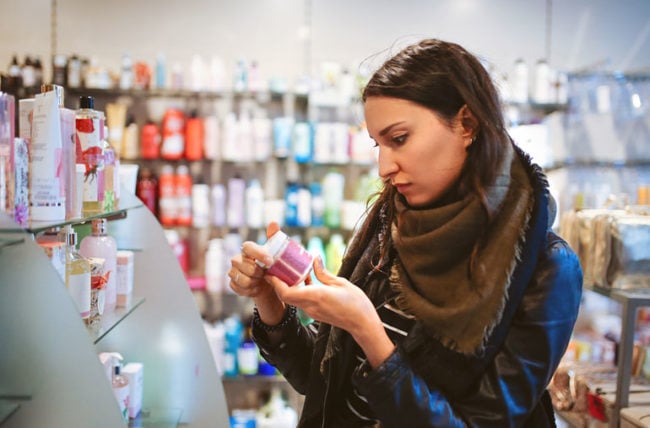 Have you ever perused the cosmetics aisle and noticed that some products say “paraben-free” and “phthalate-free” on their packaging? You know to mentally award these products some bonus points — but do you know what those claims actually mean?

Every day we come in contact with chemicals (including parabens and phthalates) that experts think, over time, could mess with how our body’s hormones function. These are called hormone- or endocrine-disrupting chemicals, or EDCs.

They’re in food packaging, household and personal care products, and even in the air that we breathe.

“They’re essentially everywhere,” says endocrinologist Shirisha Avadhanula, MD. “We’re consuming them, we’re putting them on our bodies, we’re being exposed to them, and most of the time we don’t even know it.”

If you just felt a twinge of anxiety, take heart — this doesn’t mean you need to throw away everything in your cabinets. But Dr. Avadhanula says that becoming aware of EDCs and paying more attention to the products you use is an excellent step to take.

“We should be really looking at the things that we’re buying and being conscious of the potentially disruptive substances that we’re not only putting in our bodies but on our bodies,” she says.

The intricate endocrine system is made up of many glands throughout your body, including the pituitary gland, ovaries or testes, and thyroid. These glands secrete hormones that enter your circulatory system and bind with receptors in other parts of the body, signaling to your organs and tissues what to do and when to do it.

The term endocrine-disrupting chemical refers to a manmade chemical that can interfere with your body’s hormone functioning. There are hundreds of chemicals thought to have hormone-disrupting effects, but Dr. Avadhanula says the most widespread and well-studied ones fall into four categories:

Some of these chemicals disrupt the endocrine system by mimicking hormones and tricking our bodies. Others block hormones from doing their job.

“EDCs can disrupt a hormone’s pathway at any point — from its secretion from the gland, or its transport through the circulatory system, or its binding to a receptor,” Dr. Avadhanula explains. “You can imagine that exposure to these chemicals would cause disarray in your body.”

Because of the various ways they can work, they are thought to contribute to an array of health problems over time.

Studies have linked high levels of BPA, for example, with heart problems and a greater risk of hormone-related cancers, among other things. Exposure to phthalates has been associated with decreased sperm quality. PCBs are thought to be especially dangerous to the health and fetal development.

“There’s also a suggestion that exposure to EDCs can potentially play a role in the development of obesity and type 2 diabetes,” Dr. Avadhanula adds.

But studying the effects of these chemicals in humans is challenging for scientists. Much of experts’ current understanding is based on animal research or studies of trends in large populations.

“It’s very difficult to measure some of these chemicals in humans, and there aren’t biochemical tests for many of them,” Dr. Avadhanula explains. Plus, we’re exposed to many of these chemicals at once, so it’s hard to isolate their effects. It’s also likely that those effects develop over long periods of time.

We need more studies to better understand the risk to humans, she says.

What you can do

Here are some tips for minimizing your exposure:

“We can’t underestimate the power of the single consumer,” Dr. Avadhanula says. “I’m happy that, as a society, we’re becoming a lot more cognizant of what we’re consuming, what we’re exposing our bodies to and the effects of our environment on our bodies.”

How Environmental Toxins Can Impact Your Health

Can Deodorant Cause Breast Cancer?

What Are Hormones and What Do They Do? 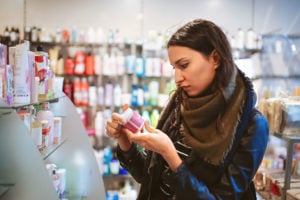 What Are ‘Hormone-Disrupting Chemicals’?

Every day we come in contact with chemicals that experts think, over time, could mess with our body’s hormones. Learn what endocrine-disrupting chemicals are and how you can be aware of them.