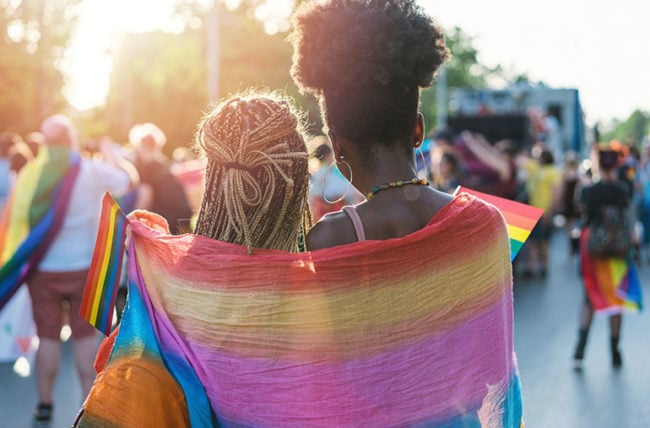 Poppers, or amyl nitrite, are a liquid chemical substance that produce vapors. When those vapors are inhaled, poppers provide a sense of euphoria and heightened sexual pleasure up to just a couple of minutes at a time. Used mostly as a party drug, poppers are unsafe and cause complex side effects that are harmful to your health. This is especially true when used in excessive amounts or for long periods of time.

LGBTQ+ health specialist Henry Ng, MD, shares why poppers have become increasingly popular and controversial over the last decade, along with some of the dangers and risks.

Today, poppers come in small plastic bottles and are commercially sold online and in retail shops. While not illegal to buy or sell in the United States, they’re illegal for human consumption and the U.S. Food and Drug Administration (FDA) doesn’t regulate the drug. Poppers are often marketed as room deodorizers, leather cleaners, VHS cleaners or nail polish removers.

Legality outside of the United States varies. In 2013, Canada banned poppers, citing adverse side effects. In 2018, Australia’s Therapeutic Goods Administration proposed a ban on poppers but ultimately reversed that decision in an effort to regulate amyl nitrite as a prescription-only medication. This reversal occurred because of protests from the LGBTQ community citing such bans as discriminatory and homophobic.

“Poppers are a product that’s been used to enhance sexual experience and function for quite some time,” says Dr. Ng. “But there are concerns that the use of poppers for sexual pleasure can have negative side effects that people haven’t been talking about or might not be aware of.”

Are poppers dangerous for your health?

Yes, poppers are dangerous and should never be inhaled. Inhaling the fumes from poppers can cause severe side effects, some of which may be fatal.

When using poppers, you’ll often experience a head rush, warm sensations throughout your body, an increased heart rate, dizziness and lightheadedness. These sensations can last from 30 seconds up to a couple of minutes at a time and are caused by a sudden drop in blood pressure. In some cases, people who use poppers complain of headaches as a result of the blood vessels in their brain widening. If your blood pressure drops too low, you run the risk of fainting or losing consciousness.

Causes irregular heart conditions that can be fatal

Your heart may also overwork itself. In an effort to get oxygen-rich blood to other areas in your body, you could experience tachycardia, when your heart beats more than 100 times per minute. If you experience chest pain or feel dizzy, you should go to an emergency room immediately.

Inhaling vapors can cause several irregular heart rhythms that can result in sudden sniffing death syndrome, where your heart no longer functions properly. This can even happen for first-timers.

Has adverse effects with medications

Poppers can also have negative interactions when used with other drugs associated with blood pressure, heart failure and erectile dysfunction. Medications like sildenafil (Viagra®) or tadalafil (Cialis®) also lower your blood pressure. When used together, this combination can lead to stroke, heart attack or death. This is especially concerning, as research suggests there’s been an ongoing increase in chemsex, or the recreational use of poppers and other drugs to enhance sexual pleasure.

If you spill amyl nitrite on your skin, it can cause severe chemical burns. The vapors from poppers can also cause cellular changes that lead to complex, chronic conditions. In some cases, you can experience maculopathy, or loss of vision, as a result of retinal damage. This loss of vision can be permanent. You can also develop methemoglobinemia. This blood disorder happens when your blood cells lose their ability to carry oxygen through your body.

“Even if there’s a normal amount of oxygen that’s breathed in by the lungs, the red blood cells actually can’t carry the oxygen because the normal hemoglobin in the red blood cell is altered and cannot carry oxygen correctly,” explains Dr. Ng. “As a result, people can develop symptoms like headache, dizziness, fatigue, shortness of breath, nausea, vomiting, rapid heartbeat, loss of muscle coordination and blue colored skin.”

Can you use poppers in a healthy way?

Use of any drug always carries some risk. It’s never advised to use inhalants like poppers. If you do, you can minimize the risks associated with them by avoiding skin contact, avoiding mixing them with erectile dysfunction medications and discussing safe-sex practices with your partners ahead of time.

6 Reasons Why You Wake Up Dizzy 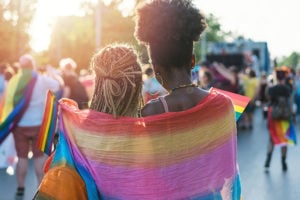 Used mostly as a party drug, poppers have become increasingly popular and controversial. Our LGBTQ+ health specialist explains what they are and the dangers and risks of this drug.