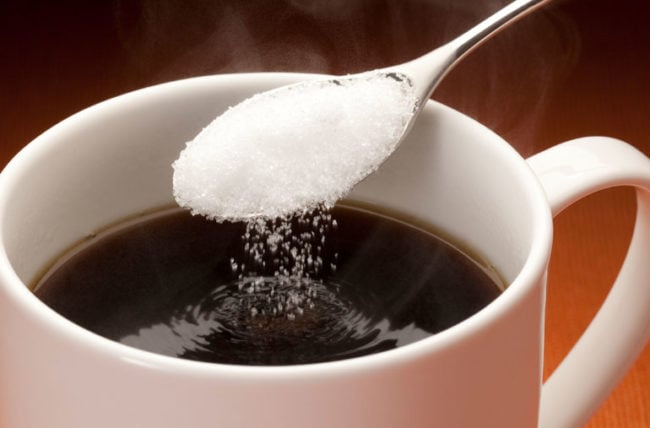 Sometimes, there’s nothing more deliciously tempting than a sugary treat. When you’re craving sweets, occasionally, you just feel the need to give in. We’re all human. We get it.

For people looking to cut down on added sugars, sugar substitutes can seem like finding the cheat code for healthier desserting. They’re sweet. They’re “better for you.” They get the job done.

So, when a new kind of sweetener hits the market, you might wonder if it’s all it’s cracked up to be.

Enter allulose, the new kid on the sugar-substituting block.

What is allulose? And is it the alternative you’re looking for? Registered dietitian Anthony DiMarino, RD, dishes about the new sweetie.

Allulose is a naturally occurring sugar found in figs, raisins, wheat, maple syrup and molasses. It’s sweet like table sugar (sucrose) but without some of sugar’s well-documented downsides.

You can find allulose for sale online and in some retail stores. Because it occurs naturally in very small amounts, the allulose you find packaged for sale isn’t its natural form. It has been created artificially by food scientists from fructose (fruit sugar).

“Chemically, allulose is similar to fructose, which is found naturally in fruits,” DiMarino explains. “It’s roughly 70% as sweet as sugar, so it tastes very similar. It is also not absorbed into the body, and therefore, does not contribute to your daily caloric intake.”

That sounds like a win for anyone who’s looking to cut back on sugar. But before you dive in, DiMarino walks us through the pros and cons.

Pro: Considered safe by the FDA

Allulose is approved by the U.S. Food and Drug Administration (FDA), which considers it “generally recognized as safe.” It’s also approved in Japan, Mexico, Singapore and South Korea.

DiMarino says Canada and European countries can have some stricter regulations for food safety than the U.S. Allulose hasn’t yet been approved for use in Canada or Europe. There, allulose is considered a “novel food,” which means it hasn’t been available long enough for sufficient testing, according to those governments’ standards.

Artificial sweeteners can get a bad rap for not tasting as much like the real deal as some people might hope. Anyone who’s experienced sugar-free ice cream knows that it’s just not the same as the sugared-up kind.

Studies suggest that allulose tastes pretty similar to the sugar you know and love. It doesn’t have the bitter or chemical taste found in some other artificial sweeteners. And research shows that people find the sweetness of allulose comparable to sugar.

Allulose contains approximately 0.4 calories per gram (or 1/4 teaspoon), compared with 4 calories per gram in table sugar. And because allulose isn’t absorbed by your body the way sugar is, those measly fractions of calories don’t count at all, DiMarino says.

Pro: No effect on insulin

Allulose doesn’t affect your blood glucose or insulin, making it a viable substitution for people living with diabetes.

Your dentist will thank you for this one. Unlike sugar, allulose isn’t metabolized in your mouth, which can help keep cavities and other dental problems at bay.

Con: It can be pricey

If there’s one thing you probably remember from high school economics, it’s likely something like this: low supply + high demand = higher price tag.

“Allulose is found naturally only in small amounts, and it takes some processing. That makes the price point higher than some other sweeteners,” DiMarino notes. “Allulose isn’t currently being widely distributed. You’re not going to be seeing it on the counter at your local coffee shop or in packaged foods, at least not yet. It doesn’t make financial sense at this time for companies to include it.”

And whether it would make financial sense in your household depends on your situation and your needs. Consider these current prices of sugar and sugar substitutes available online:

If consumed in large quantities, allulose may cause some stomach discomfort, including gassiness, bloating and queasiness. That’s true of most other artificial sweeteners, too.

And contrary to some popular myths, the National Cancer Institute says research hasn’t shown artificial sweeteners to cause cancer.

Allulose joins a list of eight sugar substitutes that have FDA approval. All are recognized for contributing to weight control, diabetes control and prevention of tooth decay:

The right sweetener for you will depend much on your taste preference and budget, DiMarino says.

“In many respects, allulose is pretty comparable to other sugar substitutes,” he continues. “Each sweetener has a different taste and texture profile. Beyond that, they are pretty similar nutritionally.”

If you’re looking to sweeten up your diet with a new sugar substitute, allulose can be an option to try. But DiMarino reminds you to remember that just because it’s not really sugar, that doesn’t mean allulose — or any artificial sweetener — is the healthiest way to give in to your sweet tooth.

“Your best bet nutritionally is always going to be a food-first approach,” DiMarino says. “If you’re looking for something sweet — and we all do sometimes — look first to fresh fruit and small portions of naturally occurring sugars, like those in honey, dairy or molasses.”

Is Monk Fruit a Healthy Sweetener?

Is Sucralose (Splenda) Bad for You?

Do Gummy Vitamins Work as Well as Traditional Vitamins?

Are Pickles Good for You? 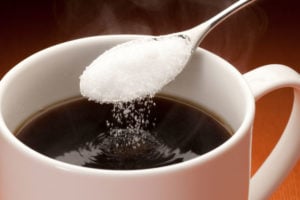 What You Need To Know About Allulose

Allulose is an FDA-approved sweetener that actually tastes like sugar. A registered dietitian weighs the pros and cons of this sugar substitute.