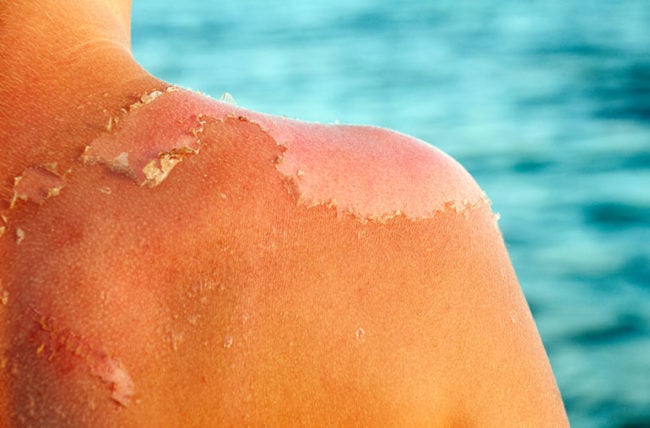 Sunburns are common and so is the mild itching and pain that can accompany them. But for certain people, a healing sunburn can turn into a temporarily unrelenting nightmare that’s appropriately nicknamed “hell’s itch.” Though it may seem like a comical name, the symptoms it causes are anything but funny.

What is hell’s itch?

So, what the heck is it? “Hell’s itch is this deep, painful, almost throbbing, itch that happens one to three days after a sunburn, often on the upper back and shoulders,” says dermatologist Melissa Piliang, MD.

People have described their experiences as feeling “like fire ants are biting you under your skin,” “wanting to rip your skin off” or “an uncontrollable itch that, when scratched, causes stabbing pain.” The symptoms seem to come in waves and typically relent within 48 hours.

Hell’s itch appears to only affect a small percentage of people. “Anyone who has a sunburn could get it, but it seems to be more common in fair-skinned people and people who have been at higher altitudes where the sun is more intense, like in the mountains,” Dr. Piliang says.

It’s unclear exactly why hell’s itch happens, but it may be due to damage in the nerve endings at the site of your burn, triggering an overreaction. It seems to happen more often with severe sunburns.

Most cases of hell’s itch can be treated at home, but “if you have blisters over a large area of your body, fever, chills, dizziness or confusion, you should see a doctor,” Dr. Piliang advises.

She suggests these at-home remedies to relieve your symptoms:

How to prevent it

If you develop hell’s itch once, you can get it again simply because it’s a risk for anyone with a sunburn. The only way to prevent it is to avoid getting a sunburn. Here are Dr. Piliang’s sunscreen tips:

8 Sunburn Relief Tips (and How To Prevent It Next Time)

Lime Juice and Sunshine Can Make for Painful, Unexpected Sunburn

What Can Vitamin C Do for Your Skin?

Why Do I Get White Spots on My Skin From the Sun?

Aloe Vera for Sunburns: Does It Help?

What’s the Best Sunscreen to Protect Your Skin — and Avoid Aging? 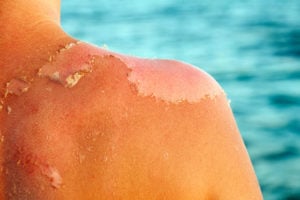 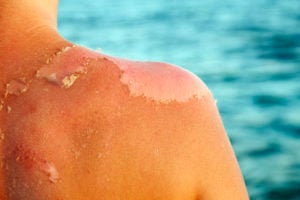 What the Heck Is Hell’s Itch?

Feel like fire ants are biting you under your skin? You could have a type of sunburn called “hell’s itch” — a funny name, but it’s no laughing matter.