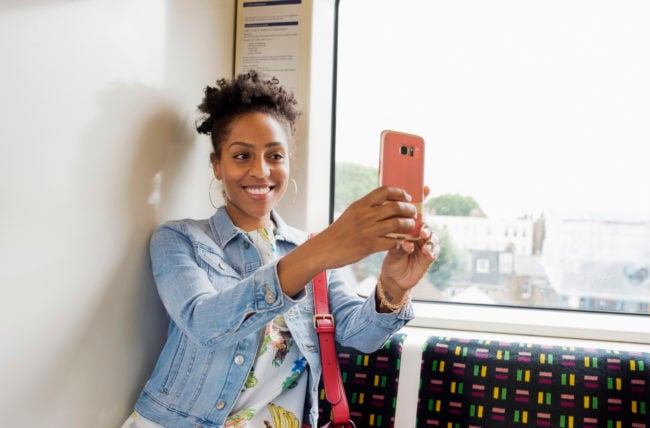 Many of us are guilty of posting a few selfies — those photos we take of ourselves with our smartphones  — on our social media accounts. But could taking and sharing too many self- images tell us something about ourselves?

Yes, says a recent study from researchers in India and the U.K., who looked at the selfie-taking behavior by a group of students. They found that the students had six motivating factors for taking and posting selfies:

Selfitis is not a mental disorder recognized by the American Psychiatric Association. But the researchers say their study can aid better understanding of psychological consequences, which may be positive and negative, of technology-related mental issues. In addition, the six factors they identified that appear to underlie selfitis could be useful for future research into understanding human-computer interaction across mobile electronic devices, the researchers say.

The study shows that people often post selfies to boost their mood or play a game of one-upmanship, says clinical psychologist Scott Bea, PsyD. Dr. Bea did not take part in the research.

“It ends up having to do with our brain chemistry,” he says. “By taking selfies and posting them, people are trying to treat their brain and stimulate positive chemistry. There’s a social comparison thing going on as well. We look at other people — they’re having great lives — I want to look like I’m having a great life too, so I post my best moments or best photos out on the internet.”

Focusing too much on ourselves tends to make bad feelings worse,” Dr. Bea says. Sometimes we will take measures to try to counteract those bad feelings — and those measures are not always healthy.

“When that self-awareness becomes intense, we’re often chanting about what’s wrong with us — it’s a place we go to experience low mood states such as anxiety and tension. It all comes from how we interact with thoughts, and many times, thoughts about ourselves or our futures,” he says.

Another study highlights the importance of selfies in some people’s lives. The distorting effect that occurs when we take selfies at a close range is prompting an uptick in people seeking plastic surgery simply to look better in photos on social media platforms.

Gaining control over our social media behavior comes down to setting limits for ourselves, Dr. Bea says.

“Stay away from your phone for periods of time – try not to access it – so that you gain governance,” he says. “When we’re getting involved with the emotional part of our brain, it  overrides our pre-frontal cortex – the part of our brain that helps make good decisions, plan and predict the future, and see the consequences of our behaviors.”

We don’t have to cut out selfies altogether to have a healthy relationship with social media, Dr. Bea says. Have some fun with photos and social platforms, but don’t let it rule your life.

6 Ways to Build a Healthy Self-Image

5 Ways To Care for Your Mental Health During Cholangiocarcinoma Treatment

How to Do a Digital Detox for Less Stress, More Focus

Is Pandemic Stress Causing a Rise in Eating Disorders? 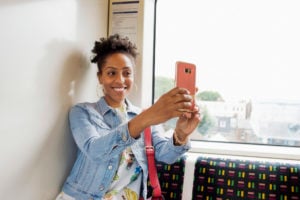 Many of us are guilty of posting a few selfies — those photos we take of ourselves with our smartphones — on our social media accounts. But could taking and sharing too many self- images tell us something about ourselves?