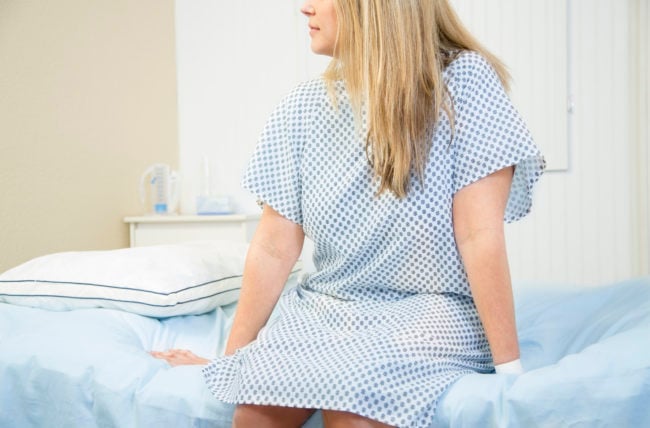 Do you ever bleed between periods — or experience what doctors call intermenstrual bleeding (IMB)? It’s not only inconvenient — it can make you worry too.

Often, a clinician will consider your age when evaluating the possible reasons for bleeding. Many young women have irregular bleeding for normal reasons, and breakthrough bleeding during the middle of a menstrual cycle is not uncommon.

However, no matter your age, it’s important not to ignore this symptom. If you notice spotting between your normal cycle times, contact your doctor for an evaluation. While bleeding between periods generally doesn’t signal a problem, there are times that it does.

Causes for bleeding between periods

There are many causes for bleeding between periods. Some of these reasons are:

When spotting occurs at the beginning or near the end of a woman’s reproductive years, such as puberty or near menopause, it may be related to hormones.

During a woman’s late reproductive years, such as in a woman’s 40s, the bleeding can be due to a benign growth, such as a polyp, fibroid, or growth on the cervix, vulva or vagina.

Other possible causes for spotting are bleeding disorders, pregnancy, cigarette smoking, infection (such as those sexually transmitted) or trauma. Rarely, bleeding between periods is due to cancer of the female genitalia or reproductive system.

What to do if you experience spotting

It’s important to track when spotting is happening and any other symptoms to share with your clinician.

You can make a few notes in a calendar on your phone or in a planner. Write down if you notice any major changes in the bleeding pattern or if the spotting is associated with symptoms that affect your daily life.

See your Ob/Gyn or advanced practice provider if the irregular bleeding persists, gets worse, recurs, or if you experience any postmenopausal bleeding or bleeding after sex.

Also, if this irregular bleeding is associated with other symptoms, such as easy bruising, dizziness, fever, abnormal vaginal discharge or abdominal/pelvic pain, let your clinician know.

Your clinician may perform a pelvic exam, obtain cultures or order blood tests or imaging to take a closer look. They may also change your medication.

Why Is My Period Lasting So Long?

What Does the Color of Your Period Mean?

Is My Period Normal? How Menstrual Cycles Change With Age 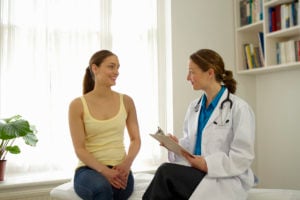 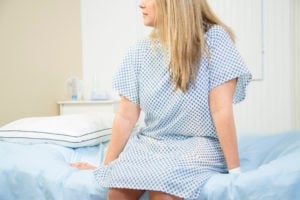 Bleeding Between Periods? How To Tell If It’s a Problem

Do you ever bleed between periods — or experience what doctors call intermenstrual bleeding (IMB)? It’s not only inconvenient — it can make you worry too. Find out what you need to know and when to see your doctor.