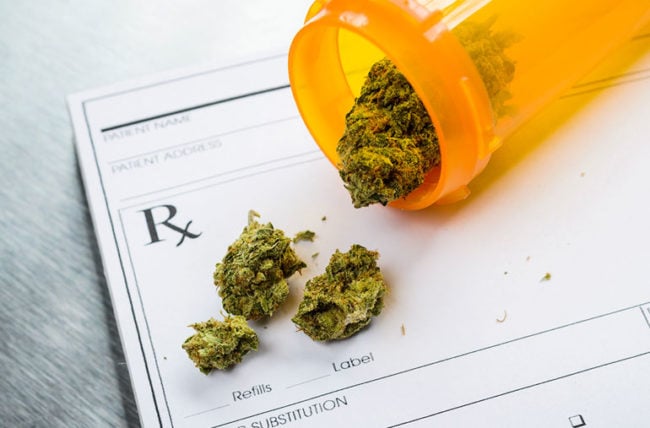 In recent years, the number of states that have approved cannabis for both medicinal and recreational use has grown substantially. Yet many doctors are still reluctant to endorse cannabis as a treatment for various ailments — and with good reason.

One group, the International Association for the Study of Pain (IASP), issued a statement in February 2021 saying, “There is not enough high-quality human clinical safety and efficacy evidence to allow IASP to endorse the general use of cannabis and cannabinoids for pain at this time.”

To get a better understanding of why the IASP issued the statement and what the group is looking for in the future, we spoke to psychologist Judith Scheman, PhD.

Who is the IASP and what did they do?

Made up of over 7,000 pain specialists from 125 countries, the IASP is the primary organization for pain specialists in the world. “The IASP is very interested in finding the best and safest way of helping patients manage pain,” says Dr. Scheman.

As the availability of cannabis increased thanks to legalization efforts, the IASP recognized the need to assess the risks and benefits of using it to treat pain. A systematic overview of cannabis and cannabinoids was especially important in light of the opioid epidemic of the last few decades.

The results of these reviews, as well as their statement, were published in the March 2021 issue of PAIN, the IASP’s monthly journal.

What did the IASP find?

The IASP took a detailed, methodical approach to their work especially given the prevalence of anecdotal evidence that claims cannabis can help patients deal with pain. Referring to the pharmaceutical companies that fueled the opioid crisis and the trauma caused by the resulting addictions, Dr. Scheman says, “The pain community is keenly aware of making recommendations based on claims made by people who may have other motives.”

In taking this systematic approach to reviewing studies and trials, Dr. Scheman says the IASP sought to learn everything that’s been reviewed with relation to cannabis and pain. “They wanted to find out what was out there. What does the science tell us?” she says. “And if you’re recommending something for chronic use, you want to know how effective it is over several years at a time.”

“They looked at a number of different areas because they wanted to know the basic science and clinical pharmacology of cannabis,” Dr. Scheman adds. What the group found, she notes, is a wealth of literature demonstrating that cannabis can be an analgesic (a drug that relieves pain). They also found evidence from lab studies that cannabis and cannabinoids might, biochemically speaking, be effective in helping with pain.

The problem, Dr. Scheman points out, is that when they looked at the evidence from clinical trials, they concluded the data that was available was of insufficient quality. “It can be confusing for the public because there are so many articles about the potential connection that relies on anecdotal evidence,” she says.

One reason some of the data from clinical trials is insufficient for the IASP’s purposes is what’s called the placebo rate. Also called the “placebo effect,” it refers to the rate of participants in a study that see an improvement in their condition even though they received the placebo, not the tested medication or treatment. “For drug trials, the placebo rate can be as high as 30% to 40%,” says Dr. Scheman. That high rate muddies the results quite a bit.

Another reason why there isn’t more research available for cannabis is also an obvious one. While dozens of states have legalized cannabis for medical use, far fewer have legalized it for recreational use. And at the federal level, cannabis is still classified as a controlled substance.

These legal obstacles mean there are far fewer studies available to review than with other potential medical treatments. And even then, Dr. Scheman says, there’s a difference between the cannabis that is studied in a laboratory and the cannabis you might buy at a dispensary in one of the states where it’s legal.

“There haven’t been a lot of studies done, most are of poor quality and they don’t give us clear results. What evidence exists from these studies is of low quality,” she says. “So the IASP’s conclusion was that the available evidence neither supports nor refutes the idea cannabis can treat pain. In the end, it may prove to be useful, but right now we don’t have that evidence.”

Concerns over the potential harm of cannabis use

While there’s much to learn about the potential benefits of cannabis, researchers also have to be wary of reported and potential risks. “We know heavy use by adolescents may lead to cognitive trouble,” Dr. Scheman notes.

Other risks noted by research suggest there could be a negative connection between cannabis and mental health conditions as well as cannabis and episodes of psychosis. There is also the risk of addiction and, as Dr. Scheman points out, there’s the issue of clarifying how cannabis use impairs people’s performance and judgment.

One more complicating factor, she adds, is that we still don’t have conclusive evidence about who, exactly, in the general population is at risk for those negative consequences and other factors that may play into those risks.

“When you take all of these things into account, you get the IASP statement,” she points out. “There are just too many unknowns.”

For the IASP, the research continues into how cannabis and cannabinoids could potentially help patients manage pain. Anecdotal accounts and politically-driven movements to legalize medicinal and recreational marijuana only cloud the issue for members of the public, causing confusion.

For the IASP, says Dr. Scheman, it’s about performing more research and following the data to make the best-informed decision based on the science. “In order for the medical community to recommend something, it has to be empirically validated,” she says. “That means that the data and science have to say, to the best of our knowledge, this information is true and accurate and this is what we need to do to best treat people. We can — and will —change our approach as the science shows results. But the results have to be there.”

While some studies proceed in the United States, others the IASP is following continue on an international level, as well, particularly in countries where cannabis is legal at a federal level.

For now, even as the use of cannabis, particularly for medical reasons, becomes more accepted socially, the scientific evidence remains inconclusive. “The evidence just isn’t there yet,” says Dr. Scheman. “That doesn’t mean we won’t get there, it just means we’re not there right now.

Can Coronavirus Live on the Bottoms of Shoes? 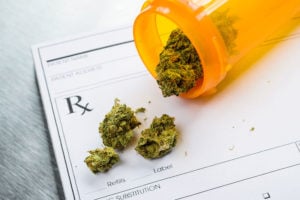 Despite a growing number of states legalizing cannabis, a major association of pain doctors have recommended against using the drug to manage pain.