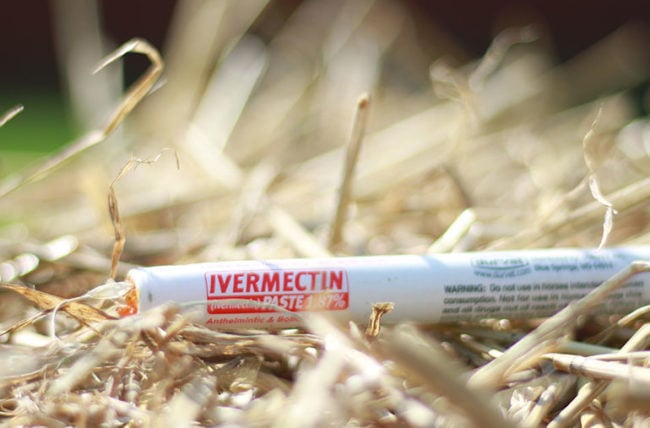 Extended periods of hopelessness and fear can push people to extremes sometimes. Case and point — the pandemic.

Before the vaccines arrived, many risky or unproven methods were utilized in desperate attempts to fight off COVID-19. Drinking disinfectants, taking fish tank cleaning tablets and upping amounts of vitamin D, elderberry and garlic were just a few things on an ongoing list of questionable “cures.”

And just when we thought it couldn’t get worse, another contender has entered the ring: ivermectin.

By now, you’ve probably heard about people taking large doses of ivermectin that’s been formulated for horses and cows. Ivermectin for animals is intended to prevent heartworm disease and other parasites. This version is safe for animals — not people. The higher doses of ivermectin in these formulas can be very toxic for humans, and that’s why they should be avoided.

However, ivermectin is available by prescription for people as well. It comes in oral and topical forms. These preparations have been approved by the U.S. Food & Drug Administration (FDA) and are used to treat parasitic roundworm infections like ascariasis, head lice and rosacea. They work by paralyzing and killing parasites.

What the studies have shown about using ivermectin for COVID

Not a lot. While ivermectin for people is being promoted as a “miracle drug,” there isn’t much data to support its effectiveness against COVID-19.

A trial in Egypt boasted a 90% reduction in COVID deaths when ivermectin was given to participants. This was considerably higher than FDA-approved treatments. It was later determined that the results came from a preprint and that the findings were a bit problematic. This study wasn’t formally published in a medical journal either. Another thing that stood out — one group of participants received ivermectin while the control group was given hydroxychloroquine instead of a placebo.

“Whenever we look at any medication or intervention, the gold standard for really looking at the efficacy of those interventions is to perform a well-designed, randomized controlled trial. Independent of this one study, there have been multiple randomized controlled trials that have looked at the use of ivermectin for different severities of COVID-19 infections. These studies have not reported seeing any signals that indicate effectiveness. The study out of Egypt had such an inflated outcome in terms of improved survival, that this drove a lot of the discussion around the use of ivermectin now,” says Dr. Duggal.

Animal ivermectin side effects in humans

The FDA issued a consumer warning about the effects of animal ivermectin on humans. As mentioned earlier, the higher doses of ivermectin in animal medications can be highly toxic for us. The toxicity can lead to several side effects.

The side effects of taking animal ivermectin for the coronavirus

Ivermectin overdose side effects include:

High doses of ivermectin can even lead to death.

While the FDA hasn’t reviewed any data to support the use of prescription ivermectin to treat or prevent COVID-19, they’ve stated that initial research is underway. They also urge people to consider that animal drugs are often highly concentrated, mainly because they’re used for larger animals like horses and cows. That’s why high doses can be very toxic for people.

“This is a medication that is used to take care of worms. It has no biological effect on viruses. You can take any medication and if you use strong enough doses, you can show an impact on living beings. That doesn’t mean the medication is safe for our consumption. With these studies, keep in mind that a laboratory petri dish is very different from the human body,” says Dr. Duggal.

What to do if you take animal ivermectin for the coronavirus

Get medical advice from your healthcare provider— not the internet

How can you protect yourself from COVID-19? By doing the things that the medical community has been encouraging us to do from the start —masking, washing our hands and maintaining a physical distance. Vaccination is also key.

“There’s a big concern is that people are using ivermectin in place of vaccination. That is very concerning, they are disregarding a COVID therapy that is proven to be beneficial (vaccination) and using something ineffective. This is a very big concern for us. The best thing that providers can do is disseminate this information to make sure people don’t rush into taking this medication which is not going to change their risk for COVID-19.”

Should You Be on PrEP?

Can a Monoclonal Antibody Reduce Your Risk of Getting COVID-19? 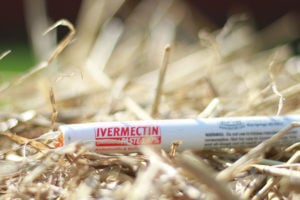 Why You Shouldn’t Take Ivermectin for COVID-19

Ivermectin for animals is intended to prevent heartworm disease and other parasites. In humans, it can cause illness and even death. Find out why you should not take livestock ivermectin for COVID-19 from a critical care physician.